Video Premiere: Sam Huber and Garrison Hawk are Gentle Giants in ‘Justice for All’

"The idea of myself & Hawk being 'Gentle Giants' delivering a message of peace and kindness is also a metaphor for how people should treat each other." 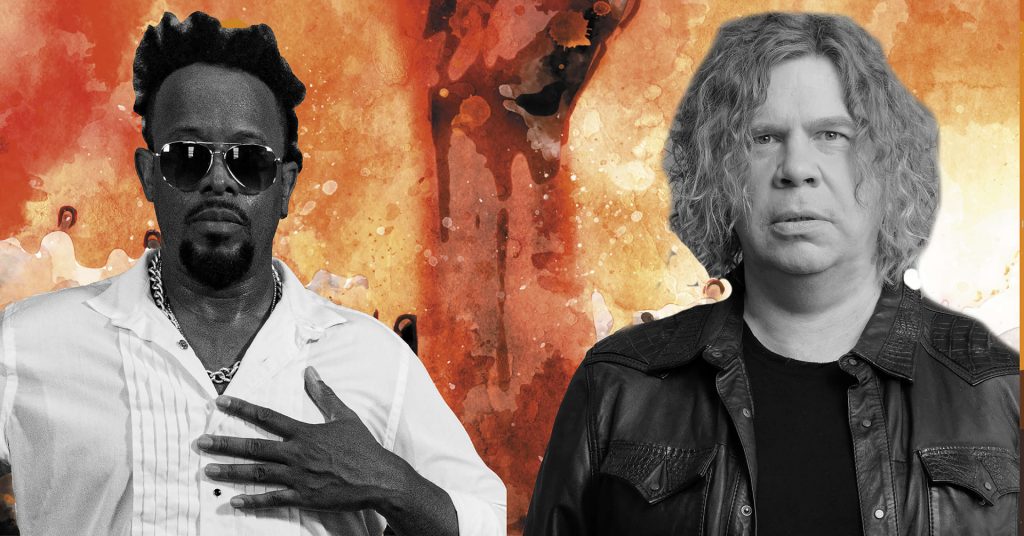 Helsinki-based singer-songwriter Sam Huber and Jamaican singer/dancehall icon Garrison Hawk have joined forces to present “Justice For All,” a protest song that asks the critical question, “Where is the peace and love?”

“I was working on some new music when suddenly I got a craving for really deep dub,” Huber notes. “I had a very specific sound in my head, so I started working it out. I was already thinking about Hawk when I brought it to Tomás (producer Tomás Doncker) and he picked right up on that. Those two wrote the lyrics and built the song off that nugget I worked up.”

“Justice For All” marks the third time Hawk (best known for his work with Tricky and TOOL – separately) and the Finnish funkster have worked together.

The song hearkens back to the golden age of reggae music, with interstellar dub constructs to boot. “I’ve come to realize he not only has a real passion about reggae and dub, he knows the music really well,” Hawk comments on Huber. “He understands it and respects it. I came in with the idea that I wanted to hear Sam do this, thinking it could bring him to another place in this music. He had this idea kicking around his head and knew where he wanted it to go. I went from his starting point, wrote some lyrics, Tomás wrote some more, we all collaborated and we built it and made it all fit.”

The video sees Huber and Hawk walking Earth like giants — nimble-footed gentle giants, that is, so as not to trample anyone.

“Tomás brought the basic idea for the video,” says Huber. “It’s sort of a tip of the hat to The Rolling Stones’ ‘Love Is Strong,’ but with a much deeper message.”