"I’m gonna do it my way. I feel like that is what this album is, and I don’t think I could have done this kind of album without going through that kind of heartbreak and realizing that the most important thing about my music is ME." If blues is truth, 'Hummingbird Tea' is a blues album. 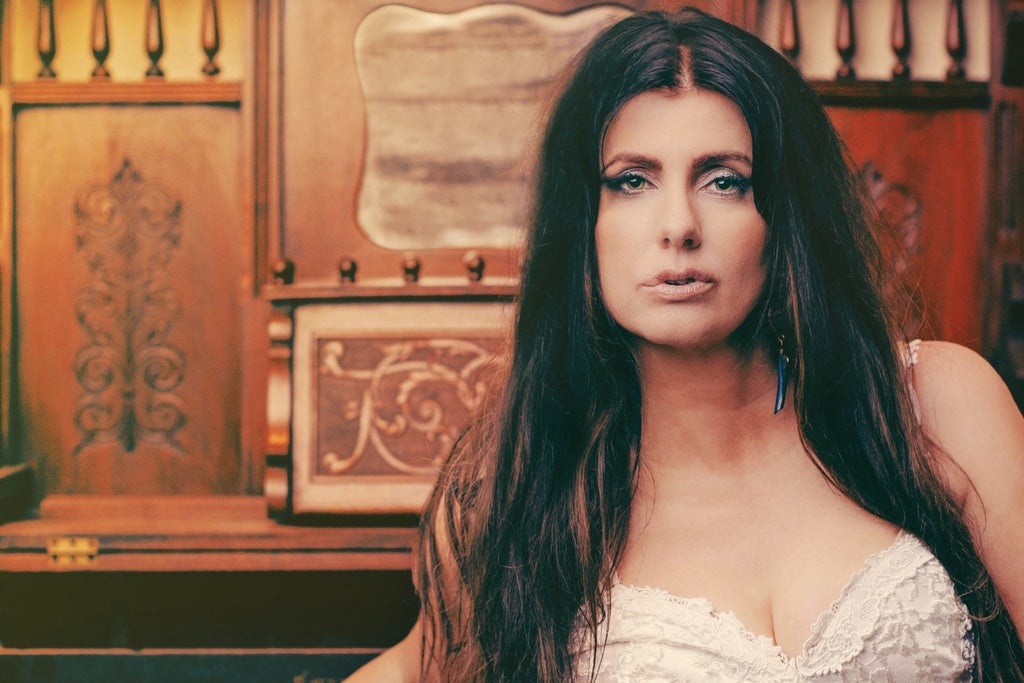 Where has she been hiding?

That’s the question I keep asking myself as I listen to Serabee’s new album Hummingbird Tea: 14 originals by a drop dead beautiful southern belle from the Louisiana/Mississippi border who sounds like she’s surfing her muse on a wave powered by the likes of Bonnie Raitt and Shemekia Copeland with a touch of a feminine yin to Waylon Jennings’ yang. I can easily imagine her on an arena world tour. Instead, she’s playing Morgan Freeman’s new Ground Zero club in Biloxi and releasing her first new album in 11 years on a boutique label Rabadash Records.

She’s recorded for Sony and Universal, but that’s ancient history. She’s spent more than a decade hiding under a rock playing bars in New Orleans. So, what happened?

TV’s reality show The Voice happened. An experience that almost destroyed her sense of self.

“When I signed with Universal, I thought, ‘Wow, this is it. I finally made the big time. I got a gig.’ Then, they (put) me on that show. It was horrible because I felt I was not able to be myself. I never thought it was going to go down like that. It was actually a horrible experience for me personally that a lot of these songs on this album are from that hurt and pain. I kinda sold out and was not allowed to show the world who I really was.”

There she was in front of the cameras and lights, the final round. It was between her and another contestant. And Blake Shelton picked the other contestant. Serabee smiled sweetly and watched her career virtually disappear for 11 years.

“I’ve always been a team player, and I was trying to be loyal and be a team player, too, to Monty Lippman who is at Universal. We were in the middle of doing an album. I was signed to Universal, and he had called me and said, ‘Hey, Sera. We (have this) show. You’re gonna have to audition just like everybody else, but I think it would be great for you. I think it will be a good buzz for when we put the album out. You’ll get exposure.’

“And I said, ‘Let me think about it,’ because, honestly, that’s not a putdown of anybody, but I’m not into reality shows because it’s not really reality. There are cameras everywhere that are writing out the script, and it’s casted. So, I’ve always been like I don’t really want to go and do that. It’s meant for singers, not really artists. It’s more Karaoke type stuff like sing along with the band.

“So, yeah, I smiled at the gig, and then I cried. It was a very humbling time in my life. (After taping the show) I was out in California, sequestered pretty much for two months in a hotel. I came home.  I’d signed a confidentiality agreement, and I wasn’t even allowed to talk to my family about what happened (or even) if I won. So, it was a horrible time because I knew the outcome.

“They still tell you to go promote it. But then I didn’t know they were going to edit out all my scenes. And here I was with my whole family in the living room with the big TV on to see my performance and they didn’t even show it.

“I’m glad that I did it even though I hate that I did it because it made me even more aware of my songwriting and how important to be myself, how important that is, and I think after doing that show I learned such a valuable lesson of never going out there and being somebody that I’m not and just following whatever somebody tells me to.

“I think from that I really decided then and there when that was over that if I’m going to do my music, and go out there and play and try and do it in the industry as well personally, I’m gonna do it my way. I feel like that is what this album is, and I don’t think I could have done this kind of album without going through that kind of heartbreak and realizing that the most important thing about my music is ME. And that’s what makes it. So, to go out there and be somebody that’s not meant to be a puppet, that doesn’t work.”

“At the time I’d been signed to so many major labels, and my head was just always thinking big, you know, major labels and major studio and shame on me for that ’cause he’d been trying to get me to record at his studio for years, and I ran away from that. No, I’m gonna go do a bigger situation.

“I feel like right now I’ve got more happening. I feel like I’ve created more of a buzz by doing it myself, doing the record I wanted to do with my friends at his studio on his boutique label than I ever did with major labels. So, he said, ‘Come. You can have the studio and see if you like it. Come for a week, and I’ll give you an engineer.’ Mac Hewitt was the engineer. So many great records, from New Orleans too, Allen Toussaint, Dr. John. He’s worked with The Neville Brothers. And he’s a great engineer.”

After that week, Serabee was recharged. “I was so excited. I called John, and I went, ‘I want to bring the band in and do a whole album. Give me two weeks and let me put the band together. We’re gonna come back.

“So, I did, and because it was during the lockdown, so many musicians were available, and they were not touring, like Shane Theriot, Hall and Oates guitar player and music director. If you ever watch Daryl’s House he’s the music director on that, but just amazing. He was the Neville Brothers’ guitar player, very very soulful. He plays like Curtis Mayfield.

“He has all these curly things I call ’em. I would say, ‘Play those curly things’ like I don’t even know how to explain. It’s like Curtis Mayfield. Eric Bolivar (drums) was available. They’re all touring musicians, and they were not doing anything. So, they were like yes! Basically, I got my dream team band, and we got in there. We basically cut 18 more songs on top of the 14 on the album.”

Several of the songs on Hummingbird Tea were co-written by Jason McConnell Stebly.

“Jason McConnell Stebly is my boyfriend. Jason and I have a very good songwriting collab. I mean I’ve written songs with the best songwriters in the business, and he’s my favorite co-writer. “When we sit and write, he plays guitar and piano. I play guitar, too, but I’m mainly a piano player and organ player. I don’t like to talk a lot about my boyfriend, but yeah, Jason is an amazing songwriter.

“He’s from Ocean Springs, Mississippi, and he is from the Walter Anderson family. I don’t know if you’re familiar with Walter Anderson. He’s dead now, but he’s a famous painter. He was known to be insane. He canoed himself out to the Horn Island. There are stories that he would tie himself to trees during hurricanes. So, a lot of his paintings are wilder. They’re beautiful scenes of nature. Jason is the grandson of Walter Anderson. His mother is Mary Anderson.

“I’ve been launched so many times. I feel like it’s the first time again.” After our interview Serabee sent me the following email. “In 2012, Doug Morris, who had signed me to Universal had La Reid call me to fly me up to NYC to sign me for a second time to Sony/Epic. I was about to sign with Mike Curb that week and was actually on my way back up to Nashville. I went straight to airport, stalled the Curb deal and signed with Doug and again they bounced me around to superstar producers, blew the budget, and never released an album before they dropped me after 3 years (Laughs) that happened too (thank God I can laugh now) Major labels, reality shows, fair weathered friends. I’d had enough and that’s when I decided to go do it myself and record the music I liked.”

If blues is truth, Hummingbird Tea is a blues album. The14 songs are all therapy, the outpouring of a woman who was betrayed by an industry that eats its young. One of the songs, “I’m Closed,” is a breakup song that’s really an allegory for the changes she’s been through as the result of getting involved with a reality TV show that’s more smoke and mirrors than it is truth. In a press release she writes, “I love how the lyrics are “see ya later gator” and a breakup song, but it’s not a ballad or sad. It’s fun & groovy, and you can dance to it with your friends and celebrate your new-found freedom!”