Whereas some of their predecessors expropriated their heroes, The Black Keys, like The Rolling Stones before them, have gone out of their way to actively thrust such blues legends as Junior Kimbrough and R. L. Burnside upon their audience to ensure that the long shadow of these masters is not lost to the darkness of time. 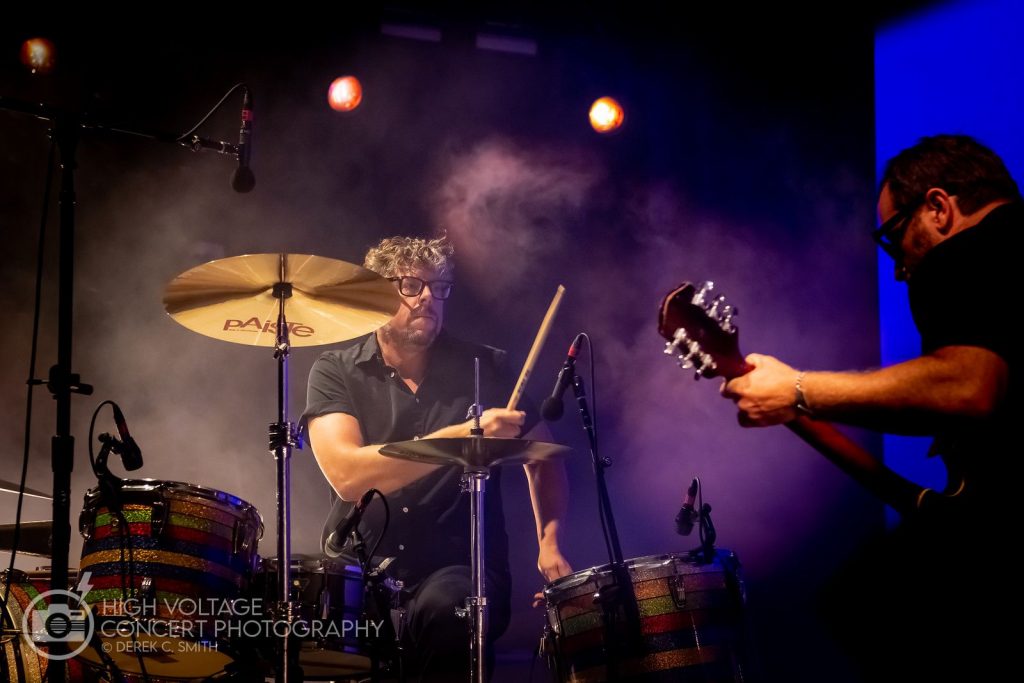 It’s late 2003. Long before the streaming giants existed.  And long before “social media.”  It was harder to discover new bands back then. Fortunately, my car had a thin, wide opening that accepted discs slightly smaller than 5 inches in diameter. Despite their compact size, these discs were capable of storing over an hour of music that, unlike the long-forgotten cassette tape, never had to be flipped or rewound in your stereo. On this day, I had the disc containing the soundtrack to the latest Jack Black movie, School of Rock, playing in my car.

I grew up in Ohio a “classic rock” fan and this soundtrack ticked off all the boxes. The Who, The Doors, Cream, Led Zeppelin, Stevie Nicks; It was a great compilation to satisfy my long-standing but stubborn musical taste. In my opinion, few bands could “rock” like these giants anymore.  Then Track 9 came on. It was a song called “Set You Free” by a band, The Black Keys, whose debut album, The Big Come Up, had come out a mere 18 months earlier. I was hooked. No, I was blown away. It was raw. It was lo-fi. It was blues-rock at its finest. Right then and there, I had my new favorite band.

Fast forward twenty years. Nothing and everything has changed for The Black Keys. The production is a little less lo-fi now that they’ve moved out of recording on 8-track recorders in drummer Patrick Carney’s basement, but the music is still as raw, dirty, muddy and swampy as ever.  Still blues-rock at its finest.

Despite their massive success and popularity, however, The Black Keys have never lost sight of their roots. Whereas some of their predecessors expropriated their heroes, The Black Keys, like The Rolling Stones before them, have gone out of their way to actively thrust such blues legends as Junior Kimbrough and R. L. Burnside (see the 2006 EP Chulahoma: The Songs of Junior Kimbrough and the 2021 LP Delta Kream) upon their audience to ensure that the long shadow of these masters is not lost to the darkness of time. Case in point: although Kimbrough and Burnside are no longer with us, The Black Keys enlisted Kenny Brown and Eric Deaton, two long-time band members for each bluesman, to not only assist in the recording of the songs on Delta Kream, but to also play those songs live with the band on their latest tour.

Importantly, Brown and Deaton were not mere backing musicians for Carney and Dan Auerbach at their recent stop at Pine Knob Music Theatre outside Detroit to support the 2022 release Dropout Boogie. Rather, they were brought front and center to ensure the audience’s history lesson was learned. And for the next five songs, school was definitely in session as Brown, Deaton, Auerbach and Carney rumbled through Kimbrough’s “Stay All Night,” Burnside’s “Goin’ Down South”, “Coal Black Mattie” and “Poor Black Mattie”, and John Lee Hooker’s “Crawlin’ Kingsnake.”

The rest of the evening was filled with new and old hits alike, such as “Wild Child,” “Gold on the Ceiling,” “Little Black Submarines,” and “Lonely Boy,” but it was that special set with Brown and Deaton that was the highlight.  I am always excited to see where The Black Keys will go, but it was even more exciting to see them publicly proclaim where they came from.

We must keep the blues alive, particularly for “mainstream” audiences like those of The Black Keys. The Black Keys are doing their part. Let’s hope the audience understood the assignment and are hitting the Kimbrough and Burnside catalog with the attention both men so rightfully deserve.