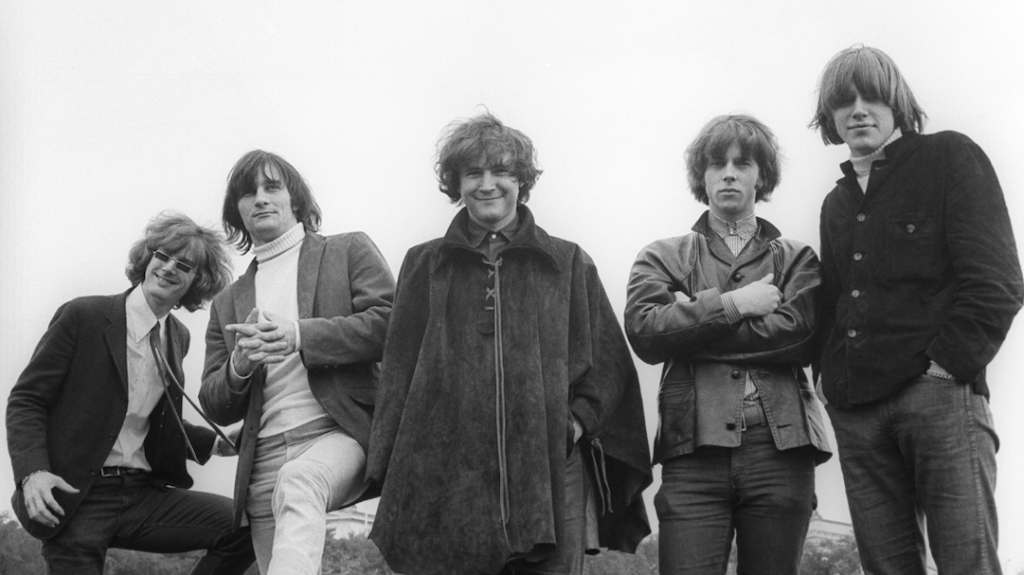 The Byrds: 1964-1967, a new large-format 400-page book is out now via BMG. Curated by the band’s three surviving founding members, The Byrds: 1964-1967 is now available in three versions, including a Super Deluxe Limited Edition signed by Roger McGuinn, Chris Hillman, and David Crosby.

The Byrds are iconic: Their cover of Bob Dylan’s “Mr. Tambourine Man” was a watershed for folk rock, psychedelia, and California aesthetics all in one. By incorporating country and jazz influences — as well as McGuinn’s lush 12-string Rickenbacker — they were an experimental pop band whose influence continues to be felt in modern rock, Americana, and indie music. “And not to be too shallow,” Tom Petty once wrote, “but they also were just the best-dressed band around. They had those great clothes and hairdos.”

Now the band’s three surviving founding members — Roger McGuinn, Chris Hillman, and David Crosby — have come together to present the band’s defining era in The Byrds: 1964-1967. The book features more than 500 images from legendary photographers such as Henry Diltz, Barry Feinstein, Curt Gunther, Jim Marshall, Linda McCartney, Tom Gundelfinger O’Neal, and Guy Webster, as well as restored images from the Columbia Records archives and the personal archives of the band’s original manager. It is truly a unique collector’s item for Byrds fans and any collector of photography books featuring the pop culture of the 1960s.

The Byrds: 1964-1967 is available in four editions. Each is an oversized 10.5 x 13 inch large-format presentation with more than 500 photographs across 400 pages. Printed in Italy on 200 gsm premium art paper, all versions feature quality thread-sewn binding and a luxurious quarter-bound casing. The standard edition retails for $125 and is limited to only 3000 copies worldwide.

All editions are expected to sell-out, so order soon at www.byrdsbook.com.