World Premiere Video – ‘Road to the Blues’ by Dave Thomas

Video for title track of 'Road to the Blues' released in June, 2022 via Blonde on Blonde Records 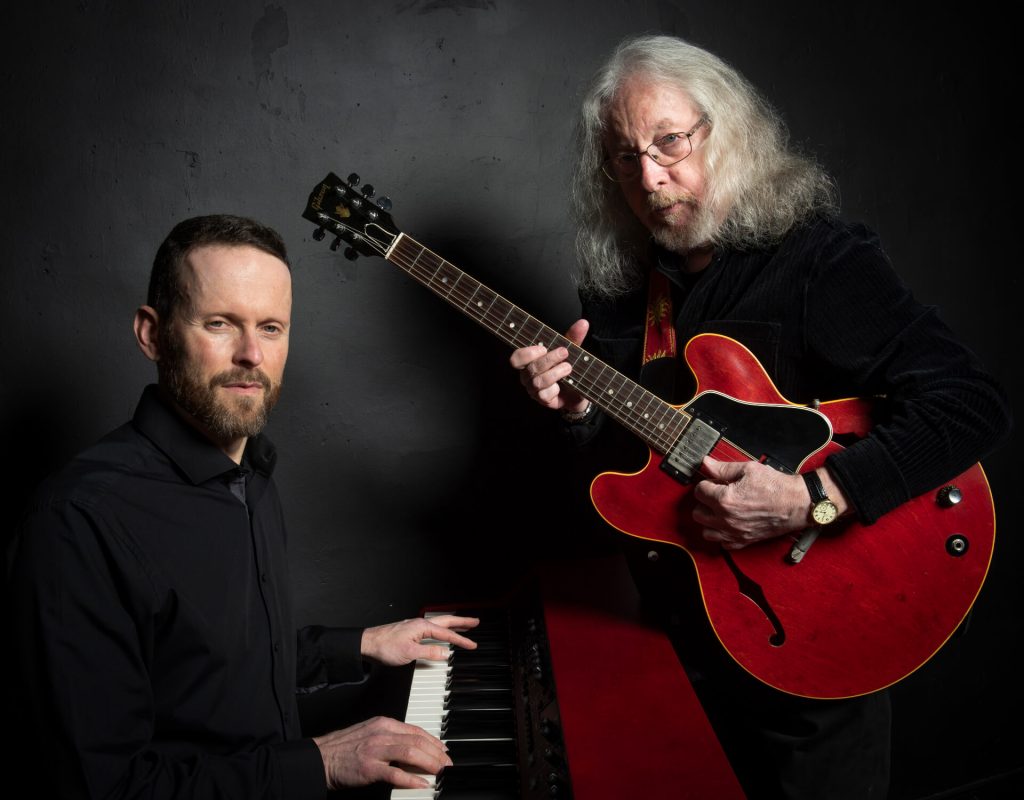 Dave Thomas is an admirable guitarist who eschews flash for taste, and his fretwork spruces up the baker’s dozen songs on his new release, Road to the Blues, rather than becoming their only focus. To the contrary, he often generously allows the superlative piano work by James Goodwin to be front and center while he provides a classy backing along with drummer, bassman, percussionist, backing vocalist, arranger. co-producer and co-writer Steve Jinks.

This Road may be emotionally bumpy, but it’s never cluttered. Sprinkled judiciously throughout are organ, horns, and harp, and they are well served by the album’s crisp, clean sound. Attention to percussion always, understandably, takes a back seat to lead instruments or even a rhythm section, but as proven in these tracks, the right piece at the right place can subtly elevate a song significantly.

The shuffling title track is dominated by beautiful Johnnie Johnson-like piano tinkling, an immediate example of Thomas’ aforementioned willingness to let his virtuoso keyboard man shine and set much of the album’s collaborative tone. Julia Smalley, lyricist on four of the songs, including this one, essentially provides the album’s mission statement: “This life’s no bed of roses, more like a hard bed of nails/There’s only one highway to choose / I’m on my way to the blues.”

The aim of the video for “Road to the Blues (the title track of the latest album) is to capture the feeling of the blues. It’s about the need to move on in a constant effort to escape the disappointments and difficulties of life. It is also about the acceptance that there is, ultimately, no escape.

The only consolation is finding the strength to carry on. The blues will get you through no matter how tough the going gets. The video includes some strong imagery: imagery that evokes drudgery, pain and the inevitability of death. The good news is that many of the other tracks on the album are much more positive and optimistic. For example, “Eye on the Money” is all about getting the band back on the road and “Winnebago Dreaming” is a tale of love triumphant.

Thomas is an internationally recognized blues musician – a singer, guitarist, songwriter, and band leader. He is truly coming into his best years yet after a lifetime devoted to the blues.

His musical journey began when he taught himself to play guitar and harmonica as a boy and he had his first band ‘Skid Row’ when he was twelve in Newport, South Wales. When he was eighteen, he was recruited by the seminal progressive rock band ‘Blonde On Blonde’ to be their new lead singer. After three years of recording and performing and with one single and three albums to their credit the band split up. Dave moved to London and joined Robin LeMesurier’s rock band ‘Reign.’  However, when it was announced that they were going to be ‘The Wombles’ Dave decided that it was time to get back to the blues!

Dave has never stopped performing, even when involved in a full-time career in advertising and marketing. He has been living in Norfolk for the past 25 years and between 2005 and 2015 he was the house band leader for Shake Down Blues in Castor, near Peterborough, where the promoter, Gerard Homan, brought some of the finest Black American blues musicians to play, many of whom have become friends and collaborators on various musical ventures. Dave visits the USA regularly, recording and performing with some of the living legends of traditional and contemporary blues. He has sung at the Chicago Blues Festival and in blues venues on the festival fringe. The city of Cleveland, Ohio, has honored him with an official citation for his services to the blues.