EXTC Live This Fall – Back In The States

This quartet interprets faithful renditions of favorites from XTC’s songbook and brings an incredible enthusiasm to the stage by putting their all into it. 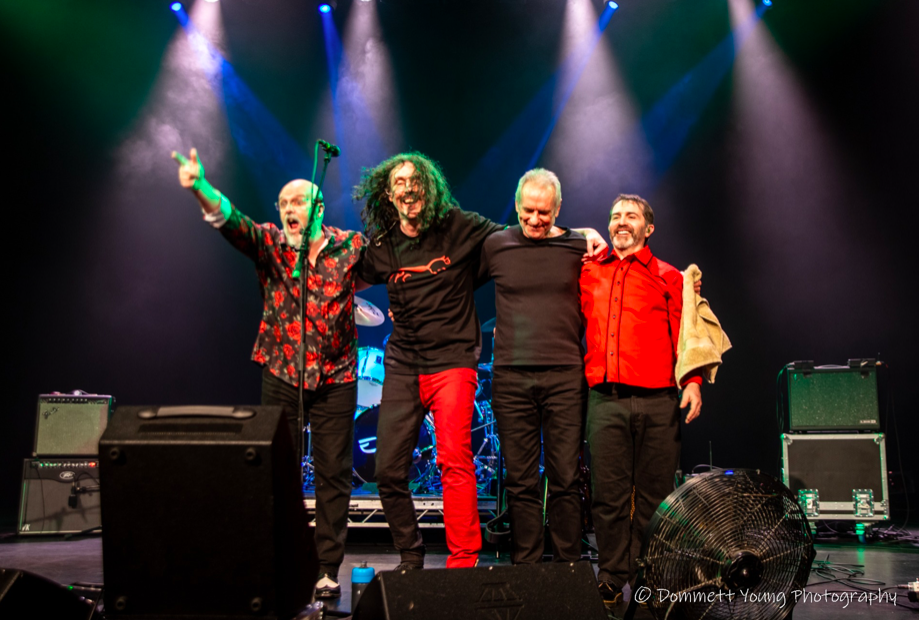 Last spring a reboot of XTC toured the states to an overwhelming response from fans. This version 2.0 is called EXTC and features original drummer Terry Chambers with a new ensemble of Steve Hampton on guitar, Matt Hughes on bass and Steve Tilling on guitar/lead vocals. They have impressive CVs and are tight with the XTC family.

For the doubting purists that tout this isn’t XTC without Andy Partridge or Colin Moulding, they are correct. So what? Audiences know this and don’t think twice about it. The band is upfront about the new line-up. Further, Partridge has blessed this effort and even came up with the name. A clever word play that relates yet creates a new identity.

The net result is that fans are hungry to hear XTC’s songs live and have really loved the show. Hearing songs that have never been played live before. Proof lies with the band returning to the states only months later. This quartet interprets faithful renditions of favorites from XTC’s songbook. They bring an incredible enthusiasm to the stage by putting their all into it.

EXTC fans who have tickets to fall dates are in for a real treat. At the shows a limited edition live CD from the spring tour is available for purchase. After listening to a preview of the ten track disc, there is no way that I would know this is not XTC. A real tasty nugget.

They are also working on new, original material. So expect to hear more from these guys.

Life begins At The Hop

The Ballad Of Peter Punkinhead

No Thugs in Our House

No Language In Our Lungs