Exclusive: Blues Guitarist Seth Rosenbloom Premieres ‘Did You Try To Break My Heart’

"I played my 1956 Strat on this tune running through my Two Rock and a late '50s Tweed Deluxe." 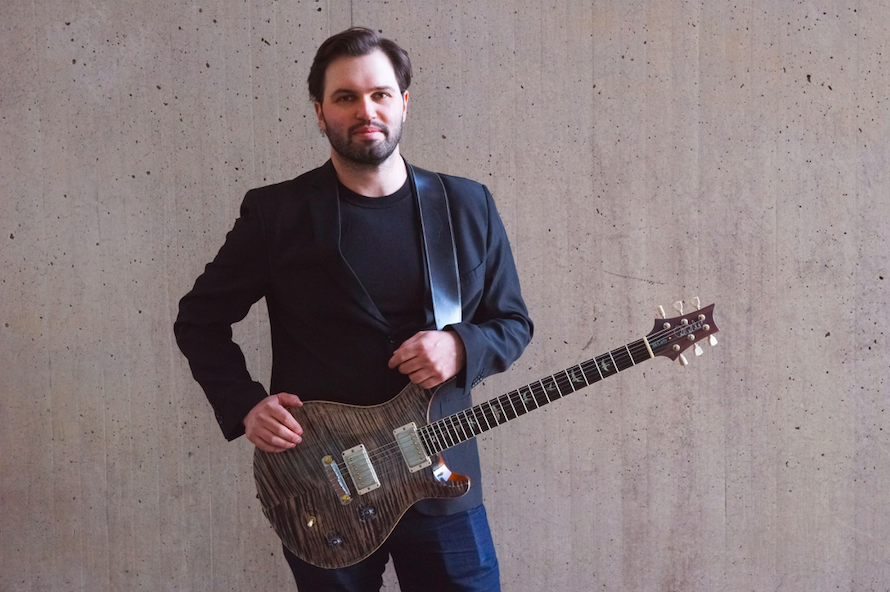 “For me, playing great music is all about being able to authentically convey a wide range of emotion,” blues guitarist and vocalist Seth Rosenbloom insists. “I was drawn to the blues at a young age because that has always been very evident to me in the blues.” He’s gearing up for the release of his latest effort, As the Crow Flies, out January 13, 2023.

The album builds on the strength of those earlier efforts with confidence and credibility, demonstrating why he ranks as one of the most assertive and authoritative artists operating in the blues realms today. Recorded over the span of four days during March 2022 at Rear Window Studios in Brookline, Massachusetts, it found Seth himself stepping into the producer’s chair.

Placing himself as producer was initially a challenge. “Yet having learned so much from working with Josh Smith on my last album,” he reflects. “I felt up to the task, and thanks to a great team, it worked out even better than I could have anticipated.” Rosenbloom is no stranger to making music, though. Born into a musical family and raised just west of Boston in Waltham, Massachusetts, he began playing classical violin as a child and took up guitar at age 11. Initially inspired by the music of Elvis and The Beatles, he earned a performance merit scholarship from Berklee College of Music by the time he was 16.

After spending a few years as an active sideman and in-demand clinician, Rosenbloom further expanded his reputation by spending much of the last few years on the road, introducing himself to newly enthusiastic audiences while demonstrating at each stop his clear commitment to his craft and his ability to share his verve and versatility. He’s toured all over the U.S. and the U.K. and even shared a stage with Joe Bonamassa.

As The Crow Flies in entirety resounds with impassioned vocal delivery from someone who also, through his own unique blend of technique and theory, specializes in the art of blues guitar. Chief among these examples is “Did You Try To Break My Heart.” With not just the idea of heartbreak but with the feeling that someone is deliberately trying to hurt you, this particular song was the result of a co-writing session with singer-songwriter/guitarist Sonya Rae Taylor.

Rosenbloom tells ABS, “I played my 1956 Strat on this tune running through my Two Rock and a late ’50s Tweed Deluxe. As was the case for the vast majority of the new album, we tracked the solos live with the band – my intention was to bring the energy of a live performance to the recording process.”