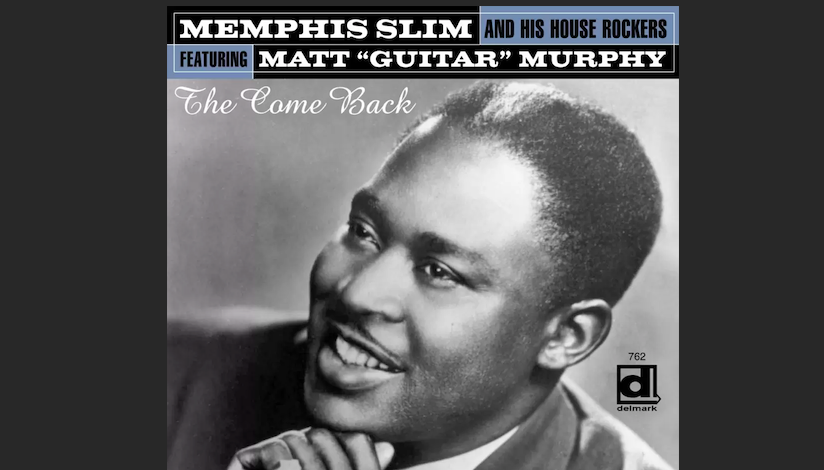 Welcome to Windy City Wednesday. In this weekly offering from American Blues Scene we share classic and sometimes forgotten blues albums from some of the most iconic Chicago blues men and women ever to grace wax. This edition focuses on the album The Come Back by Memphis Slim and His House Rockers featuring Matt “Guitar” Murphy.

The early 1950s, and particularly his United Records sessions have long been considered the very best of Memphis Slim’s repertoire on wax. Slim recorded four sessions for United; two of which became the Delmark release Memphis Slim U.S.A., and the other two The Come Back. Actually, although release second, The Come Back contains 13 tracks from the first two sessions, recorded in November, 1952 and June, 1953,

United Records was the first successful black-owned record company. Operated by Leonard Allen, tailor, retired policeman and obviously one of exceptionally wide taste in music, the two labels (United and States) issued some of the best performances in the jazz, blues, gospel and R&B idioms between 1951 and ’57. Delmark released this important body of masters, including many previously unissued, recorded in studios which pioneered high fidelity recording in the ’50s.