'Johnson's Whacks' was the first album by Blues Hall of Famer Jimmy Johnson on the Delmark label. 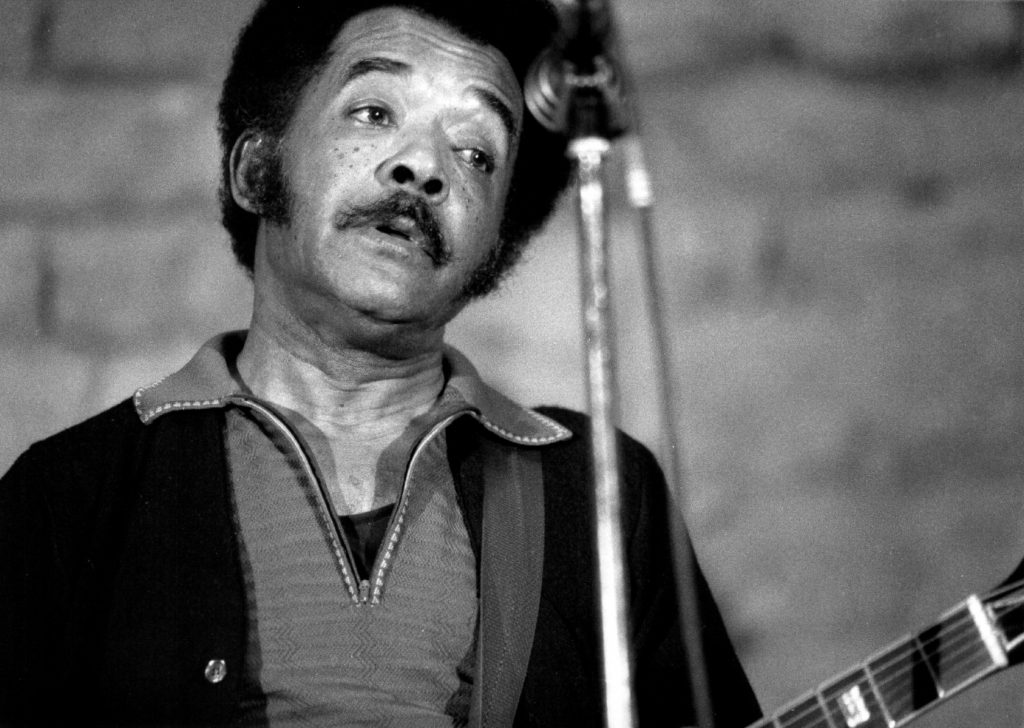 Welcome to Windy City Wednesday. In this weekly offering from American Blues Scene we share classic and sometimes forgotten blues albums from some of the most iconic Chicago blues men and women ever to grace wax. This edition focuses on the album Johnson’s Whacks by Jimmy Johnson.

Johnson’s Whacks wasn’t the first solo album to come from Jimmy Johnson, but it was his first on the Delmark label. When the album hit the streets at the end of the seventies, Johnson was heralded as being part of a new blues generation that could actually write fully-realized, mature songs (as opposed to borrowing or stealing jukebox standards). Delmark even printed a lyric sheet for that LP, a first in blues cover art.

Of the 10 songs on the album, all but two were written by the Jimmy Johnson Band. Jimmy provided vocals and guitar, and also blew harp on the song “Poor Boy’s Dream.” The rest of the band was made up of Carl Snyder on piano, Rico McFarland on rhythm guitar, Ike Anderson on bass, Dino Alvarez on drums, and tenor sax player Jerry Wilson.

Johnson’s Whacks was recorded on October 12th, 1978 and February 13th, 1979 at Sound Studios in Chicago. In his review of the album, Bill Dahl said, “Uncommon wit runs through the lyrics of this varied set, certainly one of the more intriguing Chicago blues albums of the late ’70s. Johnson’s high-pitched vocals are particularly soulful on the impassioned ‘I Need Some Easy Money’ and ‘Ashes in My Ashtray,’ while ‘The Twelve Bar Blues’ and ‘Poor Boy’s Dream’ are upbeat entries that don’t sound as comfortable for the guitarist. Johnson gets away with a honky-tonk reprise of Ernest Tubb’s country classic ‘Drivin’ Nails in My Coffin,’ but his rehash of Dave Brubeck’s ‘Take Five’ should have stayed on the bandstand.”

The song “I Need Some Easy Money,” won the award for Blues Single at the very first Blues Music Awards in 1980.