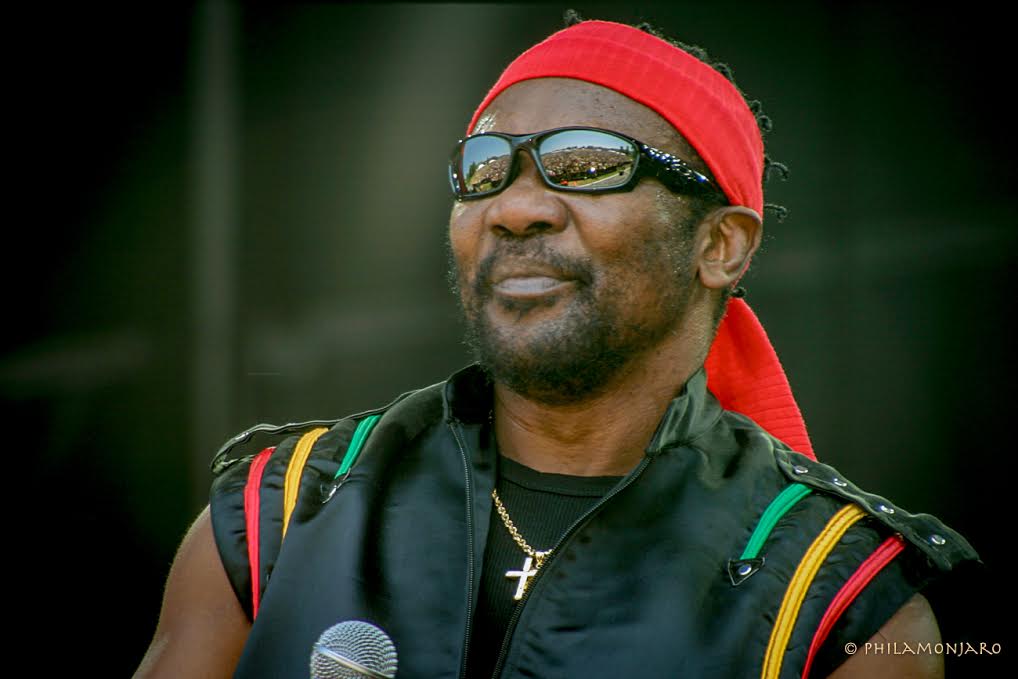 Toots Hibbert was born the youngest of seven children, born on December, 8, 1942 in rural May Pen, Jamaica. His parents were both preachers, and he was raised singing gospel in church. In 1962, Hibbert formed the Maytals as a vocal trio with Henry “Raleigh” Gordon and Nathaniel “Jerry” Mathias in Kingston, his soulful vocal style justly rendering him the “The Otis Redding of Reggae.”

Hibbert literally coined the word “Reggae” as a musical term in 1968 with the Maytals’ “Do the Reggay.” His songs have been sampled or covered by KRS-One, Keith Richards, the Clash, Izzy Stradlin and the Ju Ju Hounds, Sublime, The Specials, etc.

We lost reggae’s founding father back in September of 2020 due to coronavirus complications. Today, on what would have been his 80th birthday, we look back at the musical legacy he leaves behind, captured in ten important songs.

“I want you to know that I am the man/Who fight for the right, not for the wrong,” asserts Toots on “Bam Bam,” which won Jamaica’s first ever Independence Festival Song Competition. Their breakthrough song made known to the world what a powerful voice and force this guy was going to be.

Originally a labor song dating back to slaves singing “I’ll be all right someday” as they worked in the fields, “We Shall Overcome” evolved as a folk song and later became the anthem of the Civil Rights Movement. The song may be most associated with activists Pete Seeger and Joan Baez, but Toots achieved its most soulful version.

In the same year the last major piece of civil rights legislation was enacted, Hibbert sang, “I know, oh yes, I know, yeah / I’m going to live to see everyone free, free, free, free” in  “I Shall Be Free.” Always a man of well-timed hopefulness, the influence and import of his music will continue to sustain through times of civil rights struggles.

“Bla Bla Bla” is Hibbert’s response to the human tendency of throwing one’s weight around. And when I think of where the Maytals fit into the origins of ska/rocksteady, this is the song that comes to mind.

Lyrically, “Alidina” is simply about a girl with a taste for finer things who is too lazy to work. Musically, the major tonality and climactic vocals make it one of the Maytals’ most definitive tracks.

A funky, horn-heavy re-imagining of the old graduation walking march “Pomp and Circumstance,”‘ this song earned Toots and the Maytals another win in the Independence Festival Song Competition.

Hibbert resets the scenery of “West Virginia” to “West Jamaica” in his lilting rendition of John Denver’s “Country Roads,” and as only he can do turns it into even more of a sing-along.

2004 saw the release of True Love, a collection of Toots and the Maytals songs re-recorded with guest musicians. Keith Richards backs Toots up on vocals on “Careless Ethiopians,” originally on 1981’s Knock Out!

In 1967, Hibbert was arrested for marijuana possession, serving nine months behind bars. This setback would become one of the Maytals’ most popular songs, always greeted by a rousing fanfare. The song’s upbeat, catchy delivery belies its uneasy lyrics referring to his time in prison. He recorded “54-46 Was My Number” again with Jeff Beck.

The roots reggae icons returned in 2020 with the release of GRAMMY-nominated Got To Be Tough, their first LP in over 10 years. Produced by Toots himself, who also plays many of the instruments, the album features Zak Starkey on guitar, drums from one half of Sly and Robbie, Sly Dunbar, percussion from Cyril Neville, and a horn section arranged by Toots. The title track with its verse “Your days are getting shorter / Our youths are getting slaughtered / Things maybe hard, so hard / But we have to overcome it” addresses the exigencies faced by young black men in particular.