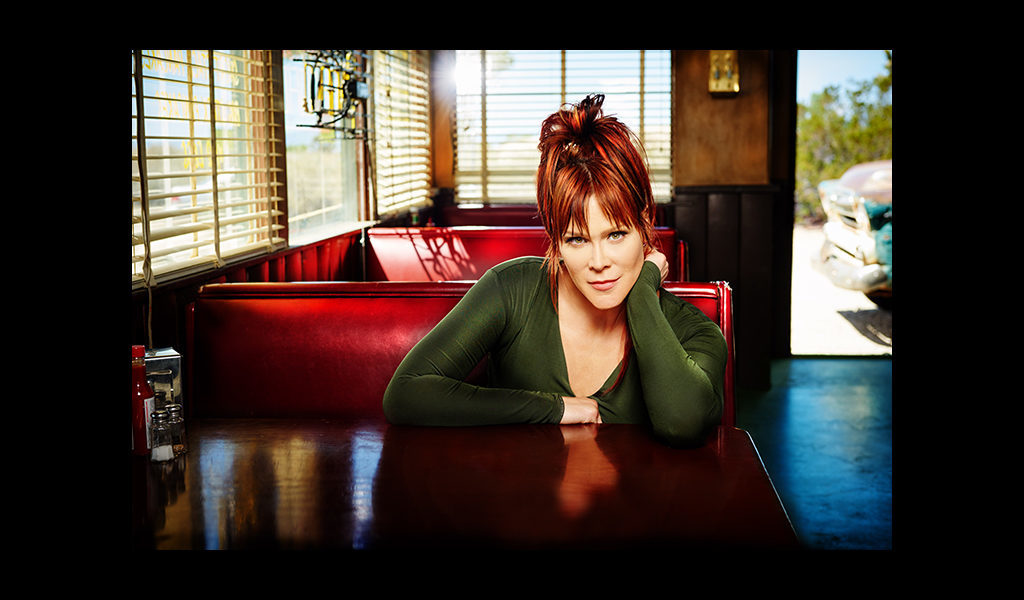 Beth Hart Is Getting Stronger Day By Day

She has the insight of Billie Holiday. Her voice has the power of Janis Joplin and the strength of Etta James. Her life has been hard from the start, but from an early age, Beth Hart has known what she wanted to do. “I remember looking in the mirror at myself when I was four and I in the little bathroom there and I said, ‘You’re gonna make music and you’re gonna do it for the rest of your life; don’t waste your time doing anything else. It’s such a funny little memory I have of being so young. But I remember thinking even when I said that I’m like, ‘That’s a really grown up thing to think, ya know?’ I just knew that I wanted to do music.”

Hart pauses for a moment, thinking, and continues. “I wasn’t into singing so much. I liked playing the piano, and I liked to sing Grease and Anne songs to my mom at night when she was going to bed. My brother would make fun of me behind me, and it was fun. I think I liked the attention I got from singing to her. I think what really moved me was the touch of the piano and the sound of the piano, and that really gave me a feeling of hope I think. We were all going through a really tough time.”

Since childhood, Hart has battled the demons of addiction and mental illness. Of course, as one gets older, experience and life present alternate options for caring for ourselves, and finding ways to overcome the obstacles that addiction and mental illness can place in our path to sanity, peace, and leading a productive life. These days, Hart takes an active role in her recovery and maintaining mental stability. “I do not go to any meetings at all anymore. What I do is I go to church and it’s really important that I have a close relationship with my pastor, and I follow what she tells me to do. Like listening to someone you’re going to hopefully have them show you the way like you would with your sponsor.

“Also, I have a 12 Step psychologist that I do all my therapy with every week. He’s in recovery and so he does all 12 Step style recovery work. So that’s my way that works for me now.

“Yeah. I had to stop going to meetings because my bipolar… There’s a lot of social anxiety that comes with the type that I have. I’m a Bipolar 1, Rapid Cycler. So really easily, if I’m around people that are sick and are not medicated, and there’s a lot of people going to AA that should be medicated, that are really truly mentally ill, then I end up being triggered. So, that was why I had to stop going, because there was a lot of that triggering going on.”

A friend and true bright spot in her life is her husband Scott Guetzkow, and she is grateful for his friendship and love every day. “I got super, super blessed with Scott. He’s just a wonderful, loving human being. He’s raised good. I don’t know what happened. I didn’t do anything to deserve such a guy like that. I don’t know really what happened. There must be a God, because he did send me a real angel, who really takes good care of me, and looks out for me. I don’t know how he does it. I don’t have that kind of love; I don’t have that thing. I wish I did, just so I could give it to him.”

Hart draws strength from another bright spot in her life; her never quit attitude. “The only thing as a kid that really mattered to me was that I wouldn’t quit. When I say quit, I mean you wake up, you go to the piano, you go to whatever instrument, and you work at learning how to tell the truth. For someone like me, coming from the kind of way that I started out in life, it was very hard for me to ever tell the truth. To tell the truth means I would have to break down all those walls of denial that really kept me safe from really feeling bipolar feelings, just tough stuff and childhood whatever.

“So, one of the beautiful things about music is it gives you an opportunity to learn how to tell the truth and it’s a life-long learning process. I feel like from the beginning, I’ve come a long way in learning how to break down some of those walls of bullshit denial, but it is a constant practice. I think that’s the whole goal for me is not quitting on practicing on how to tell the truth, and doing it through music; if that makes any sense at all.”

Hart’s latest album, Fire on the Floor, out today on the Provogue label, has been described as “an emotional release.” She had been working to resolve some issues on her previous album, Better Than Home. “To be honest with you, it’s actually pretty simple. I don’t ever go and write music for an album. That’s not something I do. I don’t go and write music for an audience, or a career; I don’t do that at all. I write basically all the time. I’m addicted to it. I go to the piano and I stay there for days, and I just write about all different kinds of shit. I don’t judge it; I just go with it.”

She worked with two new producers on Better Than Home, Michael Stevens, who had just had surgery for stomach cancer, and Ron Mathes. They pushed Hart to write from a different place, a different perspective that was not as dark as her previous work. “Two of the producers I was working with, Michael Stevens and Ron Mathes… It was a really painful experience. I was in and out of psych ward twice during that record, and this is just for the preproduction.

“All of this record [Fire on the Floor], was already written when I wrote Better Than Home. I just turn in the stuff I write, and I don’t care what song makes it on the record. I don’t really care about that because I would never turn in a song I didn’t love. I just turn in about 50 songs. They said ’No’ to a shitload of songs. Then they chose like, 14, and we went into New York, and we recorded in seven days, Better Than Home.”

Hart was in dire need of getting into the studio and laying down some music to heal her spirit. “I’m just really blessed because Ed was like, ‘You got it.’ And, he gave me a bunch of money, and I called Oliver Leiber, an old friend of mine, and I just asked him, ‘Can I send a bunch of songs your way? I want to make another record, and I wanna do it right away.’ So I sent a bunch of stuff and two weeks later, he had a great group of musicians. We had chosen 16 songs to do. I just made recordings of my stuff onto my phone from the piano, the guitar, or whatever I’m writing on. I’ll send that song to the producer, who then sends the song to the band. He made Fire on the Floor in three days; we were done! So, this album was done before I ever even mixed Better than Home.”

Even though Hart does not do “concept” albums, and she does not write songs “chronologically,” her albums do have a different vibe from one to the next. She explains: “Every record I make, is never like the record previous to it. A big part of the reason is that I work with different producers [on] every record I do. Every time you switch up producers, you’re gonna have a different sound. Every time. But, also as a writer, I write all over the place.

“So when I go to turn it into a producer, whoever I’m working with is gonna be attracted to specific styles that they feel that they could do a good job at. Really, the toughest part for me is making sure that whoever I choose to produce it – that I just have to turn it over. I am such a control freak.”

Hart is really excited as she talks about how pleased she is with how Fire on the Floor turned out. “Oliver really did a fucking killer job on this record. And, the musicians that he got …” Those musicians include Waddy Wachtel, Ian Neville, Rick Marotta, Brian Allen, and Leiber himself. The results are truly powerful and moving, keeping listeners riveted for the entire ride.

Before our time runs out, we want to know what advice Hart has for young artists just starting out, and those considering breaking into the industry. She thinks for a moment and then says emphatically, “I don’t think there’s really any way to go about doing it. The game is constantly changing, and there’s a lot of different games that you can play. I mean, there’s the pop route. There’s just being a fucking artist and doing your own thing and taking the bet are you going to get people behind you doing your own thing? There are so many different routes to go. There are so many different ways to get blocked and eaten up by it. I think that just happens whether you have pop success or if you are an “undergrounder” like me. I think it’s a tough game, no matter what. So, the first thing I would say is, whatever’s gonna happen, don’t ever, ever, ever let it be what sets your worth as a person or as an artist.

“If the loving is getting the applause, then fucking get out of it because that applause will come and go forever. Maybe you have something about it that heals you, or helps you. It can be like meditation, or prayer, or something spiritual because if it’s anything other than that, it will be in vain when it breaks your heart. And, it will break your heart, no matter what. Do it because you love it. Don’t allow it to dictate what kind of artist you are, or what kind of person you are.”