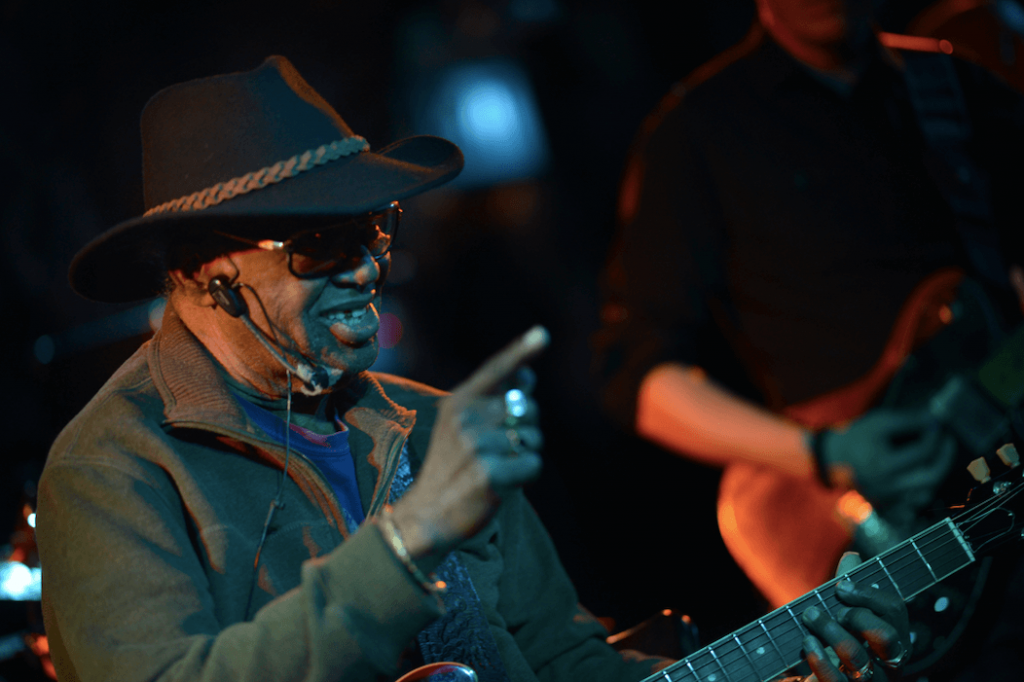 Linsey Alexander’s Live at Rosa’s is perfectly suited for the times we’re in. For post-war Chicago blues fans it’s a comfort blanket. No surprises, no attempts to push any envelopes. Just solid South Side Chicago blues beautifully recorded by the Windy City label that hasn’t wavered in its mission since Bob Koester founded it in 1953.

While Chess, VeeJay, Cobra and other small indie labels beginning in the early 50s were tweaking the newly plugged in sound with heavily produced music that spiked the live nightclub sets by A&R guys — particularly Willie Dixon, to create recordings to generate record sales — Delmark sought to capture the music of a plethora of artists just as they sounded live. Live at Rosa’s does the same thing.

Jimmy Reed put out a double LP in 1961 called Jimmy Reed at Carnegie Hall that actually was a studio recording with dubbed in audience response. Linsey Alexander’s CD is the yin to that yang. It WAS recorded live, but there is almost no audience response in the mix. I have to wonder if he was playing to an audience of 20.

Nicknamed The Hoochie Man, Alexander is a 77-year-old South Side axe-wielder whose biography borders on a stereotypical archetype.  He was born to sharecroppers in Holy Spring, Mississippi, moved to Chicago at age 12, and 20 years ago became a staple at Kingston Mines, a Chicago nightclub unique in that it is for all intents and purposes; two clubs side by side that features two acts a night, and fans move from one room to the other to listen to both bands.

There is continuous music up to closing at 4 a.m., two hours later than other Chicago clubs and therefore a late-night hangout for Chicago blues artists. In other words, this guy is a work horse well-steeped in how to please tourists and natives alike who want to hear the style that made Buddy Guy, A.C. Reed, Magic Slim, and B.B. King famous, all of whom he’s played with. And Rosa’s where this was recorded is one of many such clubs that cater to both natives and tourists.

Live at Rosa’s includes Freddie King’s “Have You Ever Loved A Woman,” Latimore’s “Somethin’ ‘Bout ‘Cha,” and “Ships On The Ocean” by Jr. Wells. He mixes it up with his own originals that fit comfortably among the covers: “My Days Are So Long,” “I Got A Woman” (not to be confused with the Ray Charles classic), “Goin’ Out Walking,” “Snowing In Chicago” and “Going Back To My Old Time Used To Be.”

So, if you’re watching the news terrified by each new twist of horror, relax with this recording that is both familiar and fresh.