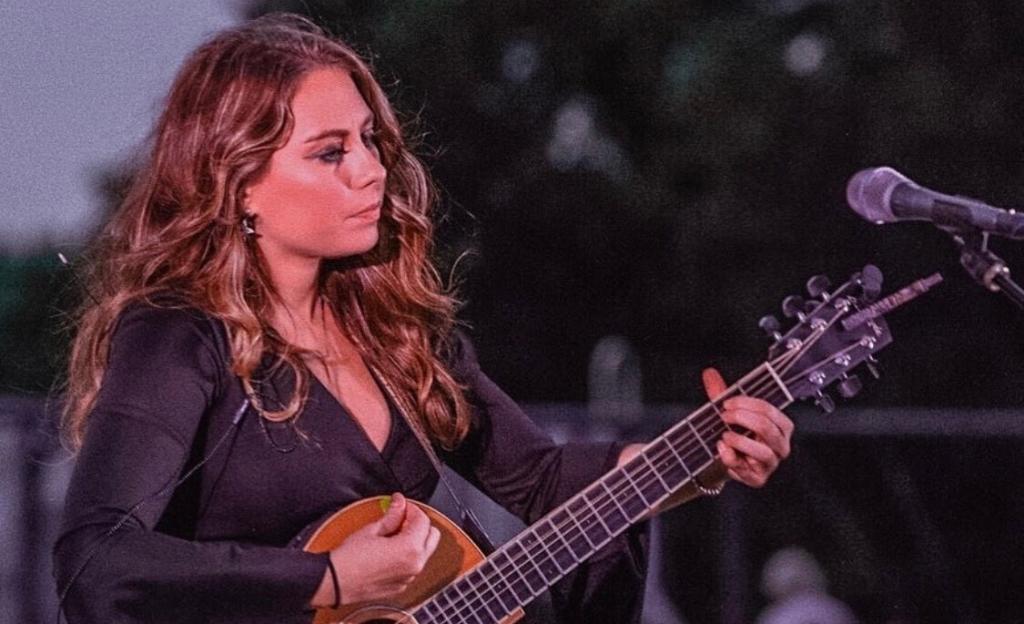 "I define myself as a singer-songwriter that’s not specifically tied to one genre. I think this generation is really about pushing past the old set barriers."

Born in southern New Jersey, Megan Knight is an incredibly soulful and impassioned singer-songwriter. Pulling from many different genres, Knight’s music is strongly defined by a contradiction; she perfectly balances confidence with vulnerability. 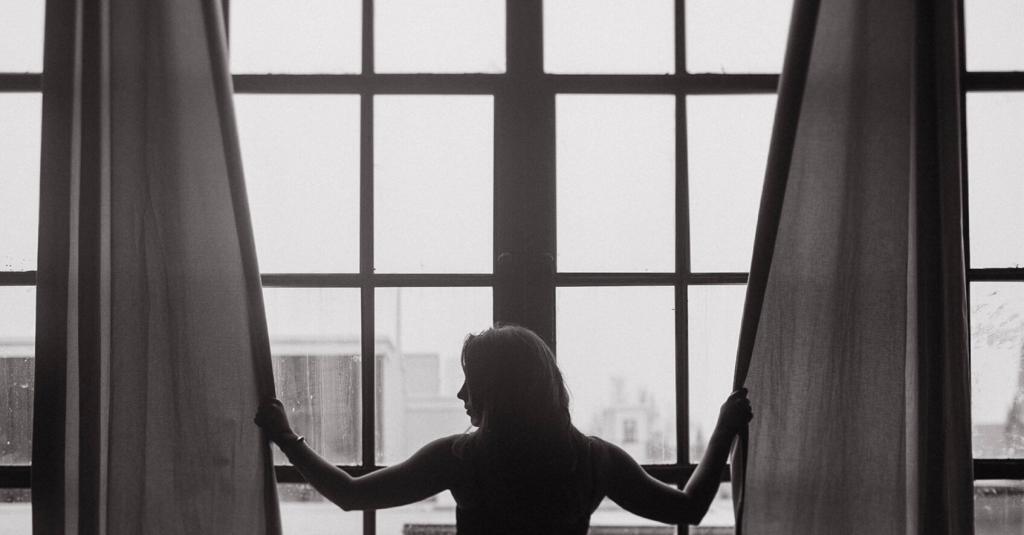 At an early age, Megan knew she wanted to make singing, songwriting, and performing her life long career. In 2012, at the tender age of 14, she released her first three song EP. This caught the attention of Grammy-winning songwriters, producers, and engineers in Nashville, TN and Muscle Shoals, AL. She found her recording family in Muscle Shoals where they embraced her as one of their own.

In 2015, Megan’s first full length eponymous album thrust her into the spotlight and she was awarded 93.7 WSTW’s New Artist of the Year Independent Music Award and was nominated for several songwriting accolades. In 2018, Megan released her first co-produced album State of Mind which earned her top regards with 93.7 WSTW. It was the EP of the year. In 2019, working with one of Nashville’s hottest producers she released Bad Decision. Her co-produced covers, “Six Feet Under” (Billie Eilish) and “Heart Shaped Box” (Nirvana), are available on Spotify and iTunes. 2020 is shaping up to be another exciting year for this steadfast songwriter. She is scheduled to release a 4 song EP later this year. At 22 years old, Megan has again teamed up with her Muscle Shoals recording family to find her roots, reach the masses, and continue the next chapter of her career.

Who are the artists that inspire you and what Blues artists do you like?

Initially, my parents brought me into music. They are extremely into it. I grew up listening to a ton of ’90s alternative from my dad. He played a lot of Pearl Jam, Dave Matthews, Tom Petty, and Nirvana to name a few. My mom on the other hand listened to a ton of Pop, Old Country, and Classical music. I picked up the guitar at a very young age and I taught myself. Right off the bat I started writing my own songs.

One day I played a backyard party and a man approached me and told me he had connections in Alabama. He asked if he could play my music for some people he knew. My jaw dropped and I instantly said of course! A few weeks later I heard from a producer named Gary Nichols who was in a Bluegrass band called The SteelDrivers. He asked me if I’d like to record in Muscle Shoals, Alabama and that’s when I really started getting into blues music. Percy Sledge, Etta James, Aretha Franklin, and Wilson Pickett became inspirations for me because they are the soul of the Shoals. I started listening to a lot of that music and that’s how I got into the soulful side of things.

What does Muscle Shoals mean to you and what’s it like working there?

Muscle Shoals is an amazing place. I am currently back in Alabama working on a new EP. I am really excited because I am co-producing it with Jimmy Nutt who engineered the Grammy winning record for The SteelDrivers. I am also working with James LeBlanc who is a phenomenal well established songwriter and frontman of the band James LeBlanc and the Winchesters. James’ songs have been recorded by Martina McBride, Rascal Flatts, Jason Aldean, Kenny Chesney, and Travis Tritt. There are so many magical songwriters in Muscle Shoals. It is completely insane and an honor to work with them. It definitely has changed me as a songwriter; you learn a lot really fast.

I co-wrote all of the tracks on my upcoming EP with Jimmy and James. It’s been such a cool recording experience because it has been a very raw process. We all gathered the first day and we sat in the control room with a blank sheet of paper. They asked what I was shooting for and I told them I wanted to write vivid stories. I want to combine the Shoals’ sound with the popular contemporary sound of Nashville. With this record we really focused on merging the two. I told them of a few things that were going on in my life and we kick-started our first track right away. The three of us together have a rare click. Each day in the studio we’d finish writing a song and track out a demo of it in the same day. All of the demos we made together from our writing sessions wound up being the backbone of the project. It has been really cool.

How would you define your musical sound and style?

I define myself as a singer-songwriter that’s not specifically tied to one genre. When I listen to this record I hear a lot of inspiration stemming from blues that’s deeply rooted to that classic soul of the Shoals. I also hear hints of the Nashville alternative sound. I think this is because my inspirations are all over the place. I listen to a ton of rock, pop, country, Americana, and alternative music. The contemporary sound of Nashville now really combines inspiration from all of those genres so I think this generation is really about pushing past the old set barriers. 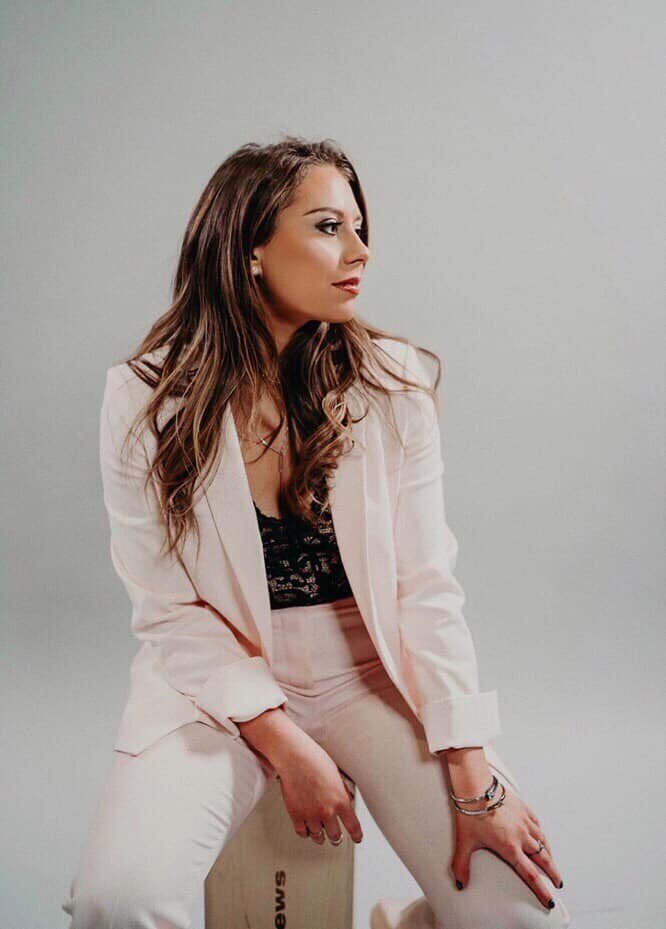 Can you talk about your American Idol experience?

American Idol was an amazing experience. I decided that I was going to audition because a lot of my supporters wanted me to try out for Idol and have been asking for years. Eventually, I received an email from a talent scout asking me for a private audition. I thought it was a sign and I gave it a go. I sang for the producers and they said they would give me a shot in front of the judges. A few months later, I auditioned for the judges in Washington D.C. It was very crazy because out of a crowd of people they randomly picked me to sing on a yacht. It was weird as I had no idea what was going on leading up to it.

On Idol there are many stages you have to go through. People don’t know about this. You have to sing your songs for the producers because they have to o.k. them. I was bouncing around for hours going to different places. All of a sudden, there was a weird energy and they ripped my mic pack off. They put a new one on me and were rushing me around. I was trying to fix my shoe and I was told to leave it and we sprinted to another location. They had me stand in front of a silver Idol sign next to a yacht and they wanted me to play my guitar and sing. It was kind of awkward and I thought they were recording B-roll. I turned around and the judges popped out from behind me. They asked me something along the lines if I wanted to have a yacht party. They led me up to a helicopter pad on the third floor and I sang some songs for them. It was so unreal. Believe it or not I sang three songs because helicopters kept flying over. For my aired audition they cut the whole build of the song because a helicopter flew over during the song. It was disappointing as the acoustics were bad. It wasn’t the best scenario but I am very thankful for the opportunity even though it didn’t showcase my voice as well as I would have wished.

I absolutely love co-writing as I feel it has developed me as a writer. You can only do so much to become a well established writer on your own. I feel it’s a whole other level when you throw yourself in a room with a blank piece of paper and other brains. It really opens you up to a whole new world because you think about things in a different way. Working with the guys in Alabama has been amazing. They have the experience that I don’t have. I feel a lot more inspired to write after working with them because it really has unlocked a lot of the creative roadblocks for me. I think co-writing is important because I believe it helps you evolve as an artist. I think everybody should get into co-writing.

Who are the acoustic performers and singer-songwriters you like?

Damien Rice and Glen Hansard are my favorites. For the most part they perform by themselves with an acoustic guitar and I find that very empowering. Sometimes I feel that I have to work really hard and get a great band to make it but they prove at the end of the day all you need is yourself. Ed Sheeran also did this. All people truly want is a connection and something that they can relate to. People want to feel something. These artists bring me back down to earth when I get a little out of control and start stressing out. You just need yourself, a guitar and your stories.

Where do you envision your career going?

My big goal is to travel the world playing my music. I have a few friends in Alabama who have made it happen. There’s a great artist from The Shoals named Jason Isbell. He grew up with everyone that I am working with so I get to hear about the stories of him coming up. He’s a very well established artist and I really look up to him. I’d also love to get more into writing songs for film and television. I had my first original song placement on a show called “Racing Wives” on CMT in 2019. I’d love to focus more on getting those types of placements as well.

*All photo images courtesy of the artist 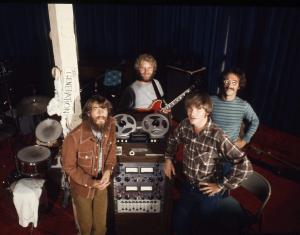 Now, a half a century after its release, Cosmo’s Factory will gain a new vibrancy, thanks to the exacting process of half-speed mastering. 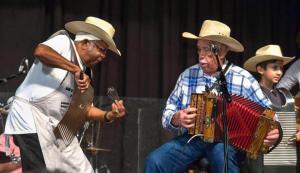 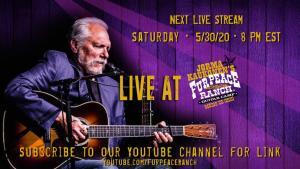