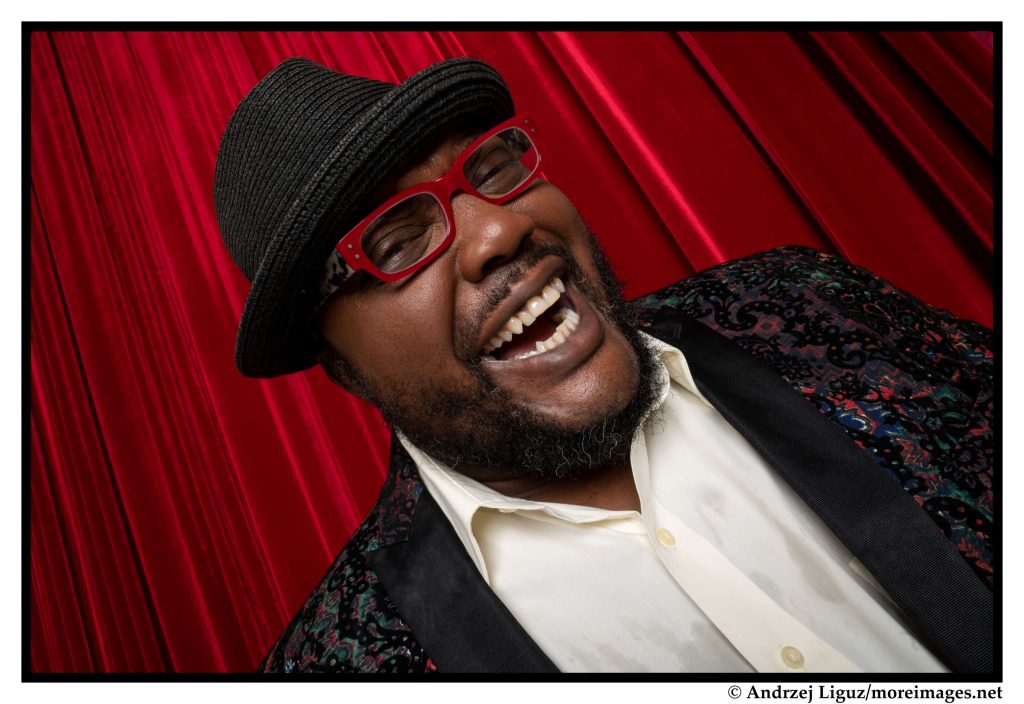 Sugaray Rayford Cuts Through All the ‘Miss Information’

"To me, this song is like when you're living in the ghetto, turn on the lights, and the roaches scatter." - Sugaray Rayford 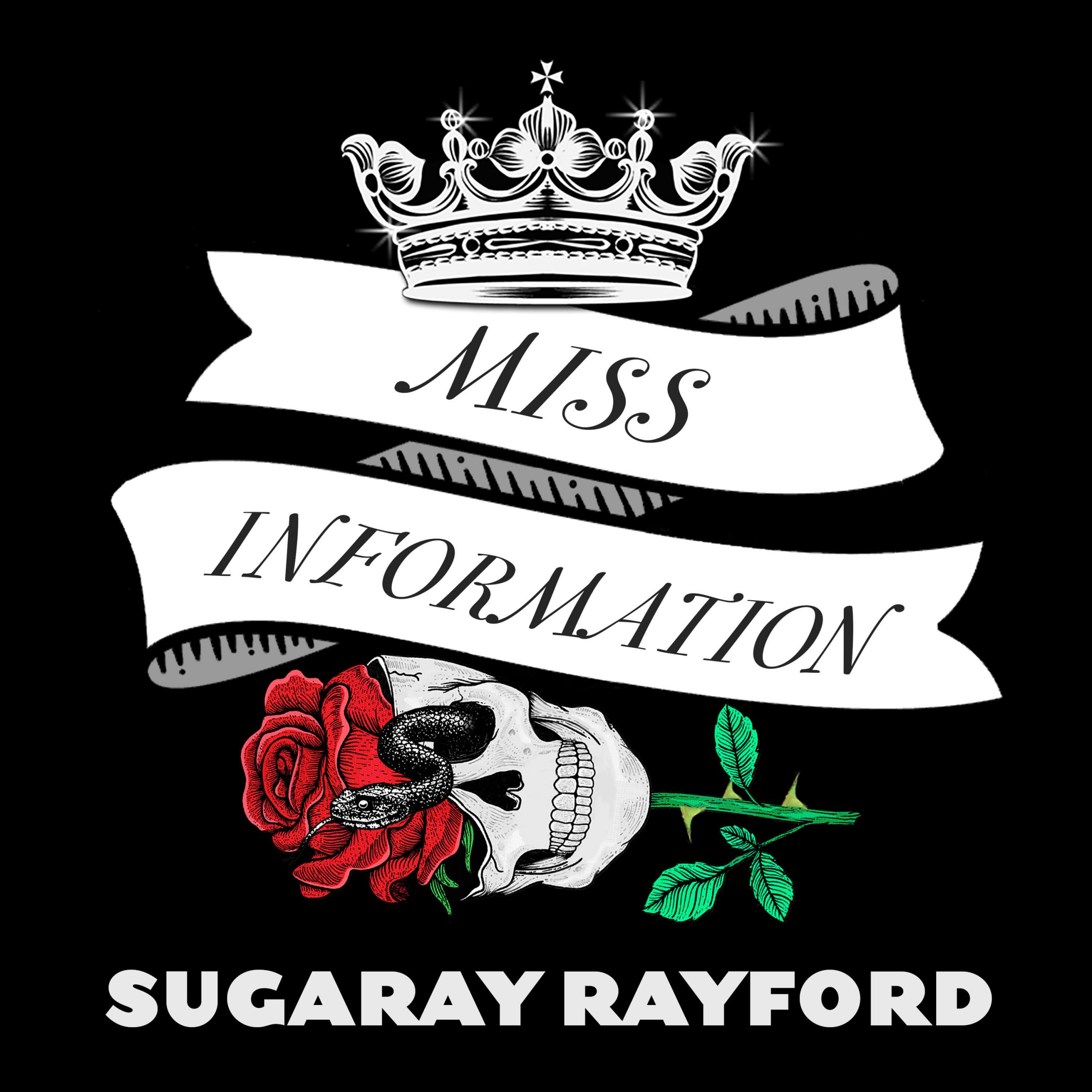 Now, “Miss Information” explodes out of the blocks with African flavored horns and percussion on top of a Farfisa organ, wah wah guitar and layered harmonies. Rayford delivers a tour de force performance like only he can, making some heavy points while keeping it fun.

On all the albums I’ve done, I never got political. But I’ve come to the age, and gotten to the point where I can’t not say something. ‘Miss Information’ is a double entendre that we wrote to be a woman, but if you listen to the lyrics, it’s very clear what I’m talking about.  On this new album, ‘In Too Deep,’ we’ve wrapped some really deep socially conscious things in some really great music.

“Miss Information” was released on September 9th. Written in an interesting tercet style (3 lines per verse) it has been creating waves upon Rayford’s post-Covid reappearance. Steamed somewhere around 70,000 times, it is constantly being added to influential music platforms.

We had about 200,000 streams for ‘Homemade Disaster’ last summer, so this is really exciting to see the new single do so well. As far as the 3-line form, that was all Eric’s idea. Ever since ‘Save Me,’ he’s been trying to get me to challenge myself. I’m a bluesman, I’ve always been a bluesman, and will always call myself a bluesman, but I’m a singer. Eric has always been very good at coming up with unbelievable music. When he came up with that 3-line form, I said, ‘This is very different.’ It was so foreign to what I’m used to, but that’s what I wanted, something to challenge me. Yeah, that was all Eric, and that’s what makes him a great producer; presenting things in a way that you’re not used to seeing.

As for the beat, it’s all West African. The horn section from London used to be with Amy Winehouse, and Eric told them we wanted this West Africa meets Tower of Power with a touch of Earth, Wind and Fire sound.

I’m also very proud that I was able to reach back to my very first band, The Urban Gypsies, and bring one of the greatest hand drum players in the world, Monette Marino to play on ‘Miss Information.’ She’s an amazing percussionist and that made it feel like the world came full circle for me.

To me, this song is like when you’re living in the ghetto, turn on the lights, and the roaches scatter.

With the excitement of the single’s success, the anticipation of the new album, and the upcoming holiday season, we couldn’t help but ask Sugaray what he is truly thankful for.

Right before Covid hit, I was at a point where I was getting burned out. My schedule was like that old BB King schedule (300+ performances a year). We did the Blues Cruise that November and the band and I weren’t going to go back to work until March. I had been pushing hard for 18 years and just needed a break. At that same time, my wife, who always also been my manager, contracted a rare form of cancer. Because of the Covid, and because it happened during my break, I’ve been able to be with her for the last 20 months or so. So believe it or not, it’s been a blessing.

My wife and I have been together 27 years, and have been married for 18, and she’s my other arm. I wasn’t even in music yet when I met her. She’s the one that got me into it, so she’s a big deal to me.

I feel bad because I know a lot of people got hurt by Covid, and it hurt me financially, but mentally and physically, it allowed me to be with my wife when she most needed me. It would have been impossible to tour and put on the type of show that I usually put on with her on my mind and wondering what’s going on. So, I’m thankful for being able to have time off. It came at the right time.

Rayford’s wife had been in remission for 18 months, but recent tests show that the cancer has returned and she is back in treatment. Sugaray tells us his wife is a very strong, upbeat woman and they have no doubt they’ll beat this disease.

I’ve also been doing my own little show every Tuesday on Facebook and YouTube called ‘Live at the Suga Shack‘ where I interview friends of mine like we were out on tour, and just talking. It gives the fans a chance to be a fly on the wall in the green room. We’re coming up on our 90th show, and we’ve talked to everybody from Duke Robillard to Joe Bonamassa  to Thornetta Davis to the late, great Mike Finnigan to you name it. It’s been a lot of fun, since I haven’t been on tour. In fact, for years before I met him in person or saw him on video, I thought Mike was black (laughs). No disrespect intended but most people have no idea how great a singer he was. He sang like a brother from the church.

On the album, In Too Deep, set for release on March 4th via Forty Below Records, there’s a song written by Eric Corne called “Invisible Soldier” that speaks on the PTSD he and other Marines and service people have suffered over the last several years. Two other co-writes from Rayford are “In Too Deep” and “No Limit To My Love,” although the majority of song ideas came directly from him. 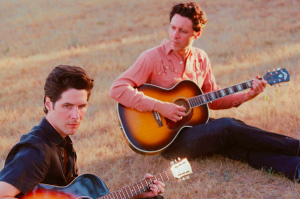 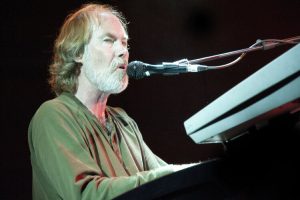 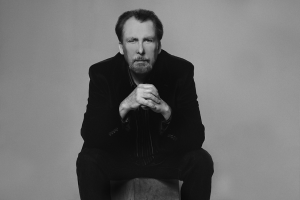