Why YOU Should Support Live Music 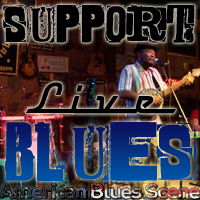 Live music has a power that can last decades after a single performance. Jimi Hendrix playing an electric, often imitated rendition of the Star Spangled Banner at the end of the 1969 Woodstock is a moment in live music history that will likely never die. Sam Cooke tragically passed away nearly 50 years ago, and yet his songs continue to grace the vocal palettes of hopeful contestants on TV shows of international notoriety; The Voice, American Idol, America’s Got Talent. To answer why one man continues to be so influential, it only takes a listen to Sam Cooke: Live At The Harlem Club to understand the stunning, almost unbelievably powerful live presence he had. No album on earth could replicate the magic of Buddy Guy plugging in a 300 foot guitar cable and jumping into the audience to deliver scorching solos to screaming fans, or Guitar Slim before him. While most couldn’t tell you where they were the first time they heard Stevie Ray Vaughan on the radio, of those that were fortunate enough to see him live, none will forget the experience, and nearly all will happily tell you about it with fond reminiscence. Experiencing music “in the flesh” is irreplaceable.

Support Live Music is an often spoken phrase that, to many fans and readers of this site, needs no explanation; the reasons for supporting live music are instantly and painfully obvious. But increasingly, the relevance of live music is often ignored, and real music from breathing artists is dropped entirely in favor of much cheaper karaoke machines, DJs, and Juke Boxes. It’s a trend that’s perpetuating across the country, made worse by overly aggressive collection techniques, threats, and even extortion from ASCAP and BMI. As venues have been tightening their belts to survive the recession, the first thing that’s often cut is the high overhead of booking a band. In an age where this form of live entertainment is suffering, the inevitable question is why live music deserves to be supported?

To understand why people should continue to patronize live music, at it’s core, the energy of a live show needs to be felt. Bands and artists pour all of their hearts & power into their live performances, and while the crowd is feeding off of that energy, the band is feeding off of the crowd’s. As those that have been able to experience that circle of energetic freedom can attest; there’s nothing quite like it. Standing in front of Buddy Guy as he jumps off the stage while summing up a screaming solo, or dancing at the feet of Sam Cooke crooning the crowd is an unforgettable experience. The magic of live performances, while possible to wrangle onto a record, is much like capturing lightning in a bottle.

In making the decision to see live music, patrons are supporting both their local economy and, often times, their local arts. Making the trip to a venue to see an artist or band play is telling that venue, and that artist, that you care about quality in music. Coming to see an artist is support. Not only local bands — every popular act from Aerosmith to Buddy Guy depends on the support of the loyal fans that come to see them. Every musician, from a local guitar slinger to guitar god Jeff Beck, tirelessly hone their skills and craft to bring the best show possible to the people that come to be entertained. Each fan who comes helps to give an artist the encouragement and support to continue to push themselves artistically.

For those bars, clubs, and venues that have made the risk and continued to book bands, fortune has favored the wise. Deep in the heart of New Orleans, for example, many bars on Bourbon Street continue to axe live music, instead opting for loud club beats. At the same time, the many bars on Frenchman Street have regularly booked live music; a gamble that has paid off in spades as tourists and locals alike have flocked to the area. Musical “hot spots” such as Seattle and Tampa have a burgeoning live music scene that keeps working musicians employed and, by extension, supports the local arts that are so vital to a community’s culture. In return, the areas that patronize music are rewarded with vibrant and creative musical scenes that often spawn regional, national and internationally known stars. How many people would readily give up an appendage to have seen the Rolling Stones at the Crawdaddy Club in England when they were first starting? How many lives were influenced in the past 60 years from hearing Sam Cooke live on stage? The next superstar talents are out there, playing tirelessly in bars and clubs, honing their skills for all of the fans that come to catch their shows.

Now more than ever, as many venues are struggling or on the fence about whether or not to continue to provide live music, is the time for support. Buy something from the venue; a beer, a coffee, dinner. If the music is particularly good, consider purchasing a CD or band t-shirt. Unfortunately, musicians are often not getting paid what they’re worth from venues, and a great number end up having to augment their expenses with money they make from CD and merchandise sales. Many artists have the burden of working tirelessly to try to expose their acts, most on a grass roots, shoestring budget. Wearing band t-shirts, listening to the music, and mentioning them to friends is a simple, relatively painless way to continue to support a favorite band long after the live music has ended. With the support of music lovers everywhere encouraging creativity, artists will be able to continue to hone their craft. As a reward, patrons will receive an electrifying night of entertainment, and some lucky few might be watching the birth of the next great star.

Are you a gigging artist or a patron of live music? Share your thoughts in the comments!