Musical Triumph in "A Hundred White Lies" by Shane Dwight 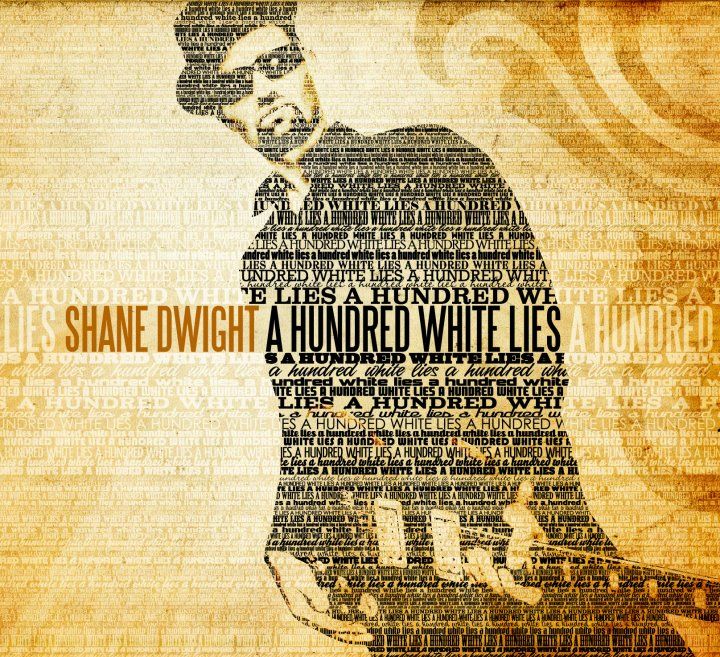 Blues take an interesting path sometimes. In this case, from the east side of San Jose, California; to Morgan Hill, a bit south of San Jose, to Nashville. Early exposure to Willy, Ozzy, Hank, Zappa, Waylon, and Led Zeppelin left a mark, and somehow it all settled on the blues for Shane Dwight, and his current result is A Hundred White Lies.

Sometimes that path takes similar routes through our hearts. There have been the ups: the quick success in Nashville, touring and appearing with Los Lobos, Los Lonely Boys, BB King, the late Etta James, and Johnny Winter to name a few. And there have been the downs: the separation and divorce from his wife. Yet in the midst of that pain in his life which wasn’t so well, A Hundred White Lies was born.

Eleven of the twelve tracks on this CD are original, the one exception being Wagon Wheel, a Bob Dylan/Ketch Secor song. Some of them are apparent references to the pain he was experiencing. “A Hundred White Lies and a broken home,” is part of the chorus of the title song, sounding very much like a Chris Whitley tune with the thumping quarter note bass drum and national steel guitar. The metaphorical Black Ice, Broken, I’m Talkin’ To You, True Love’s Gone, with the that dobro/steel guitar sound, and the powerful Love’s Last Letter, an incredible mix of The Band, Allman Brothers, and Leon Russell featuring the back-up vocals of Bekka Bramlett.

Being on the road roughly two thirds of the year, songs like She Struts 22 with its New Orleans honky tonk feel, and Lose My Number, another Leon Russell sounding rocky tonk might speak to some of the issues this rising star had.

Yet the light is still there, and in the song that aptly opens the CD, Call Me, with its slower funk groove, Dwight sings of availability and openness, and then closes the album with Leave The Light On, referring to the metaphorical gesture of a safe place in the darkness.

Blues is often about broken hearts. With A Hundred White Lies, Shane Dwight gives us his, in musical sadness and triumph. It is indeed, excellent well.