Blues Hall of Fame Benefit March 6 at the Apollo Theater 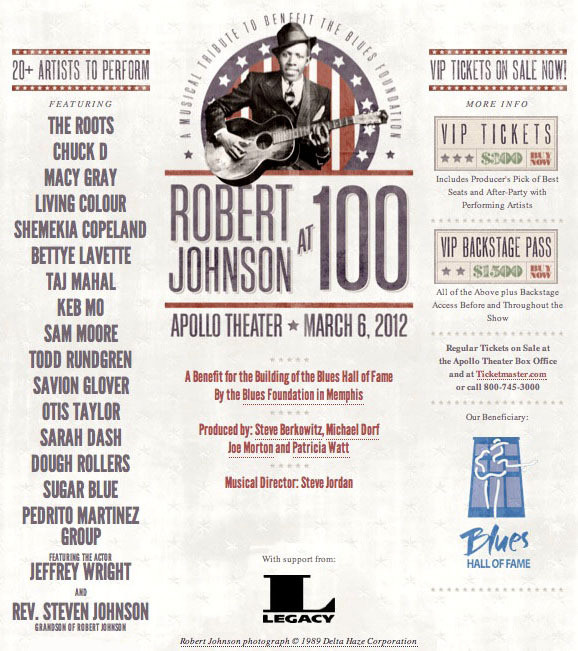 “Robert Johnson’s story is the fabric of myth,” comments producer Joe Morton. “His music continues to weave its way, beyond the blues, into and through almost every other popular genre today. Our concert is a celebration of the man, the myth, and the omnipresent influence of his music.

To order by phone, call Ticketmaster 800.745.3000. You may also order online atTicketmaster.com

For more information about the Blues Hall of Fame, contact Jay Sieleman, Executive Director, The Blues Foundation at [email protected] or 901.527.2583 ext. 12.