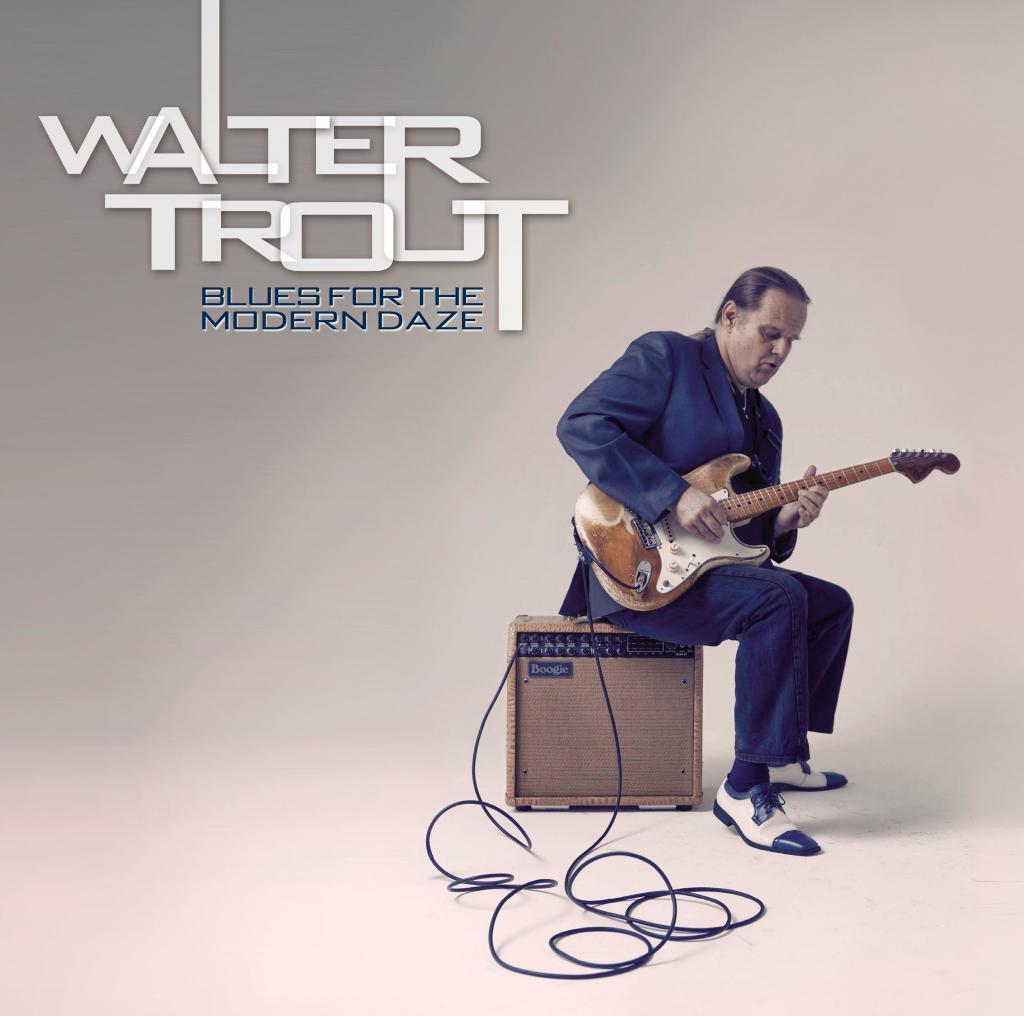 Walter Trout is the rockin’ blues guitar master who’s been plying his craft to adoring audiences for years. Some might call him rock, and they wouldn’t be wrong, but Trout’s blues roots run deep and wide, and the electric virtuoso never misses an opportunity to show them. Blues for the Modern Daze is everything fans of Trout have come to expect — and nothing less. Trout touts his celebrated archetypal blues-rock guitar: burning, overdriven licks that run wild across fields of modern blues tracks.

“In terms of subject matter,” says Trout, “the state of the world is perfect for writing blues songs.” The album reflects this sentiment, with a sort of melancholy underpinning throughout. “Lonely” is a commentary on our obsession with electronic relationships, while ignoring personal connections. “Sky is Fallin’ Down” is a duck-and-cover blues number on the end of the world. “Blues for my Baby” is a nice, slow number with Walter’s endlessly precise blues licks as he channels the great B.B. King. The title track is particularly poignant, beginning in a country blues style open tuning, building tension and ultimately tearing into wailing vocals and stinging overdriven electric riffs.

Much of the album dutifully reflects the “Modern Daze” title, both in the spirit of the blues’ progress up until now, and as the subjects of  many tracks reflect the problems many of us are facing. Trout conjures up a great deal of the past, with selectively placed acoustic and Mississippi country blues stylings, while keeping the topics firmly contemporary. With most of the 15 tracks averaging 6 minutes, and the album clocking in around an hour & twelve minutes, there’s plenty of Trout to go around.