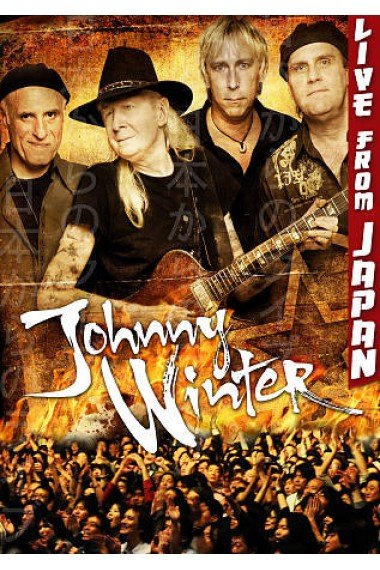 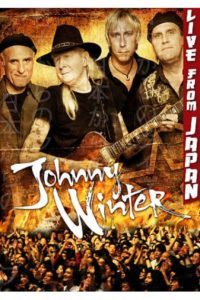 Johnny Winter: Live From Japan is a great window into where Johnny Winter is, and how far he has come on his road to recovery. As many were aware, Winter had not been in good health for some time, but recently, he has been on the mend. This DVD shows him back, strong, and playing well. The show was recorded in April, 2011 at the Zepp Tokyo Music Hall. Because of the excellent filming, it feels more like an intimate club setting, as does the sound.

The sound quality is quite good on this album (except for the vocals, which you can barely understand … just the way they are). The band is the same one backing Winter’s album Roots from last year, and they sound great: solid and in-your-face with a ton of energy! The band is Paul Nelson on guitars, Scott Spray on bass, and Vito Liuzzi on drums. These guys are tight. If you are expecting to see the blazing speed that Winter had in the ’70s and ’80s, forget it. First of all, Winter is 68. Additionally, as stated earlier, he has overcome huge health issues to even be able to play at all. The playing he does here is still better than the vast majority of guitarists out there and is not “slow” by any means; it is just slower by Johnny Winter standards. Watching Winter play is still as amazing as always; he wears the fretboard out. Again, the energy level is extremely high all the way through. The show is about 75 minutes long.

If you are a Johnny Winter fan, this DVD is for you.