"Chicago" Bob Nelson passes away at 78 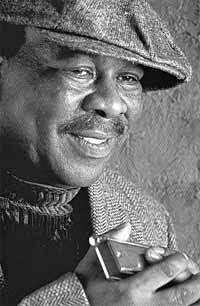 According to his Facebook page, Chicago Bob Nelson, harmonica player and singer who was known for amalgamating Louisiana and Chicago blues styles has passed away.

He got the name “Chicago” because every venue Muddy Waters went to in the windy city he’d see Bob.  Mud coined the phrase “Chicago Bob” and it stuck with him throughout his career.

As a youngster Nelson was encouraged and instructed by Louisiana blues legends Slim Harpo and Lazy Lester.  “Chicago Bob” credited Harpo, Lester, Sonny Boy Williamson II and Jimmy Reed as his primary influencesThrough listening to these artists, Nelson learned to use his instrument as a “second voice” to interpret and elucidate the emotion and themes of a song. Trips to Chicago to visit family were a major part of Nelson’s childhood.

By the early 1960s he had taken up residence in Chicago. There he met and performed with Howlin’ Wolf, Buddy Guy, Junior Wells, Earl Hooker and Muddy Waters. Nelson would later perform with Muddy Waters at the Newport Folk Festival. Throughout his career Nelson has toured extensively with Luther “Snake Boy” Johnson, Tinsley Ellis and John Lee Hooker. Now residing in Atlanta Georgia, Chicago Bob Nelson continues to tour and record internationally.