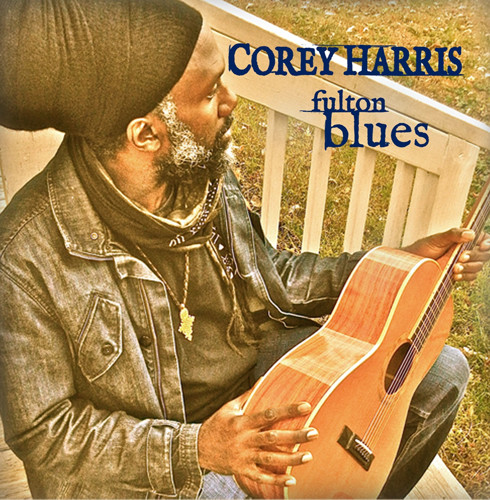 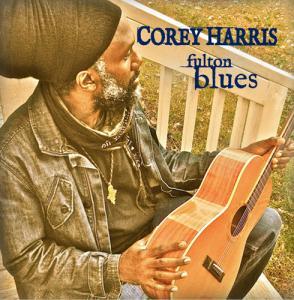 In 2003, Corey Harris was nominated for a W.C. Handy Award for Acoustic Blues Artist of The Year. In 2007, he was awarded a MacArthur Fellowship from the John D. and Catherine T. MacArthur Foundation (commonly known as a “genius award”). Corey Harris writes from the heart, and his music is real, never cliché. He is like the minstrels of old who would travel conveying news of the day, and educating people to goings on in the world they lived in, but might not necessarily see. Like the minstrels of old, Harris also weaves stories of times past, but not forgotten. His writing gives life to these times and events, conjuring up vivid images for us to experience.

Such is the case with his latest release on the Njumba label, Fulton Blues. Harris has spent time living in, and learning the history of Fulton, a “black town” on the east side of Richmond, Virginia. This town has existed in some form for over 300 years, and as such, has seen its share of history, good and bad. Listening to Fulton Blues, a sense of visualization and reality takes hold, making the experience all the more immediate. The clarity and sparseness of the music lends itself to the experience and storytelling as well. Musicians on Fulton Blues are Jayson Morgan on bass, Gordon Jones on saxophones, Kenneth Joseph on drums, co-producer Chris Whitley on keyboards, and of course Corey Harris.

Fulton Blues contains 11 originals and three covers, all of which are striking! There are several standout cuts here though. The band really shines on “Crying Blues,” a sparse, leisurely, NOLA style outing. “Underground Blues” features some fine picking and lyrics that will have you on the platform running for that train … running hard too. “Fulton Blues,” with its guitar and harmonica, bemoans the descent of Fulton. Harris and company rework the Skip James classic “Devil Got My Woman” in fine fashion, as well as Robert Petway’s “Catfish Blues.” We have all heard these as electric blues, which is stimulating; but hearing them here, as simple acoustic blues is stirring, and really adds impact and power in a subtle way that lets the music breathe. “House Negro Blues” paints a stark picture of life working in “the master’s house,” reinforced by the vocals and the band’s excellent playing. “Black Rag” is magnificent; period, exclamation point. “Lynch Blues” is every inch as mournful and haunting as “Strange Fruit.”

As a whole, this album takes the listener on a remarkable journey. Some of it is playful, while some of it is quite sad and disturbing. On an emotional level, the album is very satisfying. The sparse simplicity and excellent execution, along with poignant lyrics, really elevate the music to a higher level. Simply put, this album is a modern blues masterpiece. Not having this in your collection would be akin to not owning any Robert Johnson, Son House, or Mississippi John Hurt.