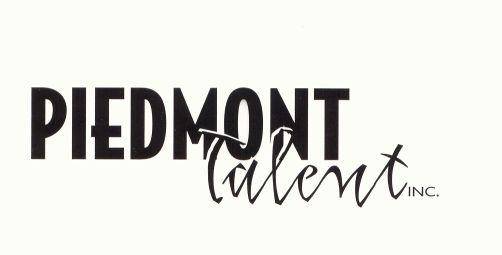 This is a love story, mind you, but it’s not like you think. Cupid’s Arrow wasn’t aimed at me this time; it was aimed at a feisty young lady named Laurel, but more about her in a bit. First I have to tell you just how much I disliked Steve Hecht the first time we spoke.

It was a phone interview in July 2008. I had spoken to several artists, venue owners, talent buyers, and booking agents to learn how the high gas prices that summer were impacting the blues travelers; both the artists who perform the music, and the audience members who go to see them.

I had already spoken with several of his Piedmont artists who had told me the tip bucket was their only means of survival. Their secrets were safe with me. I was not about to rat them out to this tyrant of a blues booking agent. I managed to write the story without disclosing exactly who broke the “Hecht Mandate” and who did not.

I first met Steve in the flesh at the 2009 Keeping the Blues Alive Awards in Memphis. Steve had been selected as the Agent of the Year, so I introduced myself and offered my congratulations. Turns out he was kind of a nice, personable fellow. We had some nice chats that weekend, and he invited me to be Piedmont’s guest at the Blues Music Awards in May. “Wow,” I thought, “He might actually be human under all that New York bluff and bluster.”

It was fun attending the BMAs with someone who knew absolutely everyone in the blues business. But I knew that romance with Mr. Hecht was not in the cards. By the time he took off to smoke his 118th cigar, I was ready to stuff an old stogie up each of his nostrils. Sometimes a cigar is just a cigar, and sometimes it’s a deal breaker.

Steve did do something remarkable for me that weekend, though. He introduced me to Robin Rogers, a delightful person with a voice that was created to sing the blues. I felt an instant bond with this down-to-earth non-diva. When Robin passed away from liver cancer on December 17, 2010, it was Steve who broke the news to me.
It’s time for the promised love story. I gave Robin a ride to the Kansas City airport in March 2010. She was catching me up on everyone we knew, and she described this young woman for whom Steve had fallen. Robin described Laurel’s spunky sense of humor and her ability to rebut every brash remark that Steve made. By just hearing about the pair, I knew there’d been a match made in heaven.

When I met Laurel at the 2010 BMAs, I myself became smitten with her wit and beautiful smile. It was obvious that she and Steve were in it for the long haul. We had no idea just how short the long haul would turn out to be.

Laurel and I have had frequent contact, usually through Facebook, and I laugh at every absurd, hysterically funny status update she posts: “I finally got over my fear of swimming in the nude. Now I can’t go back to the YWCA.” She is a laugh riot every day. She even claimed me as her sister on Facebook. Man, I always wanted a sister – how did she know?

I enjoyed watching the progress of her relationship with Steve. She really brought out the softer side of him. She told me once that no one had ever made her feel so loved as he had. Doesn’t that make you feel all squishy inside?

When Steve was diagnosed with cancer, it was great comfort knowing that Laurel was there to provide support. There was never a doubt in my mind that he would get through the health crisis, and they would love happily ever after.

Then I got the message from Laurel last week that Steve was in hospice. Good grief, that was definitely not my idea of how this love story was supposed to conclude. This man for whom I had developed the greatest respect; this woman who had me in stitches every day of the week. These two who married just a few weeks ago. This was not at all in the game plan.

I spoke with Steve just last Wednesday, and he was so filled with peace and gratitude. He put me at ease with the situation. He knew he had found true lasting love, and he had made the most of every moment with Laurel. He was grateful when he knew he was dying. That’s what love has to do with it.