Walter Trout Kicks it up a Notch With Luther's Blues 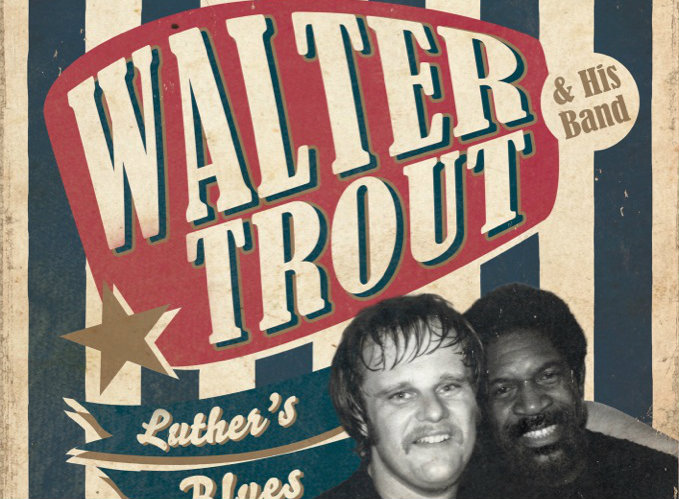 Just gonna toss this out there and get it out of the way. Walter Trout is a force to be reckoned with on the guitar. Not like you didn’t already know that but he seems to have catapulted himself up to another  level. This level is being considered more than just a shredder.  Of course, he’s been considered one of the finest unsung commodities in the music industry for quite a while now by some of us on the inside of the blues. We are well aware of what he is capable of when a guitar is placed in his hands.  He just destroys.  We’ve had the opportunity to see him do this from a few feet away and would highly suggest you do that too! Guitar aside for just a second though, his vocals on this release are better than they have ever been.

On Luther’s Blues, to be released in June, Walter Trout & His Band pay homage to another fantastic musician that we have enjoyed for years, Mr. Luther Allison.  The album starts out fast and furious with the throttle mashed all the way to the floor with “I’m Back”, just the way Allison would have wanted it but they also mix in some great slow stuff.   “Cherry Red Wine”  comes next and delivers  an intoxicating dose of audio excellence.   Trout’s vocals are absolutely perfect for this song selection and as we mentioned earlier, so much is always said about his axe capabilities that his pipes are often over shadowed. He belts out the tunes such as “Freedom” & “Chicago” with great power and digs deep for the soul. On “Chicago”, the bass line  drives hard and the band builds the song into a frenzy at the end. Just the way we like it around here. Then, after that thrill ride, Walter and the band walk it way back down with the heart-wrenching soul blues gem “Just As I Am” and the vocals are once again fantastic. The musicianship front to back is top-shelf, the bass lines are thick and are at one with the drums. “Pain In The Streets” has got it all, the haunting Hammond accessorizing some seriously tasty licks and Walter is showing off more of his killer blues voice.

Trout and his production partner Eric Corne have put together what could well be the blues release of the year, in our opinion.  The bar has been set extremely high. It really has something for everyone, no matter what kind of blues you are into.   We’d be hard pressed to pick a favorite on here, Tracks 1 through 13  are as good as it gets and the whole album flows real nice.

Bottom line is this is a brilliant piece of work and I would stop what you’re doing now and pre-order this album. You can thank us later and we’ll make it easy for you:  Click here