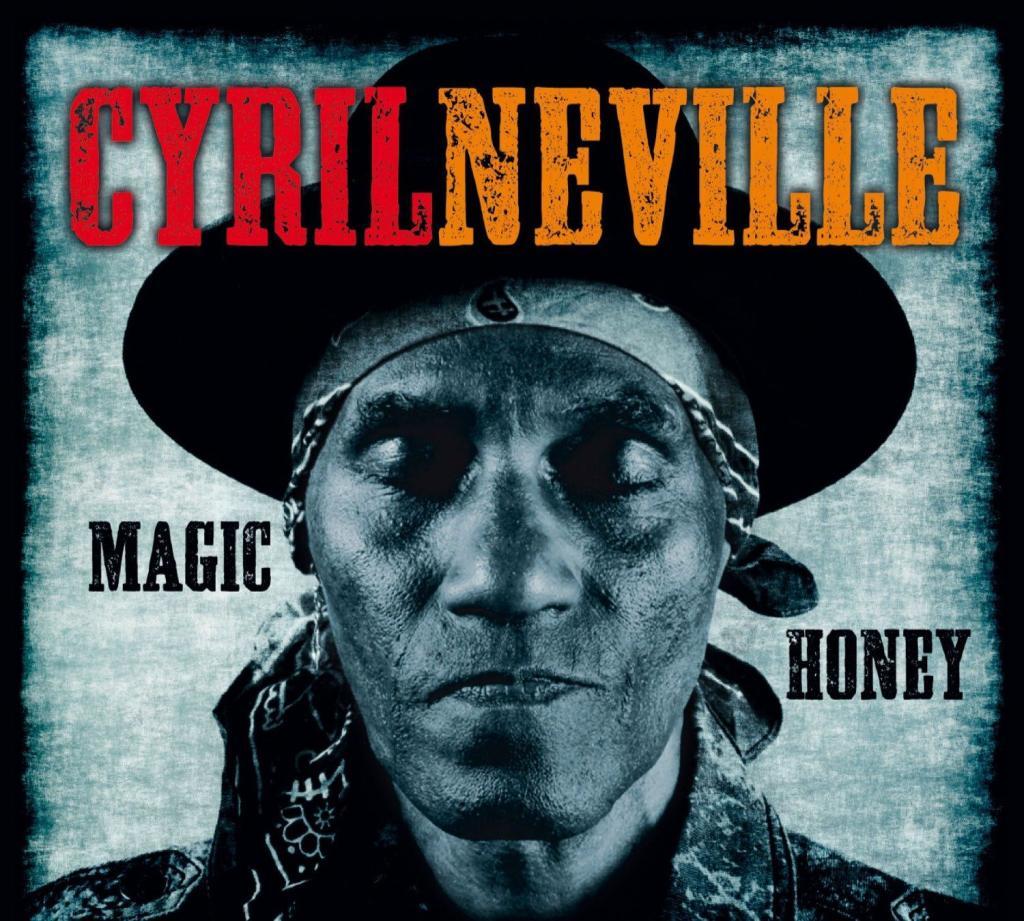 The Neville Brothers are a fixture in the music world, especially in the soul, R&B, and blues arenas. Each brings a different taste of New Orleans culture and musical traditions to whatever they do. Sometimes that taste of NOLA shows in subtle ways, and other times it is more apparent. The youngest of the brothers, Cyril Neville has toured with The Neville Brothers, and Tab Benoit’s Voice of The Wetlands Allstars. Currently, he is a founding member of Royal Southern Brotherhood. Over the years, Neville has issued several solo projects, including a great blues oriented album Brand New Blues in 2009. He is held in very high esteem by his peers as a raconteur, and a great blues historian, especially regarding Delta, Country, Piedmont, St. Louis, and Chicago blues forms.

The great thing about Cyril Neville’s solo work is that you never know what he is going to be moved to put on disc. For his fans, things never become stale. Magic Honey (Ruf Records), is his newest album, and it doesn’t disappoint. This album is 55 minutes of stunning performances! Personnel are Cranston Clements on guitar (he is insanely good!!), “Mean” Willie Green – drums (great back beat), Carl Dufrene – bass (thumping that thang with passion!), Norman Caesar on keys (laying down some great lines), and of course, Cyril on percussion and vocals. Guest players include Allen Toussaint, Dr. John, Mike Zito, David Z, Walter Trout, and Gaynielle Neville and Omari Neville on background vocals.

While there isn’t a bad song anywhere to be found on this album, some are really amazing. “Magic Honey” is richly textured funk, with great keyboard fills, and some silky sweet guitar lines. “Something’s Got A Hold On Me” is heavy, slow blues-rock, with David Z and Clements laying down some righteous guitar lines. Neville adds a great vocal over the top, and the effect is perfect. “Another Man” sounds like a mid-seventies Santana excursion that is really well played. “You Can Run But You Can’t Hide” has an old-school soul/rock vibe to it, with fine guitar playing from Clements, and killer Fender Rhodes playing from Norman Caesar. Green and Dufrene lay down a killer backbeat too! “Invisible,” about the homeless, is pretty accurate, and pulls no punches. Great lyrics!

The Rush standard “Working Man” is a tour-de-force wall of sound, dripping with energy. Zito delivers the goods here, as does Neville with his vocal. This sounds eerily similar to the kick ass Living Color masterpieces we all know and love. Superb playing on this. “Money and Oil” has Zito laying down some more great lines, and Clements does some seriously glorious funk chording. This cut is fat, funky, and rocking. Stone cold solid! The album closes out with the playfully mellow and soulful “Slow Motion.” The song has a smooth Caribbean vibe that really adds a great flavor to it.

Pick this up as soon as you can get your hands on it! This is a delightfully sophisticated, rocking, funky, 55 minute smorgasbord of sound that will be schooling folks for years to come.