Language of the Blues: CHITLIN CIRCUIT 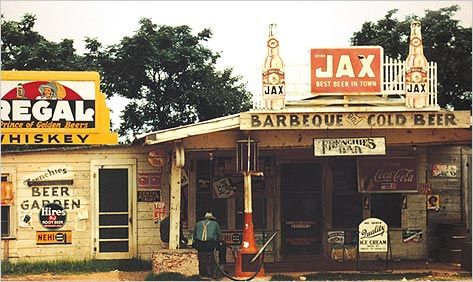 After a one-week hiatus for the Sin City Soul and Blues Revival, this is the latest installment in our weekly series, The Language of the Blues, in which author and rocker Debra Devi explores the meaning of a word or phrase from a blues song. Come back every week for the latest! Devi’s award-winning book, The Language of the Blues: From Alcorub to ZuZu, is now available at Bluescentric.com!

During the 1950s and 1960s, the chitlin circuit was a string of small, primarily black-owned nightclubs that featured hard-touring soul, R&B and blues acts.

“The chitlin circuit, that is really what brought me to where I am today,” said “Little” Milton Campbell, Jr. Campbell made his recording debut on the legendary Sun label in 1953, became one of the biggest-selling bluesmen of the 1960s at Chess and Stax Records, and was still touring worldwide and recording for Malaco Records until his death in 2005 at age 71.

“Lot of ’em did serve food but that has nothing to do with why they were called the chitlin’ circuit,” Campbell said. “I think it was because you could play basically any night of the week and you could draw a crowd. You could put somebody on the door and charge admission at the door–a little money like maybe twenty-five or fifty cent or what have you–and you would make enough money to sustain yourself from one day to the next. So I think that’s where it came from. It was ’cause you were able to eat… chitlins, at least!”

During segregation, these clubs were the only places where black artists could perform. The circuit started in the North and extended down through the Southern States. James Brown, Jimi Hendrix, B.B. King, Solomon Burke, Bobby Rush and Jackie Wilson are just a few of the legends who built their first fan bases on the chitlin circuit.

“On the Chitlin Circuit”- Bill Coday

Preston Lauterbach, author of The Chitlin’ Circuit and the Road to Rock ‘N’ Roll