Crossroads Revisited – The Crossover to End All Crossovers 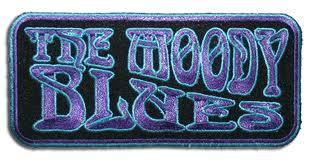 It may be the most jaw-dropping, dramatic and drastic crossover in pop music history. In 1964 The Moody Blues, a young band from Birmingham, England, slid onto the pop charts with “Go Now,” the remake of an American soul song featuring the pleading vocals of Denny Laine.

The original first had been recorded by one Bessie Banks. Like The Stones, The Animals, the Yardbirds, and the Pretty Things, The Moody Blues were repackaging African American music and selling it back to a much broader audience of white Americans, riding on the success of the Beatles’ total conquest of the pop charts.

While The Moody Blues would have a French hit a year later with an energized but true to the original “rave-up” of the Sonny Boy Williamson song “Bye Bye Bird,” it would take them three more years and a change in personnel before they would hit the British and American top 10 again with “Nights in White Satin,” a song from their concept album, Days of Future Passed that for the first time in history successfully melded rock with a symphony to create a dynamic that threw all the rules of rock and roll out the window and left their blues roots far behind. But it brought to the pop music world a quantum leap in the level of sophistication a year before the Beatles’ orchestration on “Yesterday.”

The world was ready for crossover in 1964. Rock and roll was in total turmoil. Dick Clark’s American Bandstand had watered down the American top 40 with putrid, pallid and pompadoured pansies from Philadelphia who were pushing the innovators like Jerry Lee Lewis, Little Richard and Fats Domino off the charts.

The vast majority of young people listening to British invasion acts found them to be way more visceral than Fabian and Bobby Rydell without ever knowing that the Brits were in many cases slavishly copying American roots music. Even the academic community ignored original electric blues as an aberration. If they weren’t buying Dylan going electric, they surely weren’t going to listen to black bar band music.

Bessie Banks’ version of “Go Now” was a Pick Hit of The Week on WINS in New York City. Five days into this on air blitz, Banks was listening to the first line of her song: “We’ve already said Goodbye / Since you’ve got to go / Oh, you had better go now.” She’s quoted in Wikipedia as saying, “When I heard the first line, I thought it was me, but all of a sudden I realized it wasn’t. At the end of the song it was announced, ‘The Moody Blues singing ‘Go Now.'” In the ugly tradition of American pop artists like Pat Boone, these British neophytes had stolen a burgeoning hit right out from under Banks.

By 1967, FM stations that had been programming predominantly classical music had switched over to the new “underground rock” format and were broadcasting in stereo. The British invasion bands were competing with west coast psychedelic music. Acts like The Grateful Dead, Jefferson Airplane, Country Joe and The Fish, and The Byrds were mixing all kinds of music into rock and roll. And they were being broadcast in stereo which was a fun toy. Blues crossover was crisscrossing in the crosshairs of many other forms of American music.

The Moody Blues hadn’t had a significant follow-up hit to “Go Now” in three years by ’67. “We’d started feeling a bit silly singing about ‘Smokestack Lightening’ and things like that, and picking a bale of cotton, and we’d never seen a cotton bush in our lives,” Moody Blues drummer Greame Edge recalls. “It started feeling a bit phony. I’m glad we did it to start off with ’cause it’s a great, great grounding. Playing blues is a great grounding for any form of pop music, but we moved on.”

To put it mildly!

First of all, the band had a falling out with bluesy vocalist/guitarist Denny Laine who would eventually end up in Paul McCartney’s band Wings. He was replaced by Justin Hayward. Justin was different breed of cat than Denny. “My father taught divinity and English, and I come from a family with a very strong faith, so I had all of that around me. In truth, I have to say, my influences were more musical in so much as they were the English hymnal which was a book of hymn books going back 150 years, but then Buddy Holly, the Everlys and then the Beatles turned up, and I was in London when they arrived, and it was just – you can imagine what a great time it was to be in London, and it changed my life.”

Deram Records was looking to promote the beauty of their stereo sound in 1967 and convinced The Moody Blues to add a layer of rock on top of a recording of Dvorak’s New World Symphony.

I can remember a music teacher in 1958 playing for my middle school class an early stereo album that featured a ping pong game. How exciting it was to “see” in my mind’s eye that ping pong ball bouncing back and forth across the room.

Like 3D, another innovation introduced to films and comic books a decade earlier, however, there were concerns about selling stereo to pop music fans. Mono albums cost $2.98 while stereo LPs were a whole dollar more, one third again as much. Many of the rock albums were recorded in mono and then “modified” for stereo. By 1967 most of my friends and I felt the mono versions were more “real” sounding. The stereo versions were like adding artificial sweeteners to apple pie.

The Moody Blues weren’t at all sure that adding rock to a classical piece would work. “We sort of said, ‘Well, you know Dvorak’s New World Symphony is kinda boring, isn’t it?’ And (Conductor Peter Knight) sort of said, ‘Yeah.’ And we said, ‘Well, what about these?

“We played him the ones we’d got written, and he said, ‘Well, that would be a lot more fun.’ So without anybody’s permission and without telling everybody, we just spent – they gave us 10 days studio time. And the reason was we were doing rock and roll, and an orchestra was to show the quality of the Decca Deramic Super Sound which was basically stereo to show its versatility. We were doing lots of opposites like, oh, say a brass band with string quartet and we were the rock and roll band with a full orchestra. So that’s why we got the studio time, but they wanted is to do Dvorak’s New World Symphony just to show the band width of the record. (The full orchestra) was Decca’s idea. Decca put us with a full orchestra so that they could show the record quality was such that it could handle a full orchestra and a rock band.”

With Days of Future Passed, The Moody Blues had not just crossed over from a bluesy rock band to a style that presaged prog. rock, but they’d also added another dimension to popular music that opened new vistas. The original liner notes proclaimed, “They have extended the range of pop music and found the point where it becomes one with the world of classics.”

“It was very brave of (London Symphony Orchestra conductor ) Peter (Knight), and very brave of Hugh Mendel, the executive producer,” say Hayward today. “Peter did the orchestra arrangement, and I don’t know how long that took him. It must have been about 10 days since he heard us play, and we’d already recorded our songs so that he could hear them and do his classical interpretation of them, but he did that session in three hours. He and Tony Clarke made a tape up that they could bounce, and they edited all our songs together with space in between with Peter counting. So their recording was a bounce from one machine to the other with the orchestra doing it live. They did one run through in 47 minutes, had a tea break, recorded it, and they used the first take, and that was that. But he was my hero, absolutely. I adored him as a man.”

One of the late Robin Williams’ best one liners was when he said, “We spend nine months trying to get out of the womb and then the rest of our lives trying to get back in.” You could say that the music industry was trying to get out of the blues womb in 1964 to use advancing technology to build a larger audience from a base of blues and rock fans. Today, many blues artists are trying to crawl back into the womb of “real blues” and capture an “authentic” sound using old studio techniques to record in analog monophonic for a raw sound. Some would call the Moody Blues’ revised sound pretentious and overblown, but I enjoy listening to their music, and even though “Go Now” is long gone, whose to say Justin Hayward’s view of the world is less valid than Sonny Boy Williamson. We just need to open our ears differently to hear it.

“Days of Future Passed was ’67,” say Hayward. “Then in ’68 we went to America, and FM radio was just starting and our stuff was just perfect for FM and London Records and Decca suddenly realized there was a place where people would play, get airplay on all albums. So we just took a different route that’s all. For me, it was just about playing music and recording and getting a bit stoned all the time and that was about it, really.”

Seventy million albums and 47 years later, the group’s incredible crossover paid off. “For me it’s like a drug,” says Hayward. “It’s something I never want to give up. I want to have that magic with all of us in a room that’s created with music that you need the audience there to lift it and to put that fairy dust on it, and to put that grasp and that inspiration in there.”