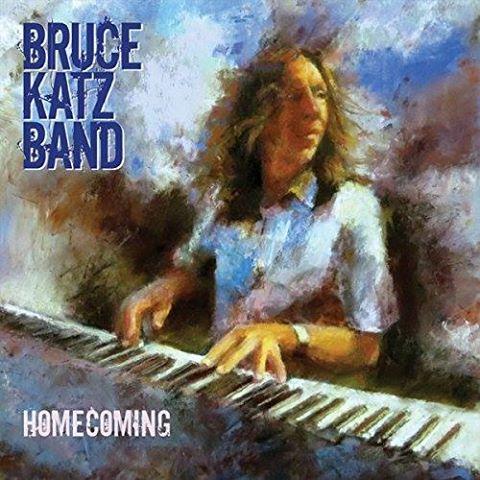 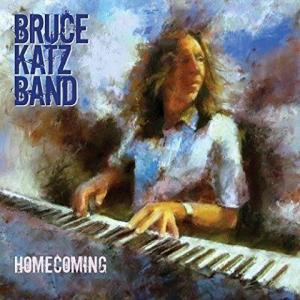 The legendary Hammond B3 organ, with its harmonic percussion feature, was introduced in 1954 and for two decades was the most popular organ used in Blues, R&B and Jazz. Although its world-wide popularity dwindled in the late 1970s, many masters of the instrument continued to play and record with it, including Jimmy Smith, Booker T Jones, Steve Winwood, Jon Lord, Gregg Allman and music teacher, pianist and legendary sideman, Bruce Katz.

Although releasing six previous albums of his own, Katz has been busy for decades recording and touring with the likes of Allman, Delbert McClinton, Maria Muldaur, Big Mama Thornton, Duke Robillard, John Hammond and a great many others.

He has returned now to his Blues, Jazz and Jamband roots with the album Homecoming on the American Showplace Music label. A three time Pinetop Perkins Piano Player of the Year Blues Music Award nominee, Katz scatters the album with instrumental jams, playing not only piano, but using the B3 to play bass as well on many of the tracks. But it doesn’t stop there.

Katz puts his indelible mark on Blues classics such as Lightnin’ Hopkins’ “Santa Fe Blues” with guest, John Hammond on vocals, Elmore James’ “Wild About You Baby” featuring Jimmy Bennett on guitar and vocals and Leroy Carr’s “Blues Before Sunrise” which brings out Hammond once again on both vocals and guitar.

The band, itself is made up of Katz, guitarist/vocalist Chris Vitarello and drummer Ralph Rosen, but this feel good album also boasts guest appearances by not only Hammond and Bennett, but also Marty Ballou, Peter Bennett and Randy Ciarlante.

The title track, “Homecoming” is a bluesy instrumental that sets the pace very well for the rest of the album. On “Amelia”, Katz’ piano prowess comes to the forefront while “No Brainer”, “The Czar” and “Its a Bad Time” are true jamband tunes invoking feelings of the Allman Brothers, Phish and The Grateful Dead. The Rosen arranged, “Just an Expression” brings some Funk in the mix while “The Sky’s the Limit” and “Won’t Last Till Tuesday” just make you want to grab your honey and slow grind to their sultry tones.

Thirteen tracks in all, Homecoming, which is slated for world-wide release on November 11th, is a prime example of why artists such as Gregg Allman, John Hammond, Pinetop Perkins and Delbert McClinton have all lauded Katz time and again.