Is Nashville's new "It" city status threatening its musical roots? 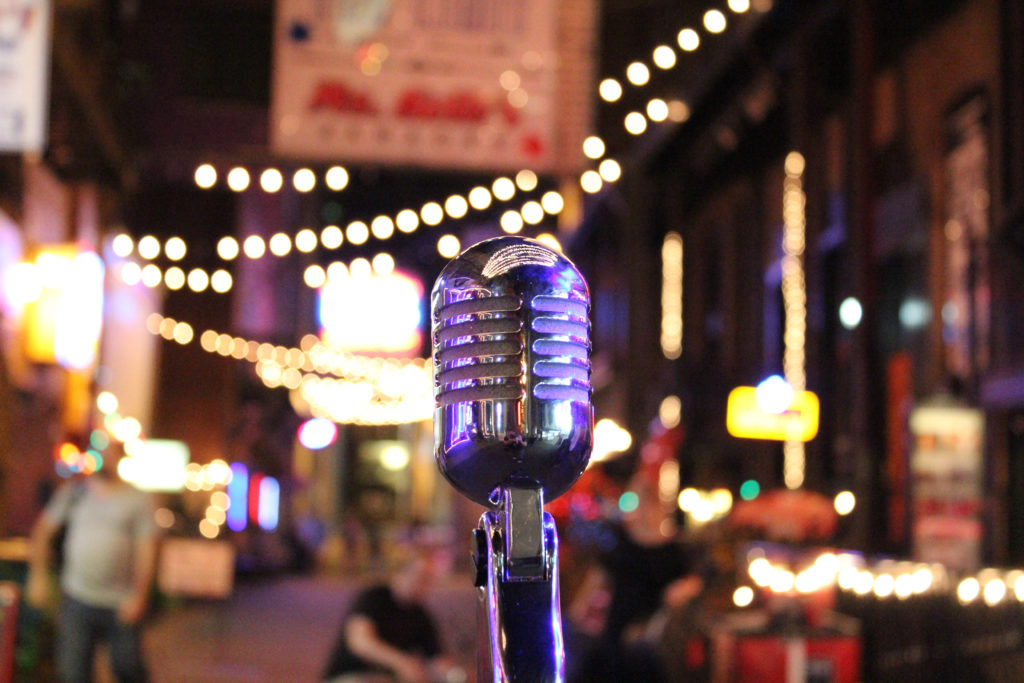 (NASHVILLE, TN)   —  Nashville’s blues ambassador, Stacy Mitchhart, who headlines on one of the hottest pieces of music real estate in this newly ordained “It” city, sees a silver lining in the battle between developers and citizens who fear that the soul of Music City could be lost to “progress.”

Amid all the hype from national media, business, entertainment and lifestyle gurus touting the city as a top choice for travelers, foodies, retirees, urban hipsters, entrepreneurs, and of course, music fans, warning flags are being raised about the dangers facing Nashville, especially when it comes to preserving the sites which comprise the lifeblood of Music City. In fact, the Tennessee Preservation Trust has recently placed the entire city at the top of its list of endangered historic places.

At the forefront of this battle are some of the city’s most treasured music landmarks, among them Printers Alley. Tucked between skyscrapers, this backstreet, nicknamed “The Alley,” has served as home to legendary music venues, including the Fiddle & Steel Guitar Bar (where Rascal Flatts recently played a standing-room-only concert thanking the bar for launching the country band’s career), which will shut its doors January 1 to make way for a new boutique hotel. Printers Alley, originally home to Nashville’s printing and publishing industry, became the center of the city’s nightlife in the late nineteenth century and has housed nightclubs since the 1940s.

“I see some good news here,” says Mitchhart, who leads the line-up at Printers Alley’s world-famous Bourbon Street Blues & Boogie Bar, next door to the Fiddle & Steel. “It’s sad to lose a great music venue like the Fiddle & Steel, but business and tourists are flocking to our city—and to Printers Alley—and that means more people will hear the blues in Nashville than ever before. And that’s a good thing.”

Mitchhart, who won the 2003 “Albert King Award” for most promising guitarist at the Blues Foundation’s International Challenge in Memphis, has been playing the historic club since 1996. The club itself has a rich past dating back to the 1950s when it was home to Boots (“Yakety Sax”) Randolph’s Carousel Club. For almost 20 years it has served as the home of the blues in Nashville and is a leading live music venue in the city. In 2000, Bourbon Street Blues & Boogie Bar won the prestigious Blues Foundation’s “Keeping the Blues Alive” Award for Best Blues Club.

Mitchhart has just released Live My Life, his 12th album, on Dr. Sam Records, capturing the power and joyful energy of his live performances. It’s packed with the buoyant original songwriting, playful delivery and roadhouse virtuosity that have won Stacy an international following and made him the ambassador of the Music City blues scene.

“I hear all the time about how the blues is dying,” reflects Mitchhart. “Well, if we can get more folks to experience great blues like you can hear at Bourbon Street, then they are bound to become fans. If getting more people to Printers Alley means that the blues at Bourbon Street gets heard by thousands more visitors every month, that can be a very good thing. More listeners means success and where there’s success, more capital follows. Maybe more clubs will open up in Printers Alley and continue expanding the musical offerings in The Alley,” says Mitchhart with optimism.