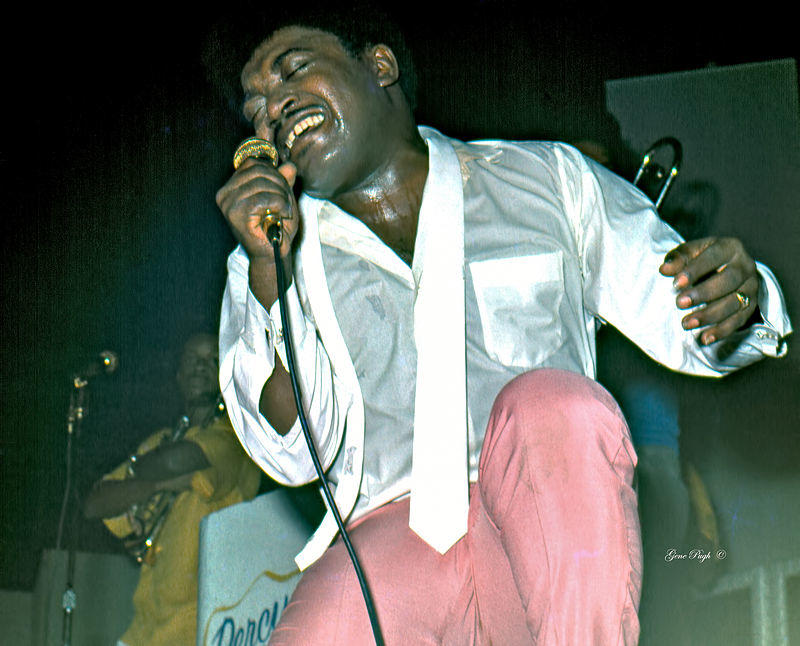 Percy Sledge, a larger than life musical icon with an unmistakable voice has passed away at 73.

Born November 25, 1941, Sledge was an American R&B and soul performer who most notably recorded the single “When a Man Loves a Woman” in 1966, an international top 40 hit that the RIAA has certified as gold. Having previously worked as a hospital nurse in the early 60s, he achieved his best success in the mid to late 60s and early 70s with a series of emotional soul songs, in his later years receiving the Rhythm and Blues Foundation’s Career Achievement Award.

Sledge was a native of Leighton, Alabama and a Muscle Shoals music icon who recorded “When a man Loves a Woman” in 1966 at Norala Sound Studio in Sheffield, Alabama. It reached No. 1 on both the Billboard Hot 100 and R&B singles charts. It was No. 54 in the list of Rolling Stone magazine’s 500 greatest songs of all time.

He is a member of the Rock and Roll Hall of Fame as well both the Alabama and Louisiana Music Hall of Fames and in 1996 won a Blues Music Award  for best Soul/Blues album of the year with his record Blue Night. In addition, Sledge is an inductee of the Delta Music Museum in Ferriday, Louisiana.

Sledge’s career enjoyed a renaissance in the 1980s when “When a Man Loves a Woman” re-entered the Top 10 in the UK Singles Chart, peaking at #2, behind the reissued Ben E King classic “Stand by Me,” after being used in a Levi’s commercial. In the early 1990s, Michael Bolton brought “When a Man Loves a Woman” back into the limelight again on his smash hit album Time, Love, & Tenderness.

Percy died this morning at his home in Baton Rouge, Louisiana, according to longtime friend David Johnson. Sledge was 73.