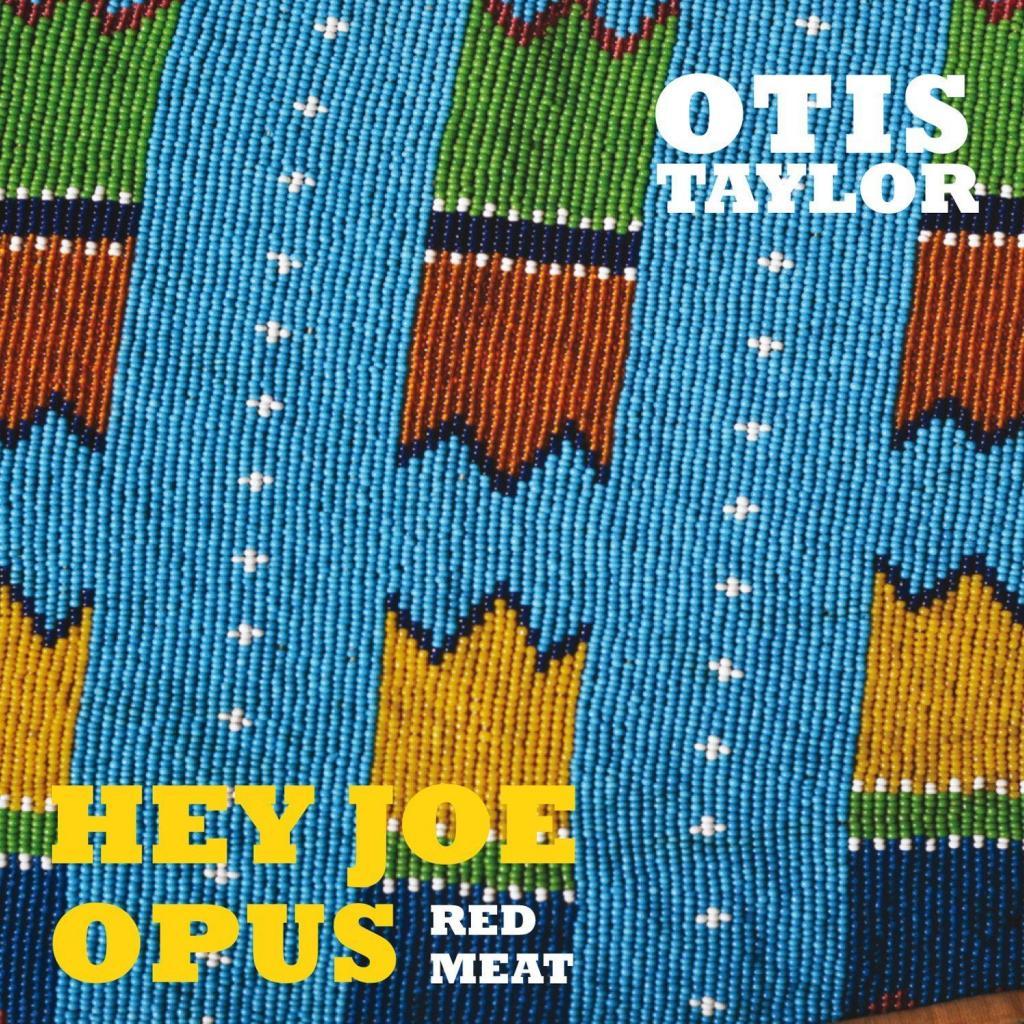 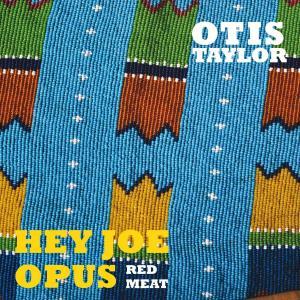 I’ve just heard one of the deepest, most progressive blues albums I’ve ever had the pleasure to put into my library, and if a vinyl copy is available, I will find it and I will buy it, despite getting the complimentary review copy.

Hey Joe Opus Red Meat is the latest from Otis Taylor, a bluesman so progressive that a new term had to be invented to describe his music. But while every droplet of notes on Hey Joe Opus Red Meat is stunningly Otis Taylor, the music that Otis and this unbreakable band have evolved towards in his latest might well have already transcended his “Trance Blues” moniker. I suspect it will never stop being hard describe Taylor before having to attempt to dare redefining him again.

Hey Joe might be a sort of “tribute” to Jimi, but make no mistake — this album carries all the spirit and ardent fire of the word “tribute” like A Tribute to Jack Johnson did; with knotty aural spaces, deep grooves, and relentlessly memorable feeling.

Taylor begins by putting together a straightforward “Hey Joe” rock groove with an infectious fiddle courtesy of Anne Harris… then minute-by-minute, the song weaves new sonic cloth; melting a searing, distant guitar in what would become an album-spanning dance with a coronet before snaking it’s way to the epic, also album-spanning “Sunday Morning” instrumental. Six minutes and forty five seconds of unctuous spinning, heart-throbbing explosive madness that changes itself every time you want to describe it’s similarity to any other jam you’ve heard. Then it crescendos down into acoustic entropy until it wistfully sighs into the next song; a mean mannish boy blues riff.

The best kind of music is that where each instrument stands out so much that none can be considered a stand-out. This is that music. The violin from Harris is simply impeccable, while Larry Thompson’s impending drum rhythms hold the tempo while entertaining progressive production techniques, including the notable drums-in-a-stairwell style opening to the “Hey Joe (B)”. Any album this good unsurprisingly finds Warren Haynes contributing some guitar work, and Ron Miles’ expressive, haunting layers of coronet throughout provide a stunning paint to an exceptional canvas. Larry Thompson’s bass is creative and consistently noteworthy.

Taylor’s sparse vocals command attention, even while usually barely above a whisper, and Langhorn Slim takes a brief, but honestly impactful vocal odyssey on the second incantation of “Hey Joe” along with contributing to several guitar medleys throughout. A wide range of instruments, from an organ to a splash of banjo, make various understated appearances.

While this album committed itself to “explore the decisions that we make and how they affect us,” it never lets words get in the way of a good story. And so it continues a theme throughout the trippy, jamming Hey Joe Opus Red Meat that carefully sews its grooves in a patchwork quilt of aural rainbows across a blue desert.