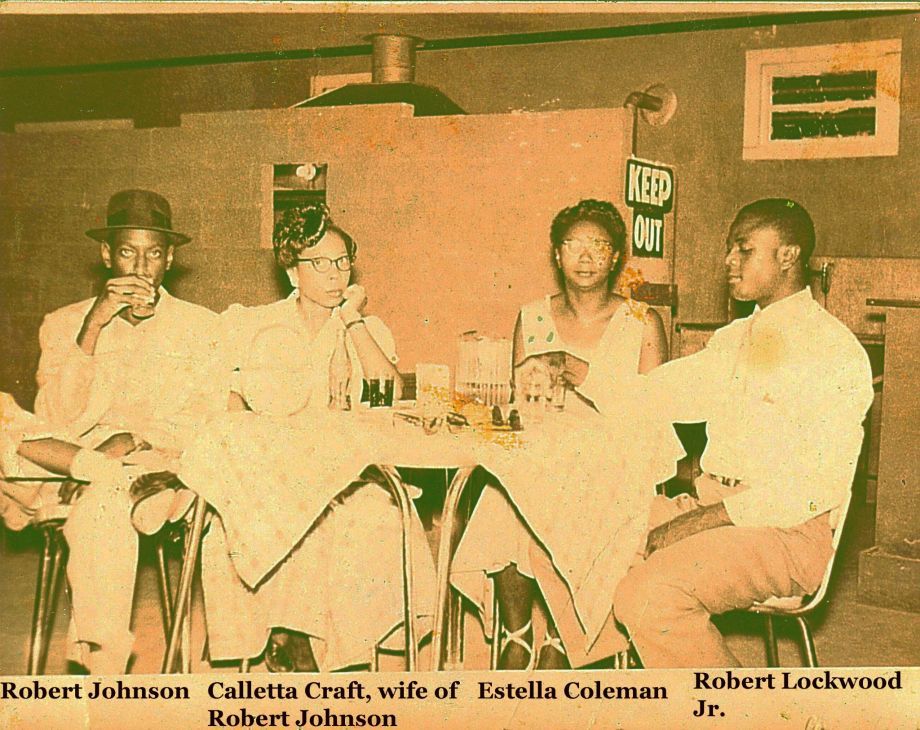 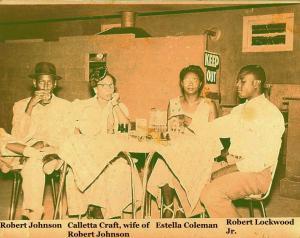 Publisher’s note: the validity of this photo has been hotly contested by many experts since the original release of this article. Considering the circumstances of the image’s find, contradicting compelling evidence within the photo, and without the ability to gain verification from immediate family (as there was with Johnson’s “Photo Booth” and “Guitar” pictures), it would be virtually impossible to consider this photo as authentic.

A newly-analyzed photo found in a Florida desk drawer is believed by some to be an image of blues legend Robert Johnson.

The identification comes from award-winning forensic artist Lois Gibson, who famously positively identified a different Johnson photo in 2008, which is still widely contested in blues and forensic circles, but was accepted by the Johnson estate as authentic.

The new photograph turned up in an antique Winthrop desk in Pensacola, Florida. A retired professor bought the desk at auction in 2013, and quickly noticed the photo among a drawer full of junk.

“I guess it was because of the hat,” said Donald Roark who found the photo, recalling his first glimpse of the picture, and his memory of the cover of the Robert Johnson album he owns. “I chuckled and thought that guy kind of looks like Robert Johnson.”

The three-by-five inch photo shows four people seated at a public table, Johnson supposedly on the left sipping a drink.

After years of suspicion, he reached out to Gibson, who says she gets around five requests for, apparently, Johnson verification every month.  “Ninety-nine percent of them I look at and well, I don’t laugh in their face, but I shrug it off,” she said. But Guiness World Record for most successful forensic artist took immediate pause at this photo, eventually analyzing and verifying the subject.

Advocates point to some further evidence found in the image. The picture purportedly uniquely depicts three other people who were Johnson associates: Calletta Craft, Johnson’s wife in 1931, who bears a distinct eye condition; Estella Coleman, who housed Johnson since 1933; and her son, Robert Lockwood Jr., who would become a well known bluesman in his own rite.

Johnson mysteriously died in 1938 at the age of 27, leaving few hard details of his life or even death — there are no less than three graves supposedly marking his final resting place in Greenwood, Mississippi. However he recorded 29 songs that would become some of the most influential music of the 20th century, giving inspiration to more contemporary stars such as The Rolling Stones, Led Zeppelin, John Lennon, The White Stripes, Fleetwood Mac, and many, many more who’ve often and loudly declared Johnson as one of their greatest influences.

Two pictures of Johnson have never been contested: a famed photo booth image of his head and torso, his hand fretting a guitar and a cigarette haplessly dangling from his lips, and publicity photo of the bluesman sitting on a stool with a Gibson L-1 Flat Top, taken on Memphis’ Beale Street. A more recent supposed third photo, also verified by Ms. Gibson, has been hotly refuted since it’s emergence.

In chronicling the fine details of Robert Johnson’s life, much of which has been swept away with the passing of the last 77 years, one thing is for certain: there will be much debate.