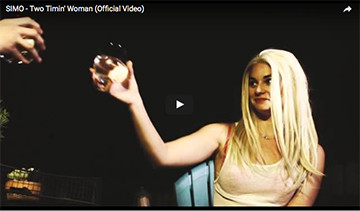 SIMO is on a roll these days. Their mind-bending Provogue Records release, Let Love Show the Way, is climbing the charts and doing well. This video release from the album, “Two Timin’ Woman” tips its hat to the Allman Bros. while being its own monster ride with large, full, gritty sound that will shake you! The audio is rocking, and the video is so cool, it’s frosty!

In all, Let Love Show the Way features 13 tracks, making for over an hour of solid, mind bending, soul satisfying blues rock that will make the hairs on your neck stand at attention.

Currently, the band is touring in Europe. Here is the schedule:

SIMO will be back in the USA when they perform at the Diamond Pub Concert Hall in Louisville, KY on April 22nd. Check out their full touring schedule here. To learn more about this rocking band, check out our interview with J.D. Simo.