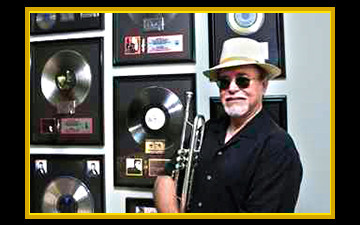 BREAKING – Trumpet legend Wayne Jackson, who co-founded The Memphis Horns with Andrew Love, has died of congestive heart failure at 74. This evening at 9:39pm Wayne’s wife Amy posted a statement on his Facebook page:

“Tonight I lost my husband and best friend to congestive heart failure. Wayne and I shared 25 magical and amazing years together. He was a beautiful soul who touched the world with his trumpet. As we mourn his passing, we also celebrate his incredible musical legacy, which he leaves us with. God gave him a gift, and he used it to the fullest. As he said in his 2012 acceptance speech for the Grammy Lifetime Achievement Award, ‘It’s been a dance of love between me and that trumpet.’ He loved his family, his friends and his fans the world over. Tonight raise a toast to a life well-lived.
All my love,
Amy”

You have been listening to Wayne Jackson‘s trumpet sing its song your entire life. It can be heard on 110 top ten records, and 52 number one records. Its song can also be heard on 15 Grammy Award winning records including Sam & Dave’s “Soul Man,” Otis Redding’s “The Dock of The Bay,” Isaac Hayes’ “Theme from Shaft,” Al Green’s “Let’s Stay Together,” and so many more.

Jackson has played on records with everyone from B.B. King and Luther Allison, to Aretha Franklin and Willie Nelson. Robert Cray, Peter Gabriel, U2, Steve Winwood, Billy Joel, Gary Moore, Sting, and Mark Knopfler are just some of the other artists whose work he has contributed to. Indeed, his career spans over 50 years during which he played in the Mar-Keys, as a member of the house band at Stax Records, and later, as a member of the legendary Memphis Horns. He toured with Robert Cray, The Doobie Brothers, and many other artists as well.

As founding members of The Memphis Horns, Jackson, along with saxophonist Andrew Love, is credited with originating what became the signature horn sound at Stax records on their classic hits including those recorded by Otis Redding, Sam & Dave, Wilson Pickett, and many more. In 2008 he was inducted into the Musicians Hall of Fame, and also the Arkansas Entertainers Hall of Fame. In 2012, as a member of The Memphis Horns, Jackson received the Grammy Lifetime Achievement Award.

Our thoughts and prayers are with his wife Amy, and all his friends and family.

We will all miss his humor, his sense of history, his talent, and his willingness to share with us.