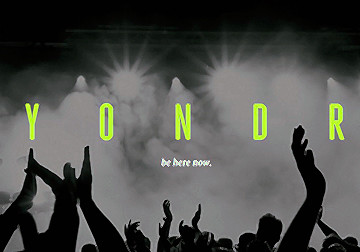 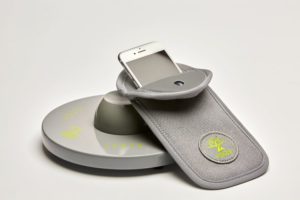 We’ve all been there. Our favorite artist has just released new material and we are hoping to get a glimpse before we attend that concert or buy that album. We scour YouTube for what we older folk refer to as a “bootleg” video. Don’t play coy, or arch your brow; we all know of what we speak here. Yes, indeed; we come across a “fan shot video” of said artist’s new material. It’s the one that was shot with a cellphone. There’s camera shake, and the vocals sound like Scooby-Doo singing underwater with auto tune. The video itself looks like it was shot by a Grateful Dead fan on multiple hits of Purple Dragon, and even the brief moments of clarity are besmirched by a knucklehead who insists on standing in front of the lens. The best is when there actually IS decent video and half-way, sort of decent sound, the person next to the fan that is filming thinks they are Axl Rose and sings along; loudly. Bless their little heart.

Now, let’s look at this from the artist’s perspective, shall we? This is work that they have loved with great effort to create and bring to fruition. Then of course there is packaging, distribution, and promotion. That’s a lot of effort and expense to bring the work and sweat of this artist to fans, old and new. Do we really think that artist wants all that hard work represented on YouTube as we have described it? No, of course not. They would rather fans wait for the release of their advance release professionally created video that promotes their new material, be it a concert DVD, a live tour, or a new album.

Enter Yondr, a San Francisco company founded in 2014 by Graham Dugoni, that allows venues and artists working on their own, or in partnership with each other, to eliminate guests from using their cellphones during events. Dave Chappelle and Alicia Keys are among the artists and acts that have used Yondr. Dugoni tells us, “Yes, artists are using it. Different clubs and venues are using it. We also offer [it] to schools, but the primary thing is musicians. Comedy has embraced it, but the idea – where it comes from and what I’m interested in, is live music.

“So, what normally happens is an artist will use us for the show, and then, the venue will approach us after the show and talk to us about cases of their own to keep, so they can just use it going forward. They can pay for the cost of it after just two or three shows, just building it into the ticket price. Also, what we have generally seen is that when we do shows, the bar sales go way up because people are not distracted, and on their phones, so, they go and drink more.”

What about Yondr being used during festivals? Dugoni is enthusiastic about this stating, “We’ve done some festivals in different capacities; that’s just starting to open up for us. That’s something we are moving into now.”

Fans should not be surprised if they encounter Yondr being used at an event or show they are attending. Upon entry, event and/or venue staff place the guest’s cellphone into a Yondr case which they “lock,” and then give to the guest. They will be able to keep their cellphone on their person, and should they need to use it, they can have the case containing it unlocked just steps away. Dugoni says, “It’s becoming more widespread pretty quickly. It’s a good thing.”

What about using the phone in case of an emergency, such as the shooting at the Pulse club in Orlando, Florida recently? Dugoni points out that, “It’s clearly something that we thought about, and when venues use us, they always have a landline, inside the space, and there are also multiple unlocking mechanisms located inside, and also venue staff. So, in an emergency, they can use their phones.

“The most common reason is at the show, and the babysitter is home with the kids. They can come out to the lobby and unlock it, and they can use the phone there. That’s the way it is designed. It’s not to be a punitive thing. It’s to create a great environment for a show that everyone can enjoy more, and any of the little issues you need to resolve for people [can be resolved].”

Yondr is scalable, and Dugoni notes, “We do venues up to 5000; we can do venues up to 15,000. We do small venues and shows like that, 300, 400 persons, all the time. It’s very easy, and it’s quick, which is the important thing.” How economically viable is Yondr for venues such as a small club or theater? Dugoni says that it is easily within reach of such venues. “I mean we price it to make it easy for club owners and artists to pay for. Yeah, the pricing depends a little bit on quantity, but it is absolutely viable, and it is designed to be that way.”

Folks should expect to see Yondr more and more in educational settings, theaters, and other social settings where artists, and event hosts and sponsors do not want content being leaked. Yondr also allows everyone attending the event to fully experience and enjoy it without distraction, just like “the good old days.”