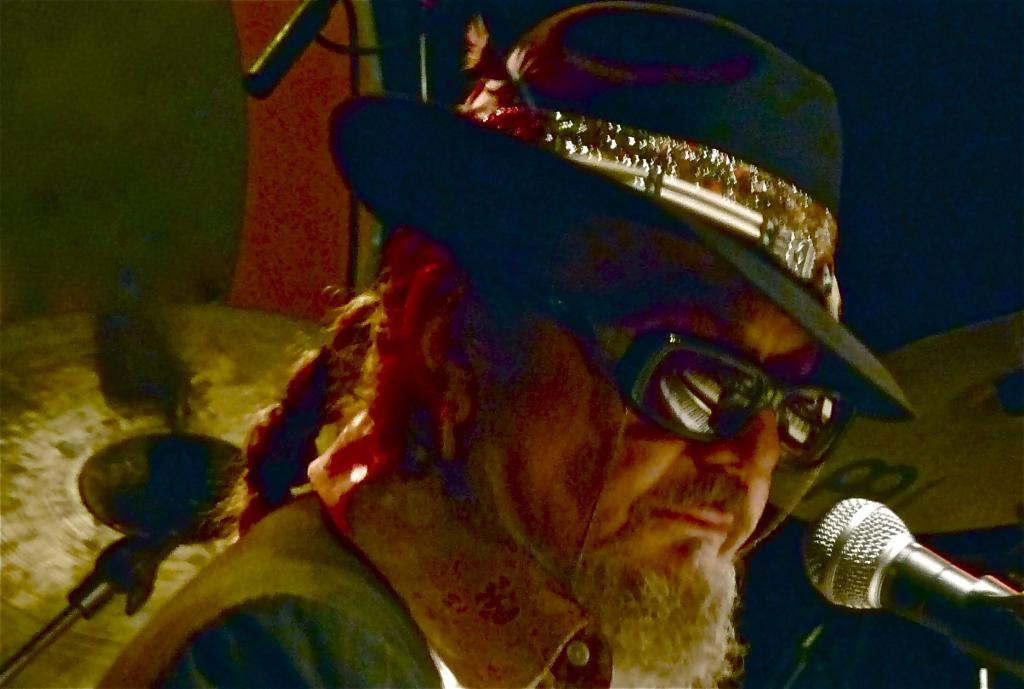 Dr. John the Nite Tripper, the famed New Orleans Piano Player, singer, songwriter, actor, and guitarist was so influential, he had a Muppet made after him, wrote the Popeye’s Chicken theme, and so much more. 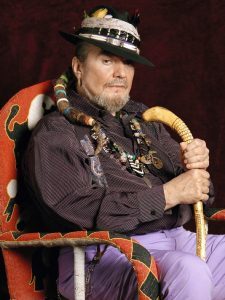 1. Where the “Dr. John” name came from – Malcolm John Rebennack, Jr., “Mac” was born and raised in New Orleans, Louisiana.

Growing up in the Crescent City surrounded him with Louisiana voodoo culture. He found out a distant family member was arrested with a Senegalese prince named Jean Montanet, AKA John Montaine, AKA “Doctor John,” for running a voodoo operation out of a whorehouse in the mid 1800s. Montanet was selling gris-gris protection amulets.

After a move to Los Angeles in the 1960s, Rebennack, always the showman, adopted the stage persona of Dr. John Creaux The Night Tripper. His debut album release in 1968 was appropriately titled, Gris-Gris.

2. Dr John is still the Youngest A&R Record Man in history – Almost everyone in Rebennack’s family, it seemed, played piano, and his Aunt Andre taught him to play as well. However, guitar was Rebennack’s first love, and he was good at it, learning from local guitarists including Earl King.

Dr. John wrote his first song at age 14. While still in Louisiana, he wrote songs for, and accompanied artists including Art Neville, Joe Tex, Frankie Ford, Allen Toussaint, and his personal hero, Professor Longhair. At 16, he was hired as an A&R man by Johnny Vincent, for Ace Records. The youngest in history, his record stands to this day.

3. Dr John’s nearly losing a finger changed his instrument – Prior to a show, a motel manager was pistol whipping Mac’s long-time friend and lead vocalist, Ronnie Barron, over a tryst that Barron was having with his wife.

Rebennack stepped in and the man shot, nearly taking the ring finger of Mac’s left hand completely off. Although emergency surgery saved his finger, it healed at an awkward angle, making it difficult to fret a guitar. He did play bass for a short time, but eventually concentrated on piano and organ.

4. He honed his chops in the seedy side of the Big Easy – Although already a successful songwriter, musician and producer, Dr. John did live on the wild side of the music scene.

A heroin habit, which gripped him until 1989, helped his removal from Jesuit High School. His bands played in bucket of blood joints and strip clubs along Canal Street and Jackson Avenue.

For a time in the 1950s, Rebennack even ran a brothel, and sold narcotics, which got him a two year sentence in federal prison. ” It was pretty great,” he would later say of the gut bucket music scene. “We worked 365 days a year, 12 hours a night, and did sessions during the day. I’ve always thought that my chops were a lot better then than they ever have been since.” 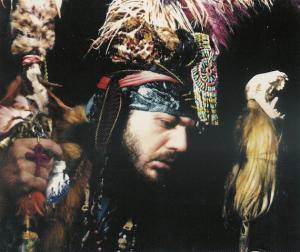 Like Screamin’ Jay Hawkins, he would appear on stage in a puff of smoke, dressed in elaborate costumes reminiscent of Mardi Gras, with beads, feathers and bones. Sometimes only in body paint.

Dr John’s lyrics contained voodoo chants, and he would douse the audience in glitter. There were snakes and gris-gris dancers. For some time a man named Prince Kiyama toured with the band, and during the performance would bite the head off a live chicken and drink the blood. That all came to a screeching halt when they were arrested after a show in St. Louis, Missouri for “lewd and lascivious performance and cruelty to animals.” In his own unique version of the language, Dr. John later described it as, “another one of my rocket scientifical ideas.”

6. Dr John was part of the Wall of Sound… and played with everyone – For a short time after his arrival in Los Angeles, Dr. John was a member of the Phil Spector Wall of Sound Orchestra, better known today as The Wrecking Crew — a group of A-list session musicians that backed nearly every record coming out of Southern California in the 1960s.

7. Dr. John’s songs touched a Muppet, Popeye’s Chicken and even Bonnaroo Music Festival – One of the lyrics from Dr John’s always-recognized song, “Right Place, Wrong Time,” was the inspiration for the title of the 1973 Emerson, Lake & Palmer album, Brain Salad Surgery.

He wrote, and originally sang the jingle for Popeye’s Chicken, “Love That Chicken”. Although written by Steve Geyer and Mike Post, the title song, “My Opinionation,” for the 90s sitcom, Blossom, was performed by Dr. John. The highly recognized Bonnaroo Music Festival, takes its name from Mac’s 1974 album, Desitively Bonnaroo.

He also partly inspired the Muppets character, Dr. Teeth, leader of the all muppet band, The Electric Mayhem. 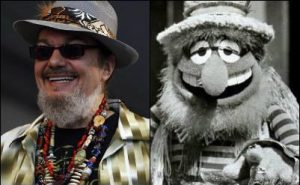 Let the record show, however, that the very first W.C. Handy Award for Blues Album of the Year in 1980, went to Professor Longhair’s Crawfish Fiesta, on which Dr. John played guitar.

9. The Katrina aftermath – Although Rebennack had relocated to New York some years earlier, the destruction that Hurricane Katrina wrought on his beloved hometown in 2005, left him angry with the politicians and devastated by their lack of concern.

Only days after the storm, he performed the Bobby Charles song, “Walkin’ to New Orleans,” to close the Shelter from the Storm: A Concert for the Gulf Coast telethon which raised money for the Red Cross and Salvation Army relief efforts. In November of that year, he released the 4 song EP, Sippiana Hericane, to benefit the New Orleans Musicians Clinic, Salvation Army, and the Jazz Foundation of America. He also led the way in raising funds to assist displaced musicians.

10. Dr John’s first gig was as a Model – Young Malcolm Rebennack’s first gig was not musical. His mother, a fashion model herself, got his cherubic face on boxes of Ivory Soap.