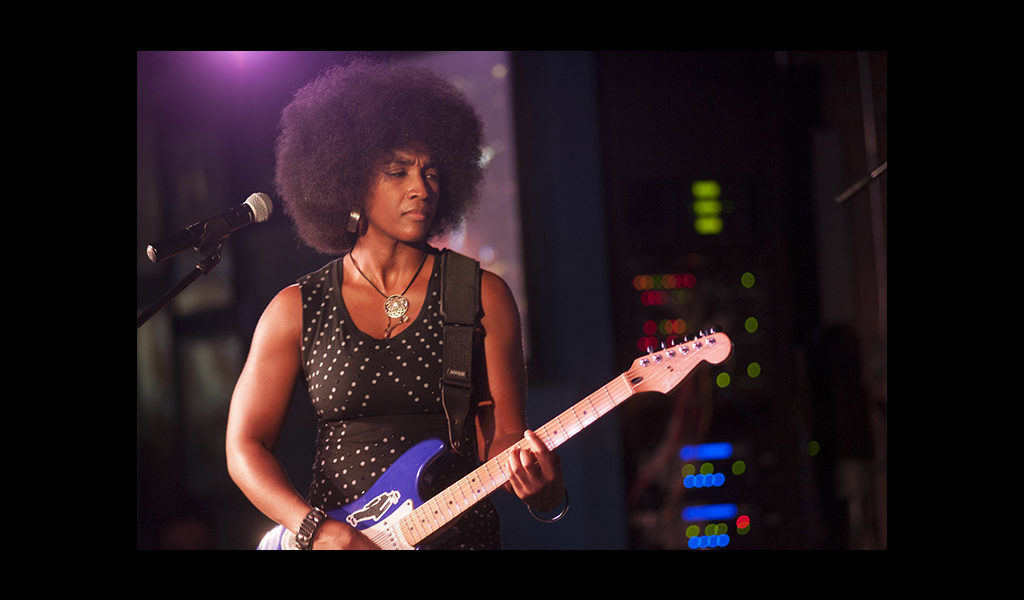 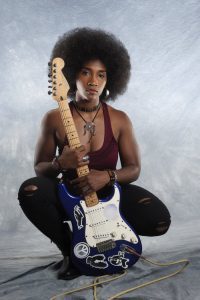 Buddy Guy’s Legends club on South Wabash Ave in Chicago is known around the world as one of the premiere venues for blues that will move your soul, and groove your heart. On any given evening a blues devotee might be favored with the stylings of Jimmie Vaughan, Guy King, Mike Wheeler, Toronzo Cannon, Tweed Funk, Bobbie Rush, Lurrie Bell, and many more. The late Johnny Winter even played there. You just never know who you might see on stage.

That being said, imagine that you are an up-and-coming talent on this venerated Chicago blues stage, trying to make your way, and have your voice heard. This past Friday evening, Melody Angel made sure she was heard. After all, here she was opening for the masterful John Primer and his Real Deal Band. At one point during the show, before launching into a blistering recounting of Howlin’ Wolf’s “Spoonful,” she told the crowd “I feel this thing, music – you know? I don’t care what nobody think. Once I get up here, that’s it. I let it all out.”

Let it all out she did indeed. Ms. Angel didn’t leave any horses in the barn; they were out, running free in the wind. From the first as she jumped into Bo Diddley’s “I’m A Man,” sung as “I’m a Woman,” it was apparent that this would be a strong performance. Her fingers coaxed tone from her Fender Strat that was a marriage of Eric Gale, and Muddy Waters. For her second number she channeled the beauty of Gary Clark Jr.’s “Numb” as a cross between Jimi Hendrix and Clark himself. When she finished, several guests remained pasted back against their chairs, taking a moment to regain their composure. Un-believ-able!

Other highlights of the evening included an artful, joyously noisy, high octane shredding of the Albert Collins standard, “If Trouble Was Money.” When we speak of “harnessing power,” Angel’s expressive playing is akin to flying a Dragon, approaching that moment where freedom borders right on the edge of control, and the rider is within a hair of chaos, but reins it in enough to keep it together. It’s a beautiful thing to behold, especially in a player so young. Angel went on to play an intensely felt, distortion drenched, “Ball and Chain.”

Naturally, Angel finished the evening paying tribute to her inspiration, Jimi Hendrix, with a lively, thoughtful version of “All Along The Watchtower.” Besides her playing, what makes Angel such a powerful performer, is her strongly impassioned vocals. We can’t wait to see her continue to grow. What a future she has! If you get a chance to catch Ms. Angel live, do it!

Did you miss this show, or maybe you saw it and want to watch again? No worries! As an American Blues Scene reader, you can use the code BUDDYGUYTV to watch Melody Angel and John Primer play a full night of blues for free.

Also: Mark your calendars! Melody Angel will be opening for Buddy Guy in January at Legends on Sunday, January 15th.