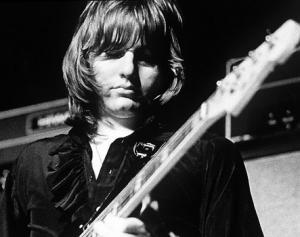 Lake’s passing is being deeply felt by fans and friends alike. On Twitter, Genesis guitarist Steve Hackett said, ” Music bows its head to acknowledge the passing of a great musician and singer, Greg Lake.”

Rick Wakeman, keyboardist in pro rock band Yes wrote, “Another sad loss with the passing of Greg Lake. You left some great music with us my friend & so like Keith, you will live on.”

Although ‘most everyone remembers Lake for his time with Emerson, Lake, and Palmer, sometimes folks forget that he began establishing a blueprint for what would come to be known as “Progressive” rock, or more commonly, “Prog,” with the group King Crimson, along with the talented Robert Fripp.

Lake continued to grow and influence the prog movement with ELP, which he formed with Keith Emerson, being joined by Carl Palmer. The band often combined heavy rock with passages having classical leanings. Several of their albums were groundbreaking, as well as being hits. Of course, a majority of the press and critics blasted them for their extravagant production, and what was perceived as self-indulgence. ELP would have the last laugh though, selling over 48 million records.

He had once told The Guardian “We never had any commercial or financial intentions, but of course, now everyone wants to know how it feels to receive all the lovely royalties, which are apparently delivered by wheelbarrow by Santa himself, after a long day climbing down everybody’s chimneys.” He believed that having the music speak to fans and audiences was what it was all about. He is quoted on his website statimg, “The greatest music is made for love, not for money.”

Lake’s composing skills, as well as his vocals produced music of quality, and great beauty; his bass lines and his guitar playing adding several more layers of aural dimension and emotive incitement.

With the onset of the Punk movement, and other emerging styles, ELP’s popularity waned, and the band broke up in 1979. They would come together and do tours in the succeeding years, and although they were well received, things would never be the same as “the old days.”

When Kanye West sampled 21st Century Schizoid Man in his song, “Power,” another generation was turned onto the work of King Crimson.

The music that Greg Lake left for us will continue to speak to us for many years yet to come. What more could he have asked for?