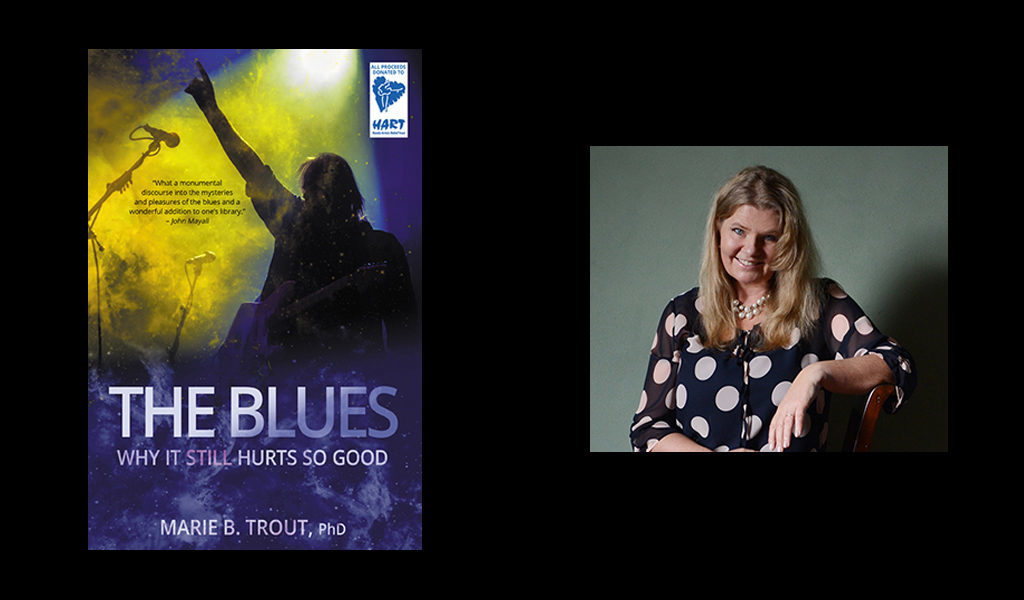 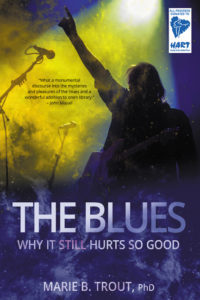 Marie Trout has been on a roller coaster ride of epic proportions for the last couple of years. Truth be told, Trout has been on that ride from the very day that she met the love of her life, her husband, Walter Trout. She has been his manager, best friend, muse, wife, and from the beginning, Marie has shared Walter with his fans.

Some might find this ride a wee bit too intense for them to deal with in the long run. For Trout, the roller coaster ride has enriched her life in ways she could not have fathomed when she first met Walter. She has seen what the world of a performing artist is like, from the inside perspective as a manager, and now, through her new book, from the perspective of blues fans.

The Blues – Why it Still Hurts so Good, available February 3rd, examines various aspects of blues music, the roles that it plays in the lives of fans, and why their hearts hold it so closely to them.

Not only did Trout survey more than one thousand blues fans, but additionally she spoke with performers, industry insiders, authorities, and professionals as well. There were many revelations along the way. Some made sense when thought about for a moment, and others were a surprise. The majority today’s blues fans are white baby boomers, and still today, in this day and age, their love of the blues strengthens and heals them. For them, the blues is honest and “real,” in a world that is complicated, full of half-truths, and where sometimes, it requires a lot of effort to find the truth.

Some of the other discussions in the book include how “… the blues fills needs that our current culture doesn’t.” In examining the healing effects of blues music on fans Trout says, “One of the most moving things for me doing this work, was to unpack the therapeutic effect of this music, and how it helps us find peace with what we otherwise might have a hard time finding words to even express. For me, it felt like sacred work to be allowed into this universe that felt like not a lot of people were let into. People were really talking with their guard down. That was such an honor.”

One of the reasons that Trout wrote this book was to find out what fans are getting from the blues. “They may not be oppressed and marginalized, but that doesn’t mean that they don’t get something profoundly important out of this music. That’s what I wanted to explore.”

In describing this much-needed book, Walter Trout’s mentor and family friend, John Mayall, said “What a monumental discourse into the mysteries and pleasures of the blues and a wonderful addition to one’s library.”

For an in-depth examination of the blues and blues fans in the present day, The Blues – Why it Still Hurts so Good is an informative must read. All proceeds from book sales benefit the HART Fund.

The Blues – Why it Still Hurts so Good

By Marie B. Trout, PhD