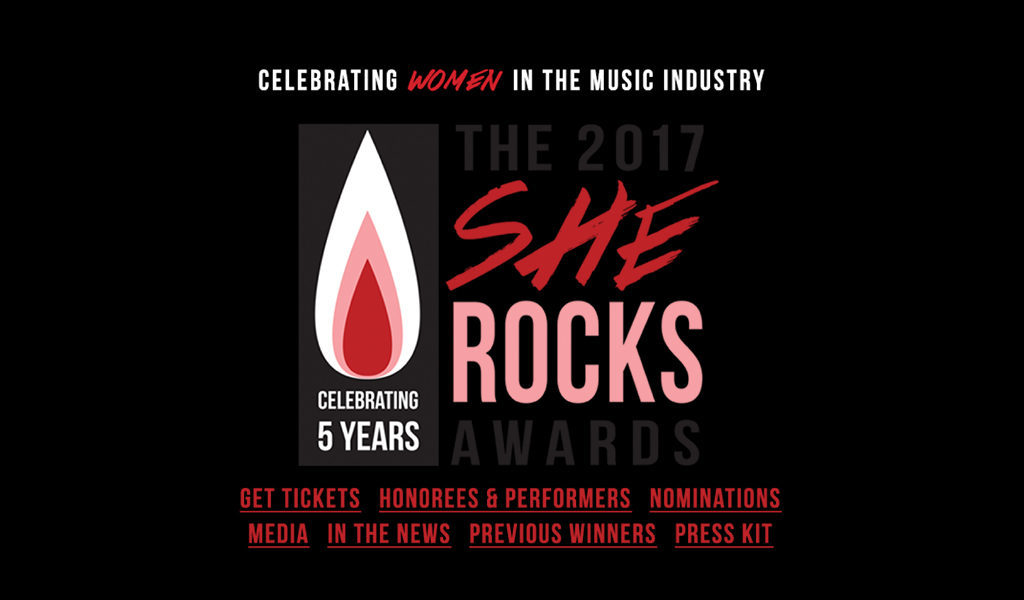 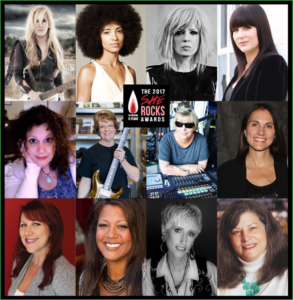 Anaheim, CA – This year, the She Rocks Awards will celebrate their 5th anniversary on January 20th at the Anaheim Hilton Hotel during the NAMM Show. The She Rocks Awards pay tribute to women who display leadership and stand out within the music industry. This year’s show will feature co-hosts Christine Devine of KTTV FOX 11 and Tish Ciravolo of Daisy Rock Girl Guitars.

With featured performances, hors d’oeuvres and beverages, giveaways, a silent auction, networking opportunities and more, the She Rocks Awards brings together industry professionals, music icons, artists, fans and media for a one-of-a-kind event that celebrates women in music. Yes, men are always welcome too!

Click here to view all the previous She Rocks Awards honorees.