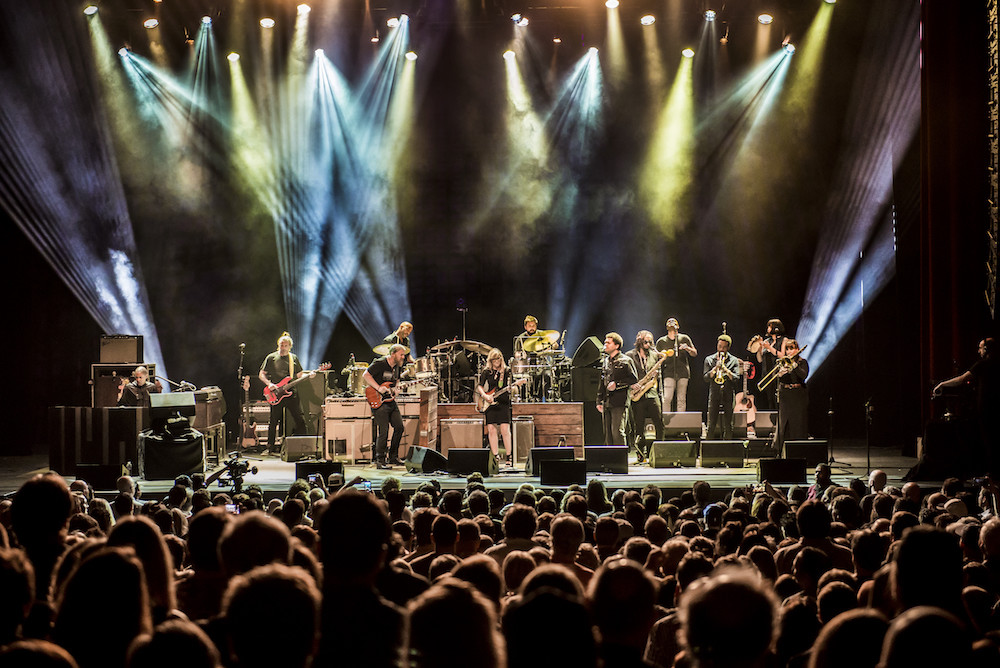 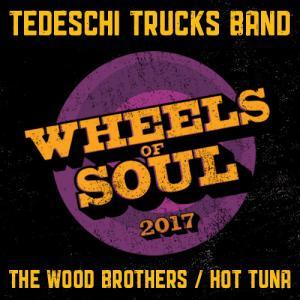 NEW YORK, NY – The Tedeschi Trucks Band has announced the third installment of their Wheels of Soul Summer Tour. The 12-piece ensemble, led by husband and wife Derek Trucks, and Susan Tedeschi will be supported throughout the tour by longtime friends and collaborators, The Wood Brothers, and Hot Tuna. The tour is scheduled to hit some of the country’s premier outdoor venues on the most ambitious Wheels of Soul tour to date. This year’s tour adds a second night at the illustrious Red Rocks Amphitheatre, with special plans in the works to make both nights unique events.

The annual summer run has become more than just a fan favorite, it has become a highlight for the headliners as well. “It’s been great to develop this tour into an annual event where we get a chance to hit the road and share the stage with fellow musicians we love and respect,” says Tedeschi about the summer tour runs. “Each year we try to find bands that share our musical vision while bringing their own unique talents to this traveling circus.”

Trucks adds that this tour offers a unique opportunity for both the musicians and fans, “Every year as the tour rolls along the collaborations between all the musicians grow and grow. It inspires and challenges us in new ways and I think that really translates to the audience when they see how much fun we’re having with our friends.”

Formed in 2010 after Tedeschi and Trucks recorded and toured for years as solo artists, TTB is a live music juggernaut, touring over 200 days of the year. Currently on a series of North American tour dates, having just played multiple nights at the Chicago Theatre, the band plays three already sold-out nights at the Warner Theater in Washington, DC at the end of February, and ends their tour with a three-night stint at Nashville’s storied Ryman Auditorium before a European tour in the spring. A live TTB record is in the works and will be announced later this year.

The Wood Brothers are coming off their most successful year yet, including performances at Bonnaroo, Red Rocks and Carnegie Hall. For more than four decades, Hot Tuna has played, toured, and recorded some of the best and most memorable acoustic and electric music ever.

Tickets go on sale to the public on Friday, January 27th. The latest on-sale ticket information is available here.