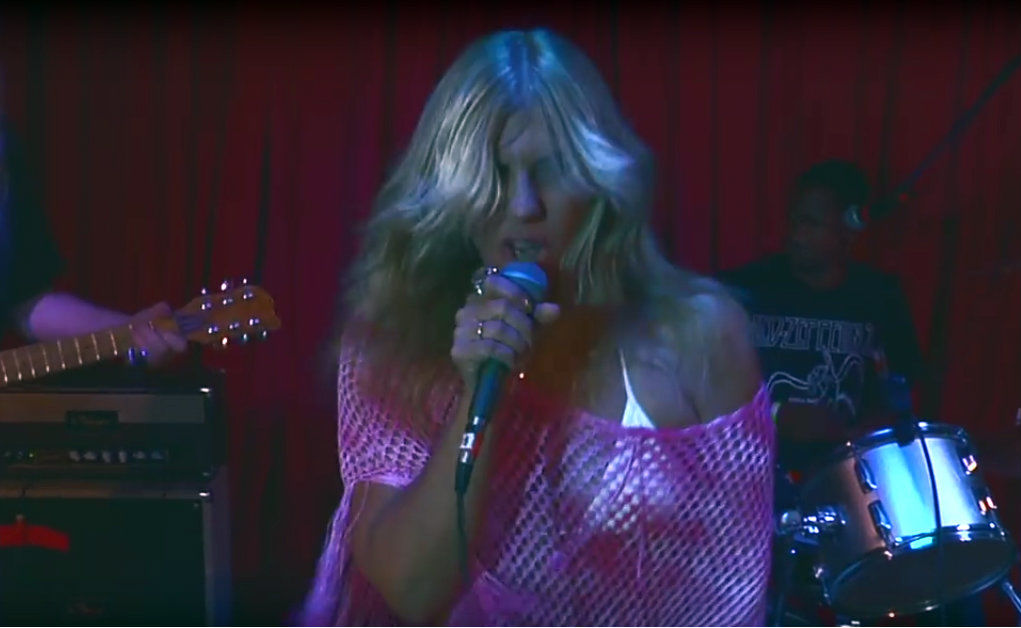 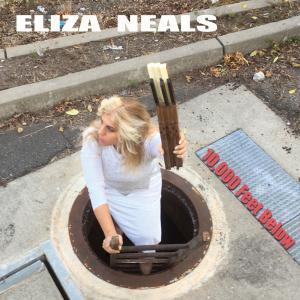 Detroit blues rocker, Eliza Neals has accomplished the near impossible. On her new, self-produced offering, 10,000 Feet Below, she gathered 16 fellow musicians, in five different studios, and created one brilliant album. We use the word brilliant in describing the record as exceptionally clever, not bright, and shining, because this E-H Records release is anything but. Henry Stuckey may well have invented the “gothic” blues sound, but Skip James took it to the next level, Ledfoot gave it the name, and now, Neals has perfected it.

Her operatically trained voice is sexy, and menacing. It drew us in to her essence so tightly, that we felt stifled, yet unwilling to escape. Neals took us to a confined, sweltering place, and welcomed us. There are wafts of fresh air throughout 10,000 Feet Below. Take a deep breath during the foot-stomping, hand-clapping opener, “Cleotus.” Long time confidant, guitarist, and songwriting partner, Howard Glazer, adds the perfect resonator accompaniment to a song that is made up of flawless vocal layering. It’s gospel tinged, country blues, in an urban backdrop.

All bets are off when the fully electrified, “Another Lifetime,” begins to play. Glazer’s searing guitar work, punctuates Neals’ vocals, and Hammond B3 organ. While we’re on the subject of her vocals, she’s been compared, vocally, to Janis Joplin, but that’s a misnomer. The one exception would be a couple of b-b-b-b-baby moments in “You Ain’t My Dog No More.” Janis, God love her, could never quite hit those highs without falling into a primal scream. Eliza, on the other hand, not only can, but does. There may be a bit of gravel, reminiscent of Danielle Nicole, or the late, great, Koko Taylor, but Neals’ powerhouse voice is unequivocally her own.

“Burn the Tent Down,” is a flat-out rocker. Her creative lyrics put us in the midst of a southern barbecue, that may just party itself into oblivion. Paul Randolph’s seductive bass lines, add nicely to this one.

Some old blues imagery appears throughout the record. “Downhill on a Rocket,” is a gritty, swampy piece that references voodoo, while on the title track, Neals describes crawling up from hell after winning a battle with ol’ Scratch, himself. On “At the Crossroads,” we expected to hear another revamped Robert Johnson tale. We were right, and we were wrong. Neals version of the tale is haunting, with just her piano, and some truly evil guitar, supplied by Rock and Roll Hall of Famer, and Jimi Hendrix tutor, Billy Davis. Her vocals begin, and end, in the depths of what may very well be the manhole she’s is descending on the cover.

“Cold Cold Night,” has a jazzy, almost acoustic feel, and features guest guitarist, Paul Nelson. Nelson has some of the best guitar chops in the business, and the list of artists with whom he’s worked, reads like a Who’s Who of music. This song, although again mentioning the devil, is another refreshing whiff of the world above.

A galaxy of other guest musicians appear on 10,000 Feet Below. Bassists, Randolph, Lenny Bradford, Mike Griot, and John Abraham all add their individual bottom. Drums and percussion are provided by Skeeto Valdez, Demarcus Sumter, Brian Clune, Rubin Nizri (who also engineered the album), and John Medeiros. Piano, Rhodes, Hammond B3, and vocals are all handled by Neals herself.

Neals also wrote or co-wrote each song, with one standout exception. She gives new life to the renamed Skip James classic, “Hard Killing Floor.” While James’ version was written about The Great Depression, Neals cleverly reworks it into a story of the kind of depression we all know from time to time. Once again, Glazer’s piercing guitar adds the correct bit of despair. One couldn’t have picked a better song to cover on this album. It fits, hand in glove, with Neals’ original compositions, while showing proper respect to the original.

Although we were unable to pick one favorite from this eclectic collection, the funky,  wah-wah driven, “Merle Dixon,” did trip our collective triggers. It’s bluesy, soulful, and right on time in our ears.

An interesting side note to this record is the story behind the piano. The 1937 Hardman grand, which Neals so deftly plays, spent six decades in a Baptist church, and another 20 years in an old music club. The congregants may not approve of the “devil’s music” it produces now, but we damn sure do.

10,000 Feet Below is not a casual listening record. On this one, you drop the needle and prepare to marinate in all that is Eliza Neals. It’s a warm, welcoming experience, but just remember to breathe.