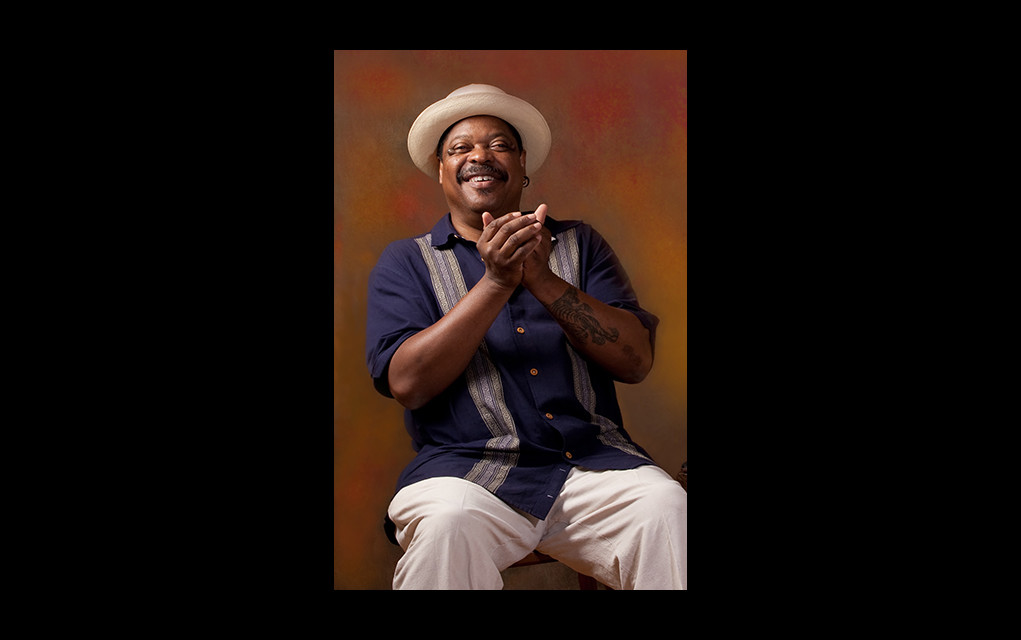 Washington, D.C. – Washington, D.C. native Phil Wiggins, a Takoma Park, Maryland, resident, blues musician, teacher and artistic director, is only the third harmonica player to receive the lifetime honor of an NEA National Heritage Fellowship since the inception of the award. Today he is the only living player of the instrument to hold the prestigious honor of “Master of Traditional Arts.”

About the National Heritage Fellowship

Often referred to by its unofficial designation as “Living Cultural Treasure” award, the fellowship honors and preserves the diverse cultural heritage in the United States. The National Endowment for the Arts (NEA) annually awards one-time-only NEA National Heritage Fellowships to master folk and traditional artists, to recognize lifetime achievement, artistic excellence, and contributions to our nation’s traditional arts heritage. The organization states, “Since the program’s inception in 1982, more than 400 master artists have received a fellowship. Nominees must be worthy of national recognition and have a record of continuing artistic accomplishment. They must be actively participating in their art form, either as practitioners or as teachers.

Fellows are selected according to criteria of authenticity, excellence, and significance within the particular artistic traditions. Fellowships are awarded on the basis of nominations from the public. Nominations may be for individuals or for a group of individuals (for example, a duo). The recipients must be citizens or permanent residents of the United States. Posthumous fellowships will not be awarded. A national panel reviews the nominations and makes recommendations to the National Council on the Arts, which subsequently forwards the names to the NEA Chairman for final approval. Each year, the fellows are invited to Washington, DC, to receive the award in a special ceremony on Capitol Hill, followed by a concert celebrating the artists and presenting their art to the general public.”

In the Company of Greats

The NEA National Heritage Fellowship has been bestowed on some of the greatest luminaries in traditional and folk music. In the traditional blues genre, past winners include some of the most important figures in blues history: B.B. King, John Lee Hooker, Pinetop Perkins, Sunnyland Slim, Elizabeth Cotton, Clifton Chenier, Robert Lockwood Jr., Honeyboy Edwards, Brownie McGhee, Jack Owens, Mavis Staples and her father Pops Staples, and many more. Harmonica players Sonny Terry and Elder Roma Wilson are the only other harmonica instrumentalists to receive the honor.

A Tip of the Hat to Regional Traditional Piedmont Blues

Phil Wiggins now joins the ranks of his eminent elders, friends and compatriots in the Washington, D.C area traditional Piedmont blues scene to win this distinguished award. His former duo partner, the Piedmont blues singer and guitarist John Cephas, received the National Heritage Fellowship Award in 1989. Phil’s friend and early career catalyst , the great blues singer/guitarist and songster John Jackson received the honor in 1986. The blues singer/guitarist and songster Warner Williams, who took the award in 2011, is now the only other living practitioner of the regional traditional blues besides Phil Wiggins with this recognition.

Phil Wiggins is a versatile traditional harmonica player, continuing the Piedmont blues tradition, a gentle and melodic blues style of the mid-Atlantic region. He plays the diatonic ten-hole harmonica in the country blues style, cupping both hands around the instrument and playing acoustically. His sound is not shaped by the gear, the microphone or amplifier when performing on stage, instead by his complex syncopated patterns, breath-control and rhythm, stylistic virtuosity and fiery solo runs.

As a teenager living in Washington D.C. in the 1970s, he played at the Smithsonian National Folklife Festival with street singer Flora Molton, sitting in with blues greats Johnny Shines, Sunnyland Slim, Sam Chatmon, Robert Belfour and Howard Armstrong. By the time he graduated from high school in 1973, D.C. blues elders John Jackson, John Cephas and Archie Edwards had embraced him. He joined the Barrelhouse Rockers, a band fronted by pianist and singer Wilbert “Big Chief” Ellis, where John Cephas played guitar. They toured regionally until Ellis retired in 1977, when John Cephas invited him to join in the duo ‘Cephas & Wiggins’.

With John Cephas as guitarist and primary singer, the duo performed together for 32 years as internationally renowned stars of the country blues, and a staple on blues radio, ever present on the concert and festival circuit – all with the help of National Council for Traditional Arts director Joe Wilson. Cephas & Wiggins played Carnegie Hall, Royal Prince Albert Hall in London and the Sydney Opera House, as well as small venues worldwide, touring every continent except Antarctica. They recorded more than a dozen critically acclaimed albums, including on Flying Fish and Alligator Records, winning the prestigious W.C. Handy Blues Award in 1984 for Best Traditional Album of the Year and in 1987 as Entertainers of the Year.

They even performed at the White House with B.B. King. Phil Wiggins as well as Cephas & Wiggins have been featured in major music magazines, including on the cover of Living Blues, and the Washington Post, the New York Times, the Chicago Tribune and many more. University of Maryland professor, author, blues historian and producer Dr. Barry Lee Pearson has released numerous Cephas & Wiggins tracks on his Smithsonian Folkways album collections, in addition to his frequent writings over more than 30 years, which also featured the duo and John Cephas’ autobiography.

Since the 2009 death of John Cephas, Phil has performed with numerous musicians including Nat Reese, Corey Harris, Australian guitarist Dom Turner, Ben Hunter and Joe Seamons, Sherman Holmes, the Rev. John Wilkins, Jerron Paxton, and longtime friends Eleanor Ellis and Rick Franklin. He fronts the acoustic swing/roots/blues ensemble, the Chesapeake Sheiks, and is actively engaged in reuniting the Piedmont blues with its origins of African American buck and tap dancing.

Phil Wiggins has taught thousands of burgeoning harmonica players and actively continues to teach and lead as artistic director in workshops, such as at the Augusta Heritage Center of Davis & Elkins College in West Virginia and the Port Townsend Acoustic Blues Workshop in Washington State. Plus, he continues to play an active role on the board of the National Council for Traditional Arts.