10 Groups You May Not Remember From the 60s 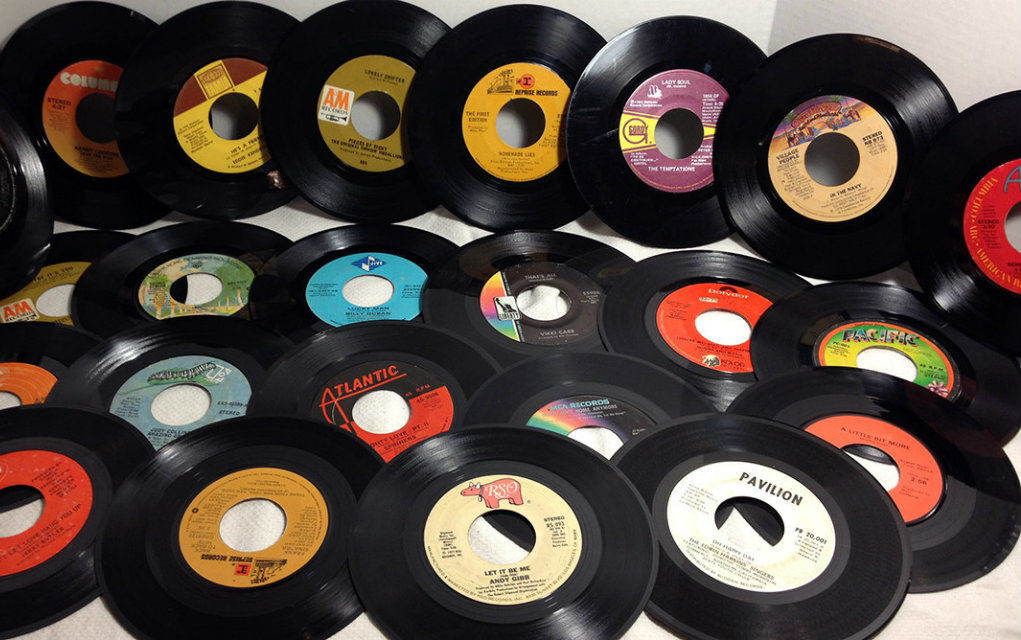 In the 1960s, most of our music came on 45s, those seven-inch discs that contained one song on each side. 45s were everywhere. They were played on the radio, stacked into jukeboxes, and sold to the public by the millions.

Radio was the prominent way to sell records then. If they slipped through the cracks of radio airplay, a great band may never be nationally known. Still, thousands of bands were making music, pressing it onto those convenient discs, and touring the nation.

Groups that were making great music, sometimes hit quickly, and then were gone. Here are ten groups from the decade of change that you may have forgotten.

An American rock group from The Bronx, they were on the forefront of the psychedelic music scene. In 1966, they released their only hit song, “(We Ain’t Got) Nothin’ Yet” on the Mercury label. The song went to number 5 on the charts and scored the band a tour the following year, opening for The Who, and Herman’s Hermits. (You read that right, Herman’s Hermits were the headlining act). Two members of the group went on to bigger and better things. Eric Kaz has written hit songs for Linda Ronstadt, Bonnie Raitt, Kim Carnes, George Strait, and many others. Joey Stec is a successful musician, songwriter and founder of Sonic Past Music.

Nashville native, Edwin Starr, is best known as the Motown soul man who’s biggest hit, “War,” came in 1970. Prior to that release, he had several pop and R&B hits including, “Agent Double-O-Soul,” “Stop Her on Sight (S.O.S.),” “I’m Still A Struggling Man,” and “Twenty-Five Miles.” Beginning his career with the doo-wop group, The Future Tones, he soon began recording for a small label in Detroit, Ric-Tic. Starr was one of the main reasons why Barry Gordy purchased the label in 1968, melding it into his Motown powerhouse. Many of Starr’s Ric-Tic songs such as “Back Street,” and “Headline News” became Northern Soul classics once they fell under the Motown umbrella.

A garage rock band from Struthers, Ohio, The Human Beinz may be one of those bands that would easy to forget. Except that their only hit song, “Nobody But Me,” will forever be a musical trivia category. The song went to number 8 on the charts in 1968, having been written, and previously recorded by the Isley Brothers. The recording’s two 31-fold repetitions of the word “no” fulfill Casey Kasem’s “Book of Records” category of most repetitive word or phrase in a Hot 100 top 10 hit, besting the 26-fold repetition of “I know” in Bill Withers’ “Ain’t No Sunshine”. Their only other song to make international waves was the cover of Bobby “Blue” Bland’s “Turn On Your Love Light.” It barely broke the Top 100 in the US, but got all the way to number one in Japan.

Originally called the Val-Aires while still attending Turtle Creek High School, The Vogues came together after military service, or college of several members. Steeped in traditional pop, they became a blue eyed soul juggernaut. Most of the songs that hit for The Vogues, were covers of previous hits. “You’re the One,” was a Top 30 hit in the UK for Petula Clark, but The Vogues took it to number four in the US. “Turn Around, Look at Me,” was a hit for Glen Campbell, The Lettermen, and Bee Gees, before The Vogues took it into the Top 10. Bobby Helms had a gold record with “My Special Angel,” in 1957. Eleven years later The Vogues revived it, taking the song to #7 on Hot 100 and two weeks at #1 on the Easy Listening charts. Their biggest hit though, was one that they were the first to record. “Five O’Clock World” hit number one status just two months after its release.

English singer, Carol Hedges, took her stage name from two prominent entertainers of the time. Billie Holiday, and Sammy Davis, Jr. She became Billie Davis, and had her biggest success with a cover version of The Exciters’ “Tell Him,” in 1963. Later that year Davis had a run of bad luck that held back her career. She left the Decca label due to financial disagreements. She was also in an accident that broke her jaw. To top it off, she was riding in a limousine at the time of the accident with bassist Jet Harris. Harris being an unhappily married man, and Davis being only seventeen years old, the rumors flew. She returned to Decca in the late 60s making hits of “Angel of the Morning,” and a Northern Soul version of Louis Jordan’s “I Want You to Be My Baby,” written by jazz legend, Jon Hendricks.

Butler is the younger brother of soul master, Jerry Butler, and played guitar in his elder brother’s band. The Butlers had already made their way to Chicago from Mississippi by the time Billy was born. Butler followed in his brother’s footsteps, singing with a vocal group while in high school, and making his first recording in 1963. His first recorded work was produced by Curtis Mayfield, who had performed with Jerry in The Impressions. The biggest hit for Billy was “I Can’t Work No Longer,” in 1965. His other hits included “Get on the Case,” and “The Right Track” which went on to become #11 in the Northern Soul Top 500. A songwriter in his own right, Butler wrote songs of his brother as well as other soul hit makers including Major Lance, and Impressions veteran, Gene Chandler.

In the mid 1960s, the Amen Corner was a weekly disc-spinning party at the Victoria Ballroom in Cardiff, Wales. On Sunday nights, a DJ known as Dr. Rock would play the hottest soul music from the United States. That was the inspiration for The Amen Corner, the band. All their hits were on the UK charts, but several got radio play in the US as well. Their first hit, “Gin House Blues,” was a cover of “Me and My Gin,” recorded by Bessie Smith in 1928. Other hits included “Bend Me, Shape Me,” originally released by The Outsiders, and The American Breed, and “(If Paradise Is) Half as Nice,” which was their only number one. Upon their breakup, members of the group joined Fairweather, Mott the Hoople, Bee Gees, and Eric Clapton.

The son of a preacher, Don Covay began his musical career in his family’s gospel group, and then went secular with the Rainbows. His solo career began in 1957 when he became Little Richard’s chauffeur and opening act. An R&B, soul, and rock and roll singer, Covay had hits with “Mercy Mercy,” (with a young Jimi Hendrix on guitar) and “Seesaw,” (which he co-wrote with Steve Cropper). Even though we may not remember the name right away, the songs he wrote are forever etched in our memories. Chubby Checker’s “Pony Time,” Wilson Pickett’s “I’m Gonna Cry (Cry Baby),” Little Richard’s “I Don’t Know What You Got but It’s Got Me,” and Aretha Franklin’s “Chain of Fools,” all came from the pen of Covay. He also wrote music for artists that include Etta James, Otis Redding, Wanda Jackson, Rolling Stones, and many more.

Born in Birmingham, Alabama, Frederick Earl “Shorty” Long, made his name in Detroit – for too short a time. Long was a soul singer, but also a multi-instrumentalist, songwriter, and record producer for Motown’s Soul Records imprint. He came to Motown in 1963, and released his first single, “Devil with the Blue Dress On,” the following year. “It’s a Crying Shame” followed, along with “Function at the Junction,” and “Night Fo’ Last.” Long’s biggest hit was “Here Comes the Judge,” in 1968. It reached #4 on the R&B charts, and #8 on the Hot 100. It was inspired by a comic act on Rowan & Martin’s Laugh-In about a judge named Pigmeat Markham, whose own “Here Comes the Judge” – a completely different song – charted two weeks after Long’s. Sadly, Long and a friend drowned in the Detroit River on June 29th, 1969, after crashing their boat. Stevie Wonder played harmonica at his funeral.

Mimms first made his mark in music as leader of Garnet Mimms & The Enchanters, which he formed with Sam Bell, Charles Boyer, and Zola Pearnell in Philadelphia in 1961. With Mimms at the helm, the group released eight charting singles in two years, including “A Quiet Place,” “Baby Don’t You Weep,” and their biggest hit, “Cry Baby,” which was also a later hit for Janis Joplin. Mimms left The Enchanters in 1964, and had several minor hits afterward, including “A Little Bit of Soap,” “It’s Been Such a Long Way Home,” and “I’ll Take Good Care Of You.” Many of these songs became standards in the British Northern Soul scene. Mimms toured with Jimi Hendrix, and had Led Zeppelin perform his song, “As Long As I Have You,” extensively in the late 60s.

We’d love to see some of your favorite “forgotten” 60s groups in the comments below.