Elvis’ Piano Up For Auction 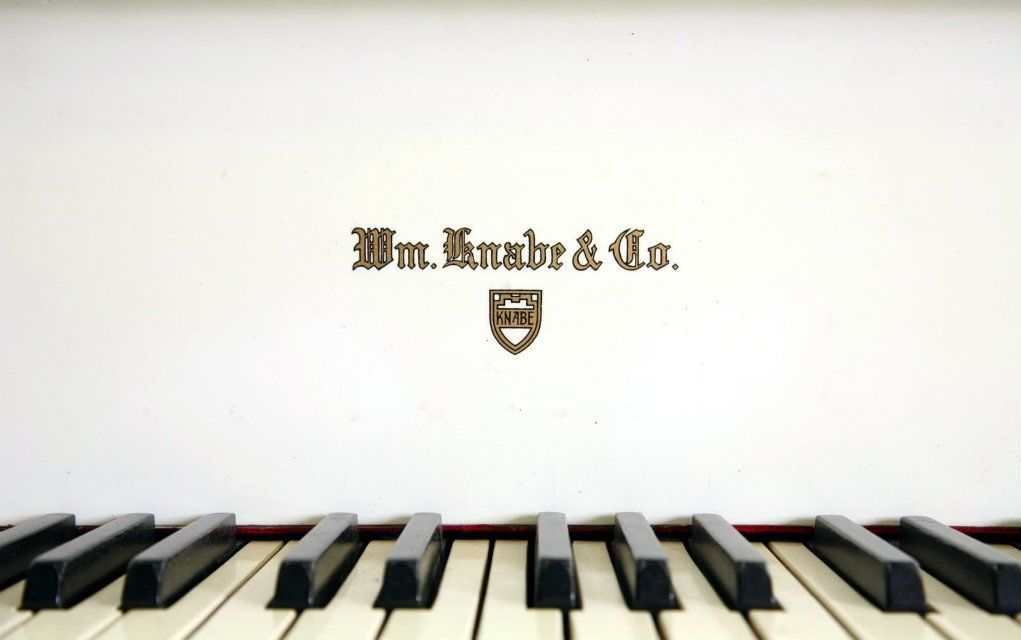 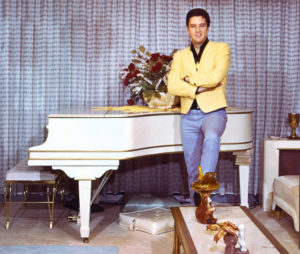 There are many instruments in the world that could be classified as iconic. Certainly, this 1912, white, baby grand piano, built by Wm. Knabe & Co. is among them. Having been previously owned by Elvis Presley is not its only selling point, but surely adds to its mystique.

Forty years after Presley’s death, the beautiful, baby grand that once adorned Graceland, will be auctioned via eBay. Bidding begins on Thursday, August 10th, at 8 pm EDT, and concludes at 8 pm EDT on Sunday, August 20th. It is expected to sell for millions, with ten percent of the proceeds earmarked for the Starkey Hearing Foundation. No fewer than three appraisals are included in the provenance, estimating the piano’s current value between 2.5 and 5 million dollars.

The earliest history of the white Knabe piano, Serial #70545, is unclear. From the early 1930s until 1957, it was used in Memphis’ Ellis Auditorium. During this time, the piano was played by Duke Ellington, Count Basie, Cab Calloway, and W.C. Handy, to name a few.

Memphis musician, and entrepreneur, Jack Marshall, was 20 years old and playing piano for the Gospel group, the Blackwood Brothers, when he met Elvis, and his mother, who would come to church to hear the group. In 1957, when the Ellis Auditorium was refurbished, the piano came to be in Marshall’s possession. Elvis heard about it, and obtained the instrument for just over $800, having Marshall, and the employees of his music store, strip and refinish it to his specifications. Upon completion, it was moved to the music room of Presley’s new home, Graceland.

There it stayed, being constantly played by Presley, and his friends, for rehearsals, and sing-a-longs at the mansion. In 1969, Priscilla Presley bought her husband a gold leafed piano as an anniversary present. The Knabe baby grand was put in storage. In 1976, Vernon Presley sold it to Sturges Recording Studio owner, Ted Sturges. Over the next five years it was used in the recording of over 50 albums at the studio, including several by Jerry Lee Lewis. In 1982, Jimmy Velvet purchased the piano for display in his museum. It remained there until 1990, when it was again sold. It has remained in private hands since.

For approximately five years, one owner had it standing on its side in a concrete storage room. In 1996 – 1997, now back in Memphis, the piano underwent a complete rehab by Coltharp Piano Service, the same company that maintained it during its stay in Graceland.