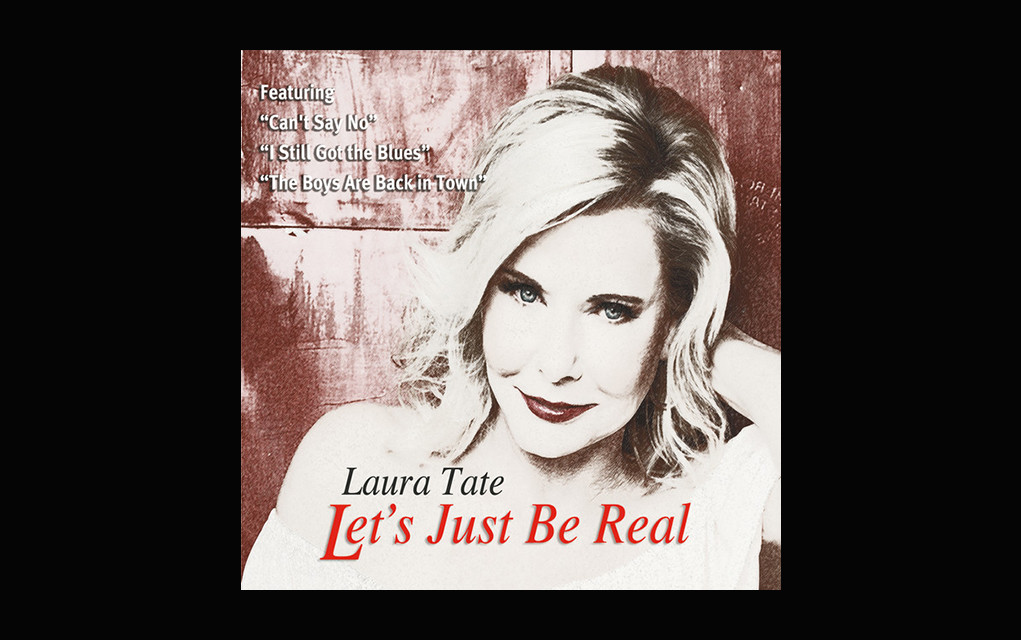 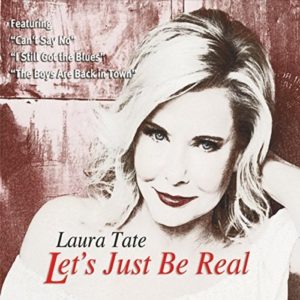 Texas-born Laura Tate began sharing her cheerful disposition and mesmerizing voice at the age of nine. However, music was not the only way she performed. Moving to New York as a young adult she studied at the Herbert Berghoff Studio School of Acting and the Stella Alder School of Acting. Her talents graced theatres across the US. As she grew her skills only expanded, and she quickly developed a bright career as a TV star, on-screen personality, and director. But music was always her true love. She released three albums in three years (2013, 2014, and 2015) then took her time producing a fourth to round it out. Let’s Just Be Real is that fourth album, and it thrives with the extra time and love poured into it.

Laura thrills alongside some names that are familiar to fans and followers. Terry Wilson accompanies her on bass in every track, as well as backup vocals. Jeff Paris not only shares his talents on piano in this album, but also on mandolin. However, we must make a special note of Pauline Cera, whose skills on saxophone perfectly complement the rest of the team. Her saxophone solo on “If That Ain’t Love” is especially noteworthy.

The tracks on Let’s Just Be Real are a smooth blend of reimagined classics and original material. Laura Tate blends blues, smooth jazz, swing, and soul masterfully. The first song on the album, a cover of Stephen Bruton’s “Nobody Gets Hurt,” has definite gospel and rhythm-and-blues influences, and Laura trims down the original to keep it short and sweet, a strong opening song. We especially enjoyed her rendition of “The Boys Are Back In Town,” originally by Thin Lizzy. While the original is an entertaining Gaelic gallivant, Laura’s version adds depth and soul that any blues fan can appreciate.

Finally, the title track, “Let’s Just Be Real,” is clearly a song that she’s put her all into. Laura bares her heart in this strong blues track that features a slow piano opening, gorgeous vocals, lyrics that manage to be down to earth while packed with literary references, and a strong trumpet section. “Let’s Just Be Real” is definitely a song that could get couples swaying on the dance floor.

We very much enjoyed Laura Tate’s Let’s Just Be Real. Her mature voice and creative leadership, combined with the instrumental talent surrounding her, has allowed her to craft a beautiful album that is sure to offer enjoyable listening to any who pick it up. There’s something for everyone on Let’s Just Be Real.