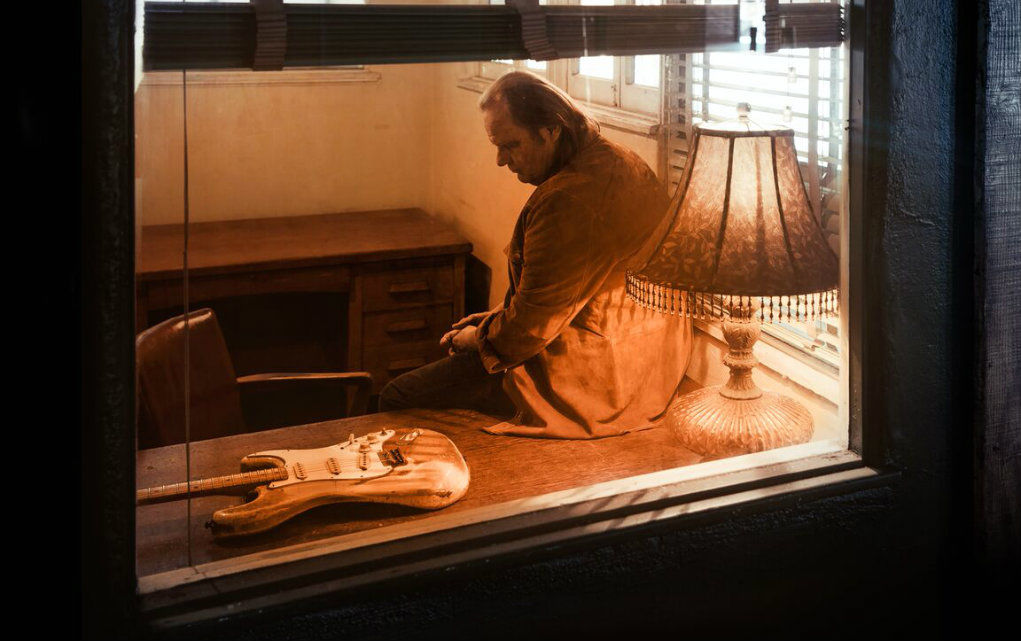 Editor’s Note: We recently had the opportunity to converse with Walter Trout. We spoke about his latest album, the current tour, his present-day status, and more. So much more, that we broke the interview into two parts. This is Part One, in which we discuss the current tour, Trout’s motivation to keep going, and his definition of a bluesman.

Walter Trout is an International success story. A virtuoso guitarist, and remarkably talented songwriter, he’s rocked the blues on this planet for over four decades. He makes it all happen with the love and support of his family. His wife, Marie, a successful author and life coach, is also his manager, and European agent. His son, Jon, is his tour manager, and band mate. However, the most astonishing thing about him, is that he, quite literally, came back from the dead to do it. We recently caught up with him prior to a show at Buddy Guy’s Legends in Chicago.

How are you doing Walter? Is Chicago treating you ok?

You caught me at a good time. I’m sitting in my hotel awaiting the arrival of a delivery pizza.

That’s got to be the greatest thing, having Chicago pizza delivered in Chicago.

Well, it’s a glamorous life out here you know. [laughter]

So you’re playing at Buddy Guy’s Legends the next couple of nights right?

Yeah, I play here a lot, but this is the first time they wanted us here for a whole weekend. That’s pretty cool.

The tour is going well then?

The tour’s going great. I would say there’s only been two or three shows on the whole tour that haven’t been sold out. Some of the shows, like Callahan’s in Detroit, is a month away and already sold out. It’s pretty amazing. It just goes to show if you do something for fifty years, all of sudden it catches on. [Laughter] An overnight success.

On this current tour, how far ahead are you already booked?

We’re already into 2018. It’s just going great for me, and I, honest to God, think I’m in the best time of my life. If somebody would have told me that three years ago, when I was laying there dead, I’d have had a hard time believing it.

Your comeback since the surgery has been nothing short of phenomenal.

This is the third album since I’ve come back, and it’s only been three years. I had the transplant on May 26th, 2014. I didn’t play in public until June 5th, 2015. That’s when I did my little debut at Royal Albert Hall. Instead of going to the corner bar to see what happens, I thought I’d do it under pressure. Believe me, that was pressure. That was my first time on a stage in over two years. I didn’t know what was gonna happen. When I got out man, I had to relearn how to play. I couldn’t play anymore. I had to start over again. That took a lot of work.

I understand your son, Jon, was a big part of that.

Yes he was. He is blazing right now. I mean, he is just tearing it up. He didn’t really start playing blues or solos until I got sick. I think he felt like he needed to carry this on. He felt like he was going to lose me, and he needed to carry this music on. I’m very moved by him. He’s playing with us on this tour, and he’s also my road manager. Being my road manager is not an easy proposition, but he’s doing a great job. There are times, I can tell, he gets a little perturbed with stuff if it doesn’t go right. He’s taking very good care of his dad, and that’s awesome. That’s his main responsibility out here, take care of me, and take care of the band. It ain’t easy, but he’s doing a wonderful job.

There are times I can’t find the ambition to climb the stairs. Where does your motivation come from?

After just about dying, and then coming back, I’m determined to live as much as I can. For me, being a musician, it’s what I do. It’s what I wanted to do when I was a kid. I still have an experience, when I’m trying to write a song, and I get writer’s block, I hear the voice of my mother. ‘Walter, you wanted to be a musician. That’s all you ever wanted to do. Instead of bellyaching, and getting all uptight, just sit down and make some music. It’s what you do.’ Then I write the song really easily. It’s all I ever wanted to do, and I’m going to keep doing it until I can’t do it anymore. 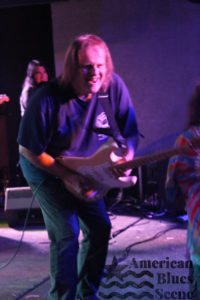 Tinsley Ellis recently did an interview and said, “There’s a lot of blues players, but not a lot of true bluesmen.” In which category do you see yourself?

I don’t know. That’s all a matter of definition isn’t it. To me, that’s a matter of semantics. What’s the bluesman life? You gotta be a drunk? You gotta be on heroin? Yeah, I’ve been there. I’ve been a heroin addict. I’ve been an alcoholic. I’ve been homeless. I’ve been divorced. Is that the bluesman life? According to John Mayall, who gave me the chance to sober up, no. ‘That doesn’t have to be the bluesman life,’ he said. ‘That’s some romanticized version of what it is to be a bluesman.’ Look at the people I’ve played with, and who hired me, like Big Mama Thornton, Percy Mayfield, Eddie ‘Cleanhead’ Vinson, Pee Wee Crayton, Canned Heat, John Mayall, so I don’t know.

That kind of question almost pisses me off. There is no genre of music that’s more argued about than the blues. There are purists out there who despise me, and I personally don’t give a fuck. I’m playing from the heart. I’m playing with all the honesty I can muster, but no matter how hard I try, I will never be an old black man from Mississippi. I’m a white kid from suburban, middle class New Jersey, but I have feelings and emotions just like anybody else. I’ve been through heartache, just like anybody else. I’ve done 200 shows a year, in 200 cities a year, for the last 40 years, except for two years off when I was dead. I don’t know what the bluesman life is. I’m a wandering troubadour.

Here’s something else I learned from Mr. Mayall. It’s possible to play this music with as much heart, and soul as you have, and play it with all the honesty you can. It’s possible to be devoted to it, without being a tormented, weird, drug-addicted fool. You can be a man with a family, whose trying to live a good life. You don’t have to be an asshole. You can just be a person. It took me a while to realize that. I sought it out. I’m going to be a drug addict because I think that’s what I’m supposed to do? Yeah, I did it, and look what it cost me – a new liver, even though two weeks ago I hit 30 years sober. All this arguing about what is blues, is just as real as that. I’m not gonna be Robert Johnson, it’s not happening.