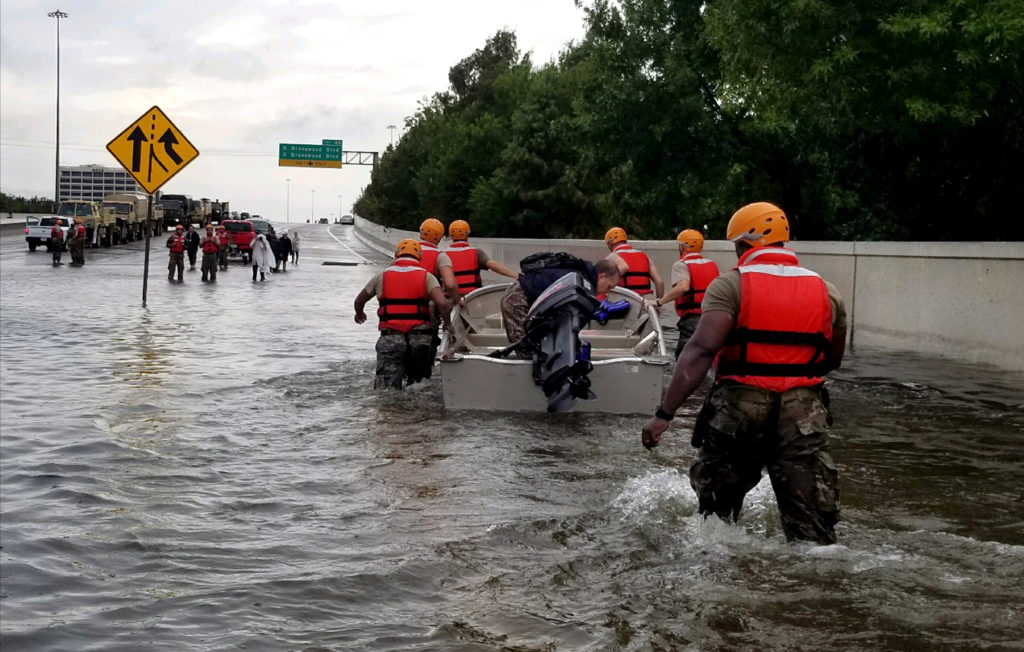 Houston, TX — The city of Houston, Texas, the fourth largest city in the nation, has witnessed immeasurable damage and it’s people have endured gut-wrenching hardship at the hands of Hurricane Harvey since this past Friday. There is water everywhere, more than chest deep in some neighborhoods.

Other cities and towns have also suffered inconceivable devastation from winds, floods, and even tornados, including Rockport, Texas, which by some estimations now has 40% of infrastructure described as “structurally unsound” and unusable.

As an attentive and giving nation watched the disaster unfold, they saw folks everywhere rally to aid the people of Texas. Assistance has come from as far away as New York, Kentucky, and Louisiana, but Texans themselves have been out in force helping their neighbors, even as some themselves have lost everything they once had.

Houston has played host to ZZ Top as our home base since we first banded together more than four decades ago, making us especially concerned with the plight of so many of our fellow Texans in the wake of the flooding caused by Hurricane Harvey. We are encouraged by the city’s and state’s recovery efforts from this tragic event and stand alongside our neighbors. Long ago, we recorded a song called ‘Heaven, Hell or Houston.’ We’re confident that, in the near future, the the first word will describe the title’s third word and the the middle will soon be overcome.

If you wish to help those in need as a result of Hurricane Harvey, check here for more info. The list includes national organizations, as well as local, on-the-ground organizations.

Note: The linked material is provided for informational purposes only. American Blues Scene does not endorse any organization listed over any other listed here.