We Talk In Depth With JD Simo About ‘Rise & Shine’ 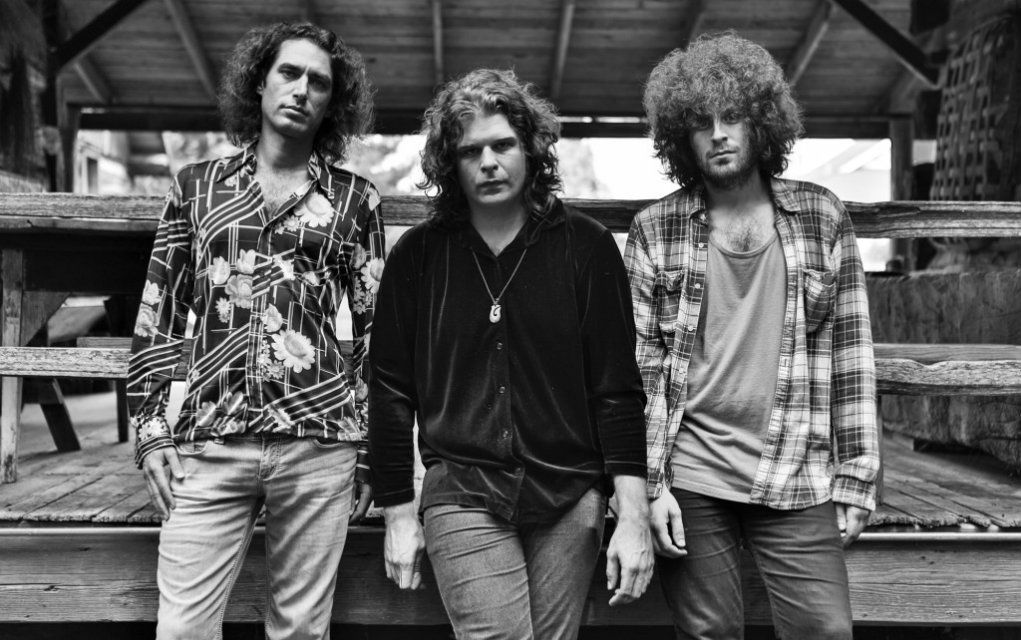 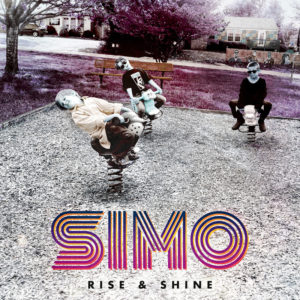 On their most recent release, Rise & Shine, the Nashville based trio SIMO has veered from the solid blues rock sound of their previous work into the world of soul, funk, and psychedelia. The album was released on September 15th, and SIMO is currently in Europe touring the new Provogue offering.

For a group that toured 300+ days last year, time is a commodity. Fortunately, we were able to catch up to lead guitarist/singer, JD Simo for his insights on the new sound, the influences behind it, and the process that made it happen.

So you guys are off to start the European tour?

Yes, we leave tomorrow. I’m really looking forward to it.

Your new album, Rise & Shine has been out for a little while now. What kind of reaction are you getting from it?

We did a release show here in Nashville. On the actual release date, we were in Philadelphia to do World Cafe Live for NPR. Then we did a little club show that night. Obviously we’re not that well known yet, but the response of people who hadn’t heard of us before has been real good. People who had heard of us were a bit surprised by it. It’s very different from what we’ve done before, and it’s really fun to hear their reactions.

It is a different branch of music for you guys. When I heard it, I got the feeling you were sound tracking my life. Shades of Parliament, and Earth, Wind & Fire, if they were playing a gig with Vanilla Fudge.

(Laughs) Well thank you. It’s a natural progression really. It wasn’t a conscious decision. Well, it was a conscious decision to try and do something that was beyond what we were capable of doing before. It was conscious in trying to push ourselves past things that were highly derivative of very specific things. This is just inevitably what came out. What it ended up being was not a calculated thing. It’s just what happened after a lot of hard work. We were trying to come up with the best material we could, and took a long time to craft the record over a very intense several months. And that was after coming home, after being gone for thee hundred days last year.

You guys are monsters on the road, as far as tour schedules.

Yeah. I don’t know anybody that did as much as we did last year. That’s for sure. Last year in particular, the biggest benefit to all that touring, was that it allowed us to figure out who we were. You can’t figure that stuff out just playing here and there. If you’re going to figure out who you are, it takes time. Last year really helped us focus, and distill all the things we like. What it is that we are became very clear.

SIMO is known for being minimalist in the studio. Was Rise & Shine recorded that way?

Well, yes and no. Every track is painstakingly crafted sonically. On every single song, we’d start from scratch. We had a very specific production note for every aspect of each song. That made it a rather labor intensive process. As a result, we would record maybe a song a day, or every two days. There could be four to six or more hours spent crafting each one. Once that was done, then we’d have to capture a really good performance.

Sometimes that would happen quickly. A couple songs near the end of the album, “Be With You,” and “I Pray,” were both recorded in one take. There are other songs on the record, for example, “Meditation,” where, I think we probably did thirty-some takes of that one. It wasn’t necessarily because we had made a mistake or whatever. We were just looking for a very specific kind of feel. We weren’t going to move on until we got it. Once the take was done, then I would immediately do the vocal, if I hadn’t done it live. Then I would carry on and do all the overdubs. It’s probably about half and half. Some of the tracks have very extensive overdubs, and some of them have very few.

To answer your question – yes, the same principle was applied. A performance is a performance. It’s not edited, or manipulated digitally. The vocal performances are unbroken, and un-tuned. But, at the same time, there was a lot of production experimenting going on. There are a lot of overdubs on top of it in some cases. So, it’s a bit of both. We also spent a couple months mixing the album, so there’s some manipulation in that process as well.

Who does the majority of the songwriting?

The songwriting is a combined effort, even though I’m the principal writer. There’s nothing we end up doing, that we don’t all work on together. Even if I bring in a completed work, we’ll work on it as a team and it may change quite a bit in that process. Again, it’s really a bit of both.

Do you do the majority of your writing on the road?

Oh yeah. You have to. Of course I write all the time now. I didn’t use to, but now I write a lot.

It’s my understanding that there have been some new influences, musically, on the band. To my ears at least, the entire release has a rather 70s vibe to it.

It comes and it goes. We definitely have varied influences. There’s things that each of us like individually. We definitely turn each other on to stuff. I’m probably the most voracious when it comes to looking for stuff I haven’t heard before. Adam, the drummer, is probably the least. I’m a Spotify junkie, and whether it’s new or old, I just like finding stuff I haven’t heard of yet. It’s a combined pool of influence though. Elad, the bass player, his father and brother are both life-long orchestra musicians, and both play in the Tel Aviv Symphony. So he has a monstrously big classical background. Adam really loves Cuban music, and is a big jazz fan, as I am. With me being as voracious as I am, there’s a lot of new music, and older music, that I’m constantly being turned on to. It’s a good push and pull.

Being gone as much as we were last year, you fight boredom a lot of the time. Seeking out new music is one of the things we would do. It’s easier to do now than it’s ever been. There’s also a lot of country influence in me. Before the band existed, I was a session musician in Nashville. I made my living playing on country records. Not necessarily the kind of country that I like, but the influence is there. It hasn’t really shown itself, stylistically, in anything we’ve done to date, but that doesn’t mean it won’t in the future.

What about the jam band influence that I hear on Rise & Shine?

Me, personally, I’m a very big fan of the Grateful Dead. Anything Jerry Garcia did I’m a really big fan of. I love the Allman Brothers. The original band, when Duane and Barry were alive, I don’t think there’s been a finer American band that’s ever existed, with the exception maybe of The Band. When it comes to American rock bands, there’s a handful of very special ones, and they are definitely in that category. But, when it comes to improvisation, or jamming, or whatever you want to call it, there’s also the influence of groups like Funkadelic. ‘Maggot Brain’ is a favorite record of ours. I really am a big fan of Eddie Hazel, and what he did on that record. All those records in the 70s. The Bar-Kays made a lot of great instrumental records that were pretty far out. Then there are guys like David Axelrod, who made instrumental music, back in the day, that was really cinematic. Miles Davis’ ‘Bitches Brew’ had an influence. It’s a whole bunch of things.

Even when I was a little kid listening to modern bands like Pearl Jam, or the Red Hot Chili Peppers – that would be an influence in that direction as well.

With your new tour underway, will you be working on music for the next project?

Absolutely. As far as inspiration goes, I’m just open to whatever comes across to me. That’s the biggest difference now. In the past, I don’t think I was secure enough in my own abilities to truly allow myself to be open. Last year I realized I was disappointed in my creative output, up to that point. Now, anything and everything that comes into my being, as it were, can be inspirational. Now, it all comes very naturally. I have no idea what it’s going to be. That freedom, that lack of expectation, is really fun.

With Rise & Shine being such a different sound from what people were used to from SIMO, do you see the group continuing in that direction?

Oh yeah. I don’t know what it’s going to be, just like I didn’t know what this record was going to be. I don’t think there will be an immediate return to the blues rock format of Let Love Show the Way, but if there is, it will be because it felt natural to do. I think the love of Rhythm & Blues, in and of itself, is at the core of everything we do. I don’t think that will ever be completely gone. But we have a willingness to try and reflect all the other types of music we like as well. This project was just trying to do something that was truly our own. I think that’s the goal that we’ll continue to push ourselves toward.