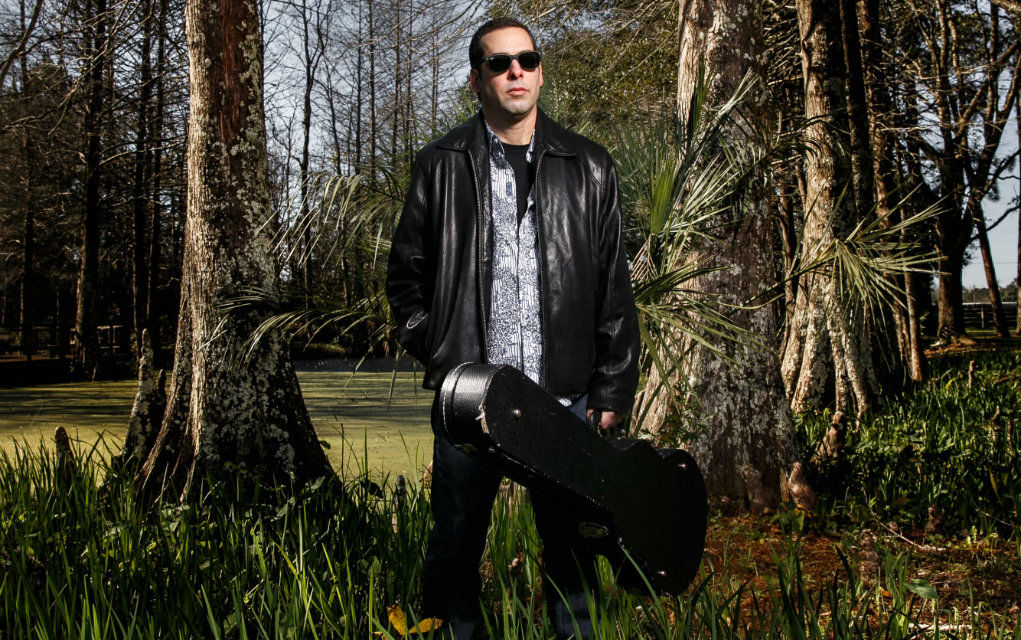 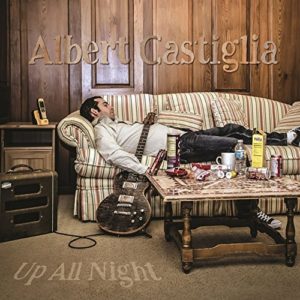 Up All Night is an apt title for Florida blues-rocker, Albert Castiglia‘s seventh album. Nobody sleeps when this man is in town. The release date via Ruf Records is September 22nd, and it makes everything Castigilia has released before sound tame.

Recorded at Dockside Studios in Louisiana, the warts-and-all mix, produced by Mike Zito, hammers home the Big Dog’s message. That message is crank it up! Up All Night kicks off with “Hoodoo On Me.” This grimy, guitar-driven track had us at attention from the git-go. Following up is the title track, “I Been Up All Night.” With some ultra-heavy wah pedal work, and a funky James Gang vibe, it’s a 12 bar rocker that is one of his most powerful to date.

Albert put a new band together for this project. Dynamic drummer Brian Menendez, and rock-solid bassist Jimmy Pritchard, round out the power-trio that cranked out 10 songs on the first day of recording. The music is raw, heavy, and bawdy. It may not be everyone’s cup of tea, but it’s a straight up shot of whiskey, with an espresso chaser.

This isn’t Castiglia’s first time around. Born August 12th, 1969, in New York – before moving to Florida aged five – he made his professional debut in 1990 with Miami Blues Authority. He truly hit the international radar when Junior Wells invited him into his solo band for several world tours. “It was an incredible adventure,” recalls Castiglia. “Ever since I was a kid, I wanted to be a Chicago bluesman. Junior opened the door for me to do that.”

“Three Legged Dog” is a strutting, guitar screaming, ear splitter fo’ sho’. One of those songs that make the post pubescent girls squeal. The true life story of “95 South” comes to us with some stellar slide work à la “Slydeco King,” Sonny Landreth. We could feel the anxiety of trying to outrun a hurricane with the band. “Knocked Down Loaded” has a 70s barroom feel, with enough cowbell to keep Christopher Walken satisfied.

Up All Night isn’t all hard, heavy rockers. “Quit Your Bitching” is an electric slow burner, and the album ends with the one-take, live recorded, acoustic jam of “You Got Me To That Place.” After 10 hot, electrified tracks, the closer is a cleansing breath of bluesy elegance.

Another stellar piece is “Unhappy House of Blues.” With lyrics by Cyril Neville, and some haunting harmonica, it’s a completely empathic six minutes of blues bliss.

Our pick for favorite on Up All Night is “Chase Her Around the House.” It has early rock ‘n roll energy, complete with hand claps, and addresses an age-old male need. Castiglia says, “It’s about coming home and wanting to devour your significant other after being on the road for a long time.” Anyone who travels for a living can relate.

We’re proud to present the world premiere of “Chase Her Around the House.”

Title: Up All Night