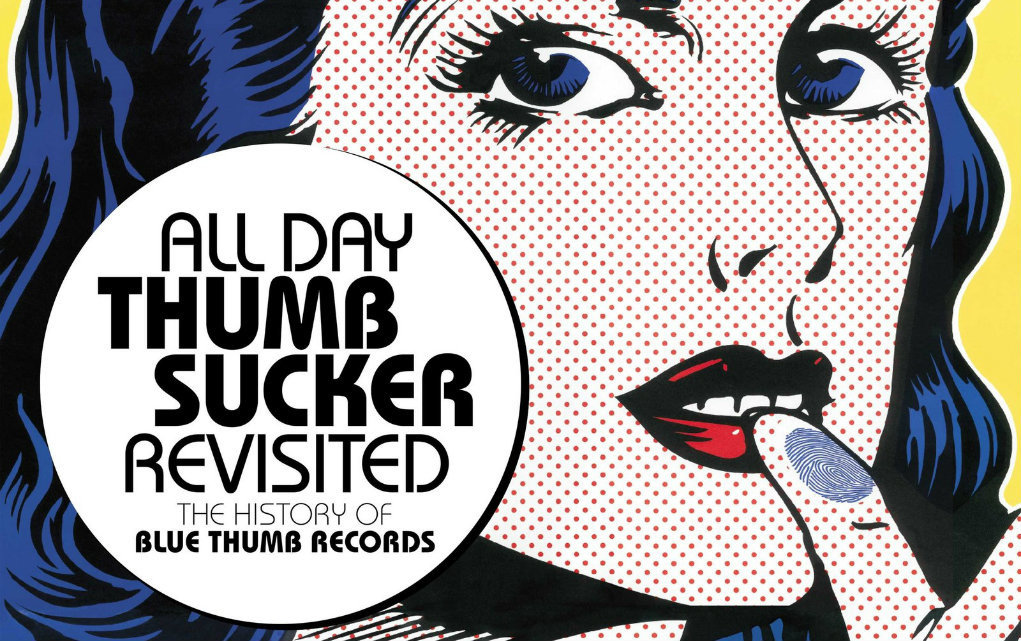 For ten years, Blue Thumb Records was one of music’s most adventurous and imaginative record labels. From 1968 to 1978, they nurtured an eclectic assortment of artists from a wide variety of genres. Blue Thumb embodied the restless creative spirit of the era in which it was born, reflecting the emerging attitude that albums were worthy of being taken seriously as artistic statements.

Blue Thumb’s expansive musical vision was anthologized on the 1995 label retrospective All Day Thumbsucker Revisited. Verve Records/UMe has released the long-out-of-print collection in an updated, two-CD edition on the eve of next year’s 50th anniversary of Blue Thumb’s founding. The set offers 32 vintage tracks spread across two discs, while the digital edition, due November 10th, marks the first time this collection will be available as a digital download and for streaming. In showcasing Blue Thumb’s influential artist roster, the album also honors the musical vision of late label founders Bob Krasnow, who died on December 11th, 2016, and Tommy LiPuma, who passed away on March 13th, 2017.

Along with 30 tracks from the original album, the 2017 edition of All Day Thumbsucker Revisited features two additional tracks by Buddy Guy, and the Pointer Sisters. In addition to the above-mentioned artists, the album also includes a track by veteran pianist-journalist Ben Sidran, who also provided the original album’s liner notes, which are reproduced in their entirety.

As Joe Sample of the Crusaders observed, “LiPuma and Krasnow were young and vibrant men with a tremendous love of music. And they also had the expertise to back up that love.”

All Day Thumbsucker Revisited was released on CD October 27th, and is available everywhere.

Disc One
1. Only You Know and I Know – Dave Mason
2. The City – Mark-Almond
3. Put It Where You Want It – The Crusaders
4. A Song For You – Leon Russell
5. Stimela (Coaltrain) – Hugh Masekela
6. By The Light Of Magical Moon – Tyrannosaurus Rex
7. Yes We Can Can – The Pointer Sisters
8. Darkness Darkness – Philip Upchurch
9. Son Of Mirror Man – Mere Man – Captain Beefheart and His Magic Band
10. Sugar on the Line – The Aynsley Dunbar Retaliation
11. Little Mama – Luis Gasca
12. Canned Music – Dan Hicks and His Hot Licks
13. Riffin’ (A.K.A. A Motif Is Just A Riff) – Buddy Guy, Junior Wells, and Junior Mance
14. I’ve Been Loving You Too Long – Ike & Tina Turner
15. Fat Jam – Ben Sidran
16. Southern Man – Sylvester and the Hot Band